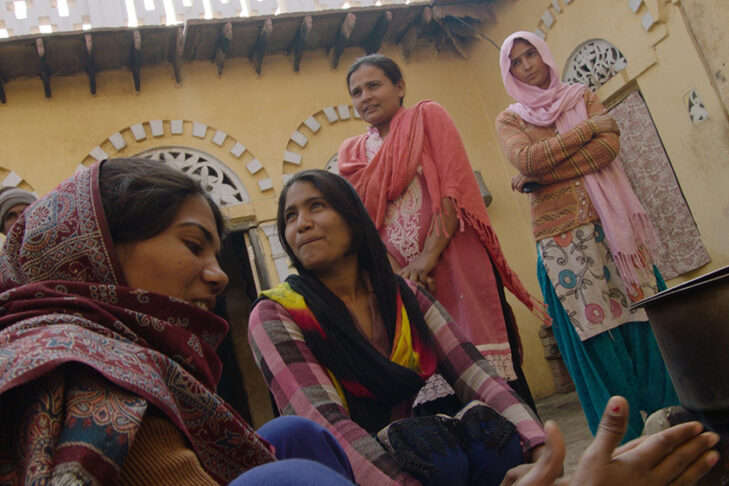 My paternal grandmother gave me jewelry when I got my first period. My maternal grandmother warned me I would become infertile if I showered when I menstruated. And my mother forbade me to use a tampon lest I accidentally break my hymen. These things occurred in one family—my family. In the middle of the maelstrom of these conflicting, scary messages was my much-older father. Born in 1919, he was embarrassed, confused and fearful about buying me sanitary napkins.

I told Anita Diamant about my grandmothers’ divergent reactions to my menarche over coffee. It’s a comforting conversation, a natural conversation. We scoff that menstruation is commonly known as “the curse.” We note other superstitions around menstruation, such as not touching plants, not baking, not touching a partner. We talk about how powerful and magical menstruation is. 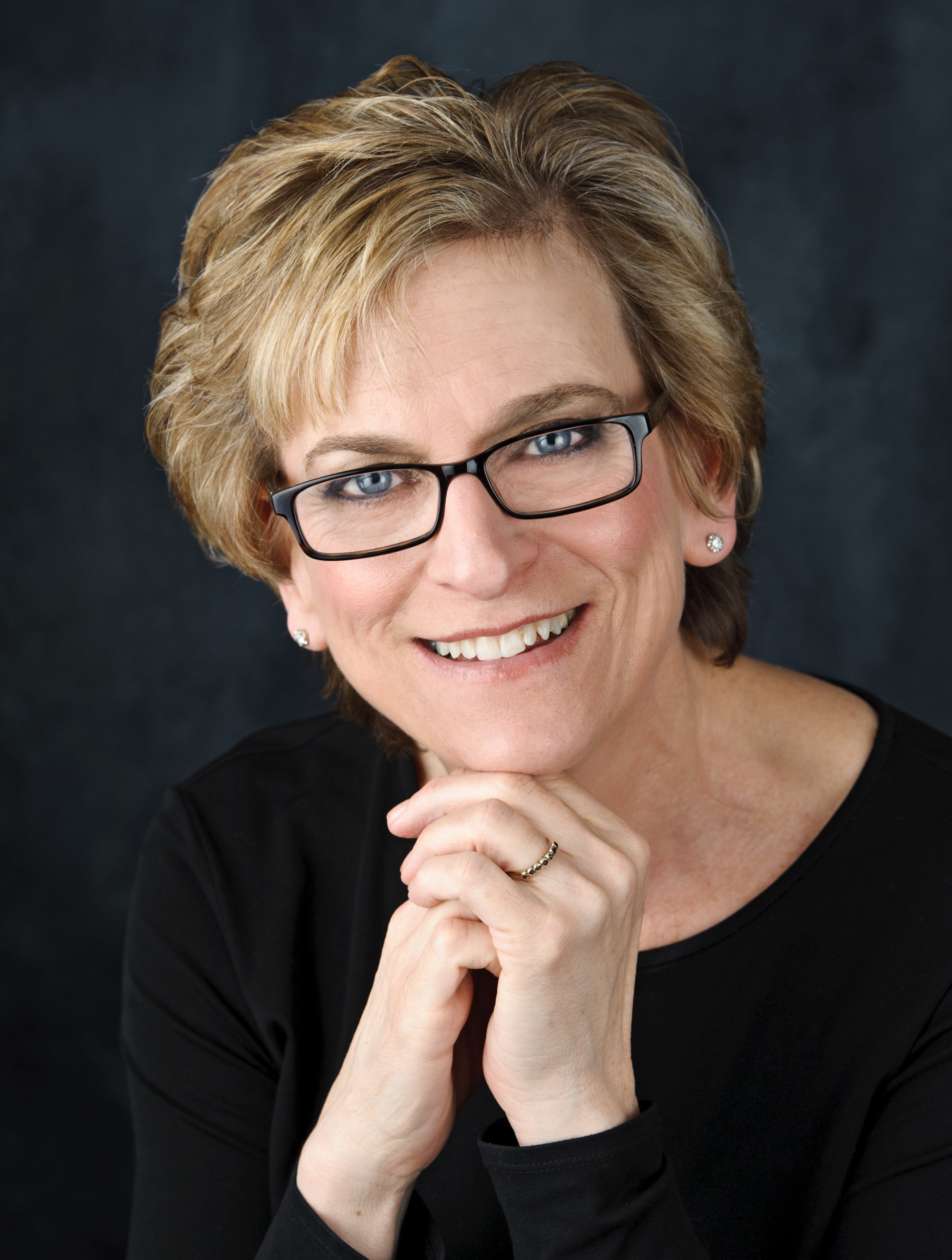 I had sought out Diamant to talk about her new book, “Period. End of Sentence.: A New Chapter in the Fight for Menstrual Justice.” The book is a wonderfully engaging blend of research, history and justified indignation. It showcases what Diamant brilliantly does in her fiction and journalism—it tells stories important to women, those who identify as women and the world at large. While it’s easy to connect this new book to her bestselling and groundbreaking novel “The Red Tent,” Diamant emphasized that “centering women’s experiences” is the beating heart of her work. “That’s the connection that motivated me,” she said.

It’s also tempting to associate Diamant’s book-length exploration of menstruation and its adjacent issues of social justice, patriarchy and misogyny with her groundbreaking reclamation of the ritual of mikveh. But Diamant said she founded the iconic Mayyim Hayyim Living Waters Community Mikveh in Newton two decades ago after writing a book about the “powerful experience” of conversion and its rituals. She was adamant that Jews by choice and their families be welcomed into a safe, beautiful, celebratory space for their conversions. From that conviction, Mayyim Hayyim became the destination where women and men have immersed to mark lifecycle events such as healing from illness or trauma, reaching a milestone birthday, beginning to transition or resuming sexual relations after menstruation.

Diamant’s book shares its title with the Oscar-winning documentary produced by The Pad Project, along with high school students in Los Angeles who decided to challenge period injustice by raising funds to donate a pad machine to a village in India (you can watch the film on Netflix or YouTube). Upon accepting the award, Melissa Berton, faculty advisor for the group and the eventual founder and CEO of The Pad Project, told the audience: “A period should end a sentence. Not a girl’s education.” Soon after, Berton and her staff at The Pad Project approached Diamant to write a book about the menstrual justice movement. Diamant, who had written articles for WBUR’s Cognoscenti on the subject, was immediately on board, with Berton contributing the book’s foreword. 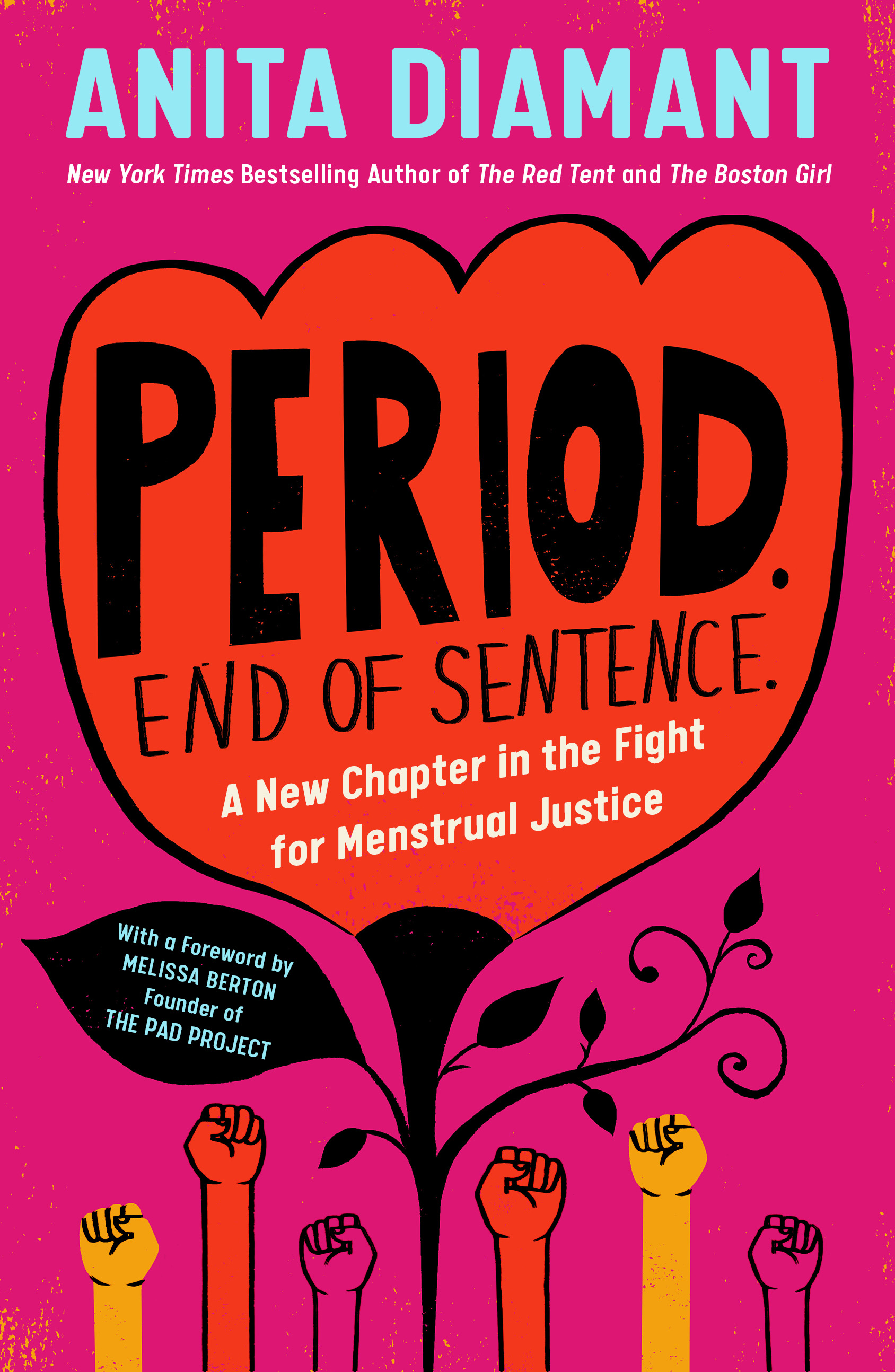 Coupled with the discerning eye that has distinguished her journalism and her gifts as a storyteller, Diamant chronicles the work and advocacy of Arunachalam Muruganantham, the subject of The Pad Project’s lauded documentary. Muruganantham was determined to end the stigma and shame of not having access to something as basic and humane as a sanitary pad. He invented a machine to manufacture low-cost pads that he intentionally did not patent so that others could replicate his invention for free.

Muruganantham’s efforts to make hygienic menstruation pads inspired a cottage industry throughout India and spurred economic independence for the women who sold the pads in their villages. His work also brought attention to an actual curse—period poverty. As Diamant writes, many women and girls around the globe forego hygiene products to put food on the table or pay the rent.

Diamant highlights other men who are less known yet effective allies in the fight for menstrual justice. When a taxi driver in South Africa, who regularly takes girls to and from school, discovered bloodstains and toilet paper in the backseat of his car, he bought pads to display on his dashboard. He offered the free pads to anyone who needed them. Diamant describes “Absent,” a five-minute video distributed by Freedom4Girls, a UK-based nonprofit fighting period poverty. In it, a young woman is short on funds to buy period products. A young man at her bus stop has noticed that she has bled through her pants. He gently tells her and gives her his sweatshirt to tie around her waist. It’s a sweet, revelatory moment that averts stigma and shame.

Diamant further explores menstruation in pop culture and religious traditions. She advocates for co-ed classes in health education so that trans and non-binary kids don’t have to choose between gendered classrooms to receive vital information on puberty. Her wisdom underscores her allyship with the LGBTQ community. At the beginning of the book, she tells readers that transgender and non-binary people also menstruate, leading her to use the word “menstruators.” As she elaborates, “‘Menstruator’ and ‘people who menstruate’ widen the circle; they do not erase or cancel women and girls.”

After our conversation, Diamant sent me an essay by Rabbi Elyse Goldstein in which Goldstein takes ownership of the blessing in traditional Jewish liturgy in which a man thanks God for not making him a woman. Goldstein simply and gracefully thanks God for making her a woman. It’s a revolutionary moment—a bold act. Her prayer, while an affirmation of the holiness and sanctity of a menstruating body, serves as a clarion call for menstrual justice. Period.