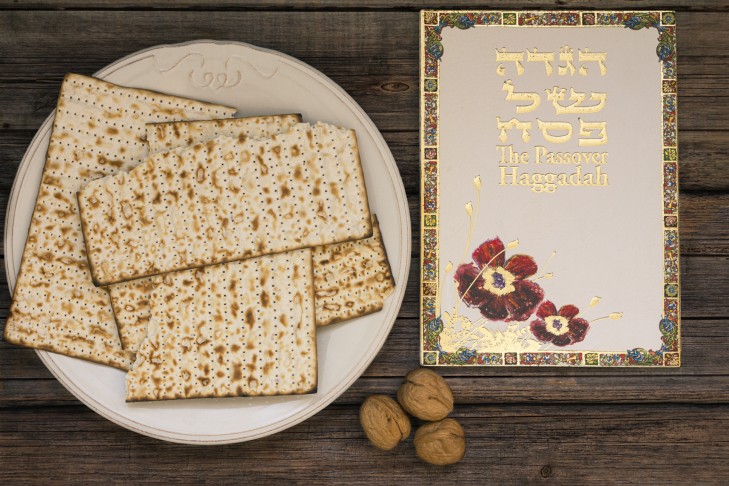 The best part? You can make your own answers, as opposed to chanting the formulaic ones.

The second week in February saw an Syrian Iranian drone penetrate Israeli air defenses, albeit temporarily, and the subsequent response led to, among other things, the downing of an Israeli fighter in combat for the first time since 1982. And while Israel’s swift and decisive reaction was predictable and effective, and only an (alleged) call from Russia to Israel put an end to Israel’s bombardment of Syria’s T-4 and Shayrat air bases, the current status quo and geopolitical complications of Israel, Russia, Syria and Iran all moving pieces around the chess board on Israel’s northern border is enough to give you a popsicle headache. All we can do is pray for calm and, if you’re so inclined, effective deterrence of the Iranian threat both in Syria and via its Hezbollah proxy in Lebanon. So, will this year be another year of relative calm amidst growing tension? I say yes.

From India (and Saudi Arabia) With Love

For the first time ever, an international airline has been given permission to fly through Saudi airspace on routes to and from Israel. Air India, which begins operating the route on March 22, will be able to overfly the kingdom on the New Delhi-Tel Aviv route, avoiding the usual circumnavigation of the Arabian peninsula. While this is great news for travelers, El Al has lodged a formal protest with the ICAO (International Civil Aviation Organization), as it now gives Air India a distinct advantage with its flight that is a full hour shorter than El Al’s. Will Saudi Arabia soften its stance and give El Al permission to use its airspace as well? In the words of Vince McMahon, “No chance.” But dare to dream.

Netanyahu: To Indict, or Not to Indict, That Is the Question

Prime Minister Netanyahu has been evading and avoiding indictment on corruption for what seems like an eternity, but this time it sure feels like the reckoning is coming regarding the ongoing investigations into him, his wife and his son. Did he take illegal gifts? Did he peddle influence? Did he steer military contracts to his friends? Did he bribe media outlets for positive coverage? Did his wife misuse public funds? Did his son libel the New Israel Fund? There’s a whole lot in there to unpack and I’m not the expert, but with former employees and confidants apparently turning on him, the momentum toward a potential indictment just might be picking up steam. And with two-thirds of the Israeli public saying Bibi should resign if indicted, could we be seeing the last months of Netanyahu as prime minister? For those of you rushing to say yes, not so fast…while it might look likely from over here, the investigation is as much a legal one as a political one, and Bibi just staved off snap elections and appears to have at least a semi-firm grasp on his coalition government. And, most important, never underestimate his ability to eke out his own political survival. The cynic in me says he will find a way to stay in office.

Hapoel Haifa: A Date With Destiny?

We’re 31 games into the Ligat Ha’al season and it’s not a fluke; perennial losers Hapoel Haifa are sitting pretty in fourth place with 16 wins, seven draws, and four losses (55 points), leaving them just five points behind first-place Hapoel Beer Sheva. With nine games to go, they’re going to have plenty of opportunities to play themselves up the table in the championship round-robin playoff that kicked off this past weekend, and to make things more interesting, they took a 2:1 victory and three points from Maccabi Tel Aviv on the road on Sunday to begin the playoffs in style. And as if their excellent play wasn’t enough, the schadenfreude element is absolutely in play as well, as cross-town rivals Maccabi Haifa are mired in yet another dismal season, with a 7-7-13 record (28 points) that puts them in 10th place out of the 14 teams. While relegation is highly unlikely, the misery for Maccabi fans is only amplified by the smashing success of Hapoel. But it’s a great story regardless of who you root for, so the question is, will Hapoel Haifa shock the world, or at least the world of Israeli soccer, and claim the Ligat Ha’al title? Well, I’m all for Cinderella stories, but I think this one will end a few seconds before midnight. Pencil them in for a third-place finish, but in the spirit of March Madness and rooting for the underdog, even this Maccabi Haifa fan is pulling for them. (Hapoel Haifa also made the semifinals of the State Cup, with a completely winnable match-up against Hapoel Raanana on tap for April 1.)

Want to walk down memory lane? Check out the previous six versions of this post. Enjoy!