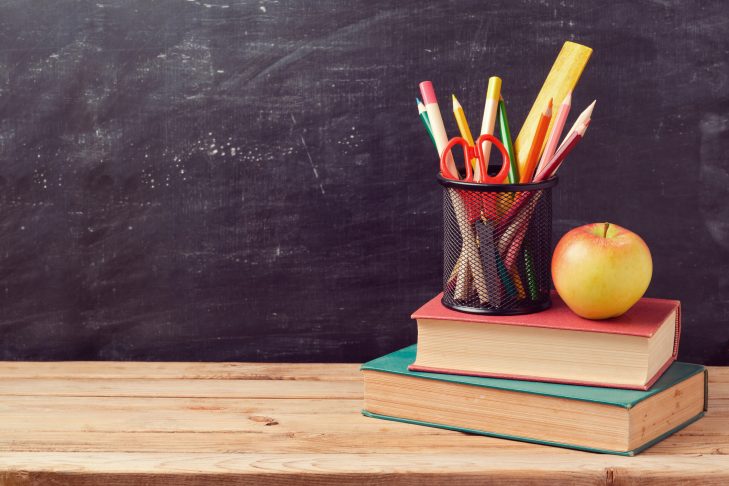 Schools have taken a hit during the pandemic, with kids split between hybrid and remote, wearing masks, worrying about transmission. But what about extracurricular Jewish education? Sadly, according to Michelle Folickman, education director at the Sunday School for Jewish Studies, this has taken a hit as well. We spoke to her about the future of her school, which recently relocated to the Gann Academy campus, and about the importance of Jewish education in uncertain times.

How has the pandemic affected Sunday school?

When the world shut down, we had to quickly pivot. We wanted to create weekly family learning plans. So our teachers wrote different activities that families could do while they were stuck at home. This was a time when nobody knew what was going to happen or how long this was going to go on. We all thought we’d be back. Our teachers created lovely learning plans to keep Jewish learning alive and honestly to pass the time, because being a parent in that time was very challenging. We had a remote graduation for our seventh graders and hoped that it would be the only one. And lo and behold, it was not.

Last year, we were entirely remote. Our families come from all over, and there was no way to cohort them. The schools were cohorting. We see them once a week for two hours. So to create a cohort of kids from all different other cohorts didn’t make safe sense for us. We wanted to be remote in an engaging way because we see these kids for such a short period of time. So we created the Shalom at Home program. We had three different times during the year where we did a drive-through pickup of supply kits for each class.

As a preschool parent, I started to hear a tremendous need for something to do with kids ages 3 and 4. And for the most part, these kids were not Zoomed out and they were craving some kind of activity. So, I actually opened up a preschool program last year to fill this need. We have the most fabulous teacher with this awesome class with songs and stories and projects, and also it gave parents a break for an hour in the morning on a Sunday. And that was a really big hit. 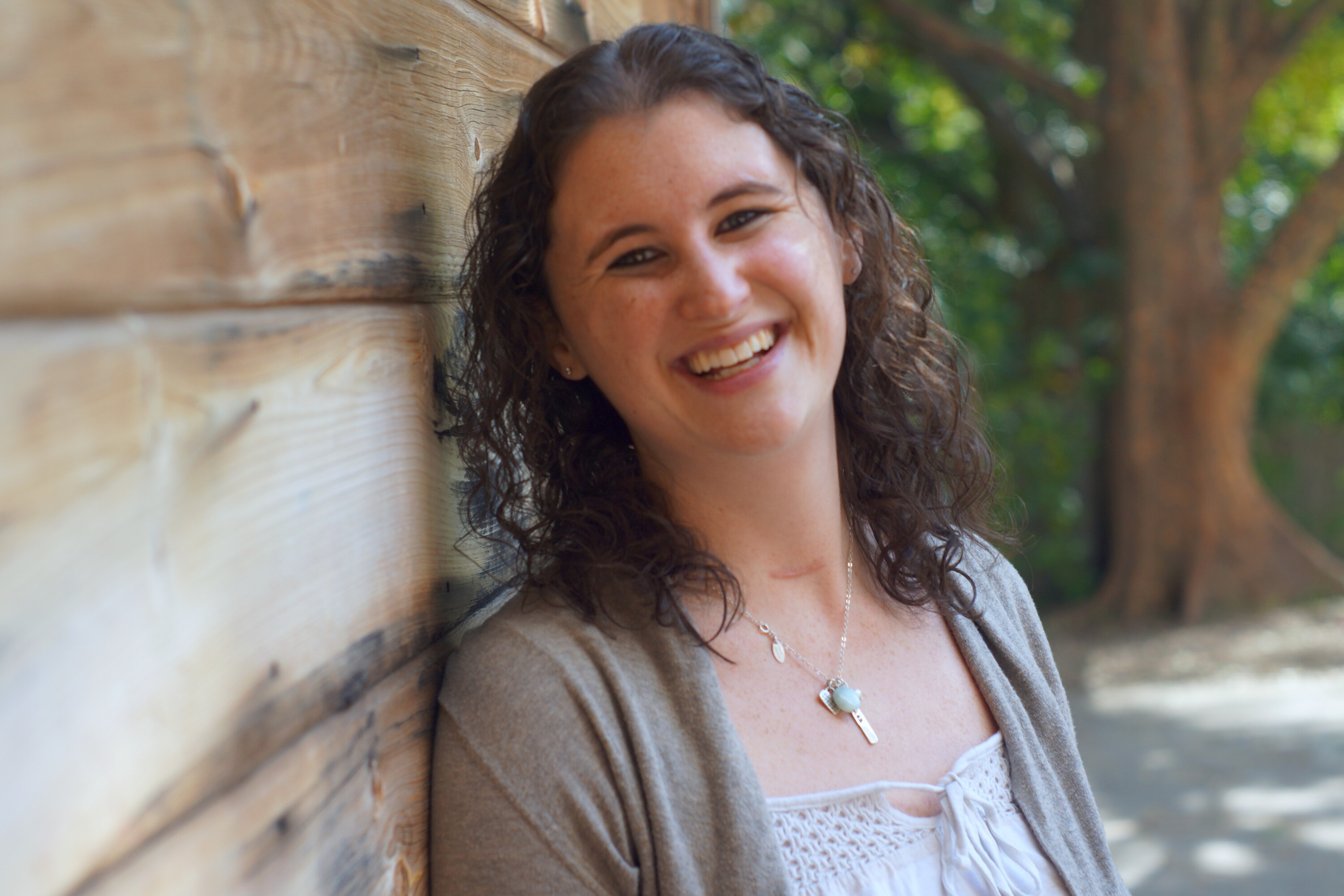 What has COVID been like for you as an educator, and how did it affect the classes?

Every teacher is different, but I will say it gave parents a window into what was going on in the class. We were previously sending home these weekly summaries where parents could ask their kids about what they did in class and things like that, but to actually be able to come around the corner and see the magic of what our teachers are doing? I can’t tell you how many parents reached out and said, “Wow, this is not at all like my Sunday school. My Sunday school was so boring. My kid’s laughing. My kid is having fun. My kid’s making these really cool projects. My kid is engaged in these higher-level thinking debates.” And they were really impressed.

So that was nice to hear. It obviously puts pressure on our teachers because it makes them not only performers, but they’re under critical eyes that they’re not used to being under. I think all in all, it was a positive experience for families. But it was really challenging because some of our kids were on Zoom all week. Our enrollment plummeted last year because for our families and for many people, putting them on Zoom on Sunday morning after they’re barely holding it together during the week wasn’t feasible. We took a huge hit financially.

We reduced our tuition in half because a lot of families were in challenging positions financially themselves because of COVID. Many had lost their jobs, been laid off, whatever it may be. So we wanted to make sure that our education was accessible to anyone who wanted it. We take pride in paying our teachers very, very well because we want only the best teachers. And we want them to feel valued because they’re doing tremendously important work. They’re working very, very hard to give these kids the best experience. And we’re certainly not going to sacrifice that. We actually paid them their same salary that they had from the year before, even though we were only asking that they teach for one hour instead of two hours and 15 minutes, because we just didn’t want the kids on Zoom for that long. So we were committed to taking care of our educators and making sure they were supported in delivering high-quality products. But again, financially, we really, really took a hit with the lower enrollment.

What’s next, going into another pandemic year?

We’ve sent out a couple of surveys, and the verdict was that families wanted to return in-person. So we worked really hard to make that happen. We are really excited that Gann Academy has taken us on as a campus partner. But we did have to make a move, which is costly. That’s another COVID-related expense we hadn’t hoped for. But we’re really excited about our new space, and we will be in-person. That said, we just were able to open enrollment a couple of weeks ago. Normally, we open it at the end of the school year. We have not seen the huge waves of people we’d hoped from all of our remote families. We had hoped that we’d get all of our families back from the year before we went remote, but in reality, that’s not what’s happening.

I know as a parent, I feel swamped. And I feel totally inundated with beginning-of-the-school-year chaos. And I know I’m not the only one. Talking to the board members who are obviously also parents, they feel the same way. For many of them, it’s like, I can’t think about signing my kid up for soccer and karate and music lessons and art lessons and drama right now, and Sunday school, because I just need to see what happens when I put my kid in a classroom again. We definitely have a core group, but it’s smaller than we had hoped. And again, financially, that’s really challenging for us to try to run. It’s more expensive to run a school in the COVID era. You have to have much smaller classes. We may have to pay for COVID-related cleanings and things like that. There’s just a lot of uncertainty.

Especially as we’re heading into Yom Kippur and Rosh Hashanah, what do you think is the importance of Jewish education?

I hope for all of our students at the Sunday School for Jewish Studies that they engage in something positive and meaningful. I hope they feel a positive sense of connection and belonging to their Judaism. And I hope their Judaism feels relevant to them. I hope they say, “I am so lucky to be part of this awesome community that takes me for who I am and that guides me with Jewish values to be a really good person, to be a positive member of society. And to remember that I’m a part of something bigger; I’m a part of something with a very deep and long history and tradition.”

What do kids learn with you?

When you talk about being a good person guided by Jewish values, could you be specific?

Kindness and empathy. Taking care of our planet. In the lower grades, we do a lot of work on classroom community and being kind to one another and keeping the peace, shalom in the home. How do you interact with your siblings in a positive way? How do you interact with classmates with different ideas? How do you handle when people have different views than you? Some of our kids keep a mitzvah journal of all the nice things they do that help people during the week, and then they come back and share them with such pride. They’re so excited: “I helped my puppy. I gave him a walk. I helped my mom empty the dishwasher.”

Parents say, “My kid never wants to help. Now they want to help because they want to write it down in their journal, and they want to share it with their friends.” We have 613  commandments. And some of them are more relevant to our lives today than other ones. And the ones that are, let’s do it. Let’s be good people.

With Delta on the rise, what’s your mentality right now? Are you nervous? Optimistic? Anxious?

All of the above; every emotion possible. I’m disappointed. Many of us thought maybe over the summer things were getting better, especially in our area. The Delta variant threw a wrench in that. I feel optimistic because having been in schools all year long and having sat on a lot of different medical panels for transmission in schools, it’s pretty low. We’ve figured out how to keep schools and school settings pretty safe. So I’m optimistic in that way. I’m optimistic and feeling very fortunate that we live in Massachusetts, where the vaccination rates are very high and transmission rates are relatively low. I’m feeling optimistic that hopefully some of our kids will be able to be vaccinated soon.

I feel for the parents having to make yet another decision guided by COVID, not guided by what they feel is actually best for their kids. And I feel worried long-term that parents are going to realize, “Oh, we did two years without Jewish education. Maybe we could just do it on our own.” And it’s really something important. It’s a Jewish value that we study together, and we learn together. We don’t want to leave that community. It’s so important.