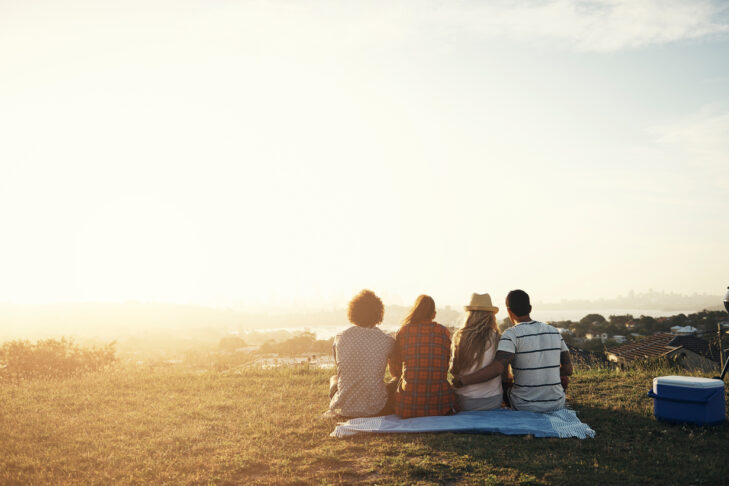 I’m a hermit by nature. It isn’t that I dislike the company of others, or that I suffer from misanthropy; I harbor a deep love of humanity in its many forms. But I’ve always preferred my own company, perhaps due to a combination of neurodivergence and a penchant for solitary activities. However, the past year has been a test for even my introversion. Even with my wife’s company—a pleasure that I do not ever see myself growing tired of—I’ve missed not only my family, friends and Jewish community, but the passive presence of strangers.

At the start of the pandemic, we marveled at how empty the streets became, how cities all over the world grew still and silent. Some claimed that this was how things should be, that humanity was the real virus, but I’ve found this to be a myopic point of view. People are inhabitants of this planet, just like everything else, and—like with any species—removing us from the ecosystem is hardly the solution.

People thrive on community. I’ve never understood the concept of living and dying alone, since no one is truly alone. Even the last person on earth would build their house from trees planted by others before them, grow food cultivated and bred for optimal nutrition over hundreds of years and operate on a basis of knowledge attained from the collective human experience.

Despite common misconceptions to the contrary, early humans cared deeply for their elderly and ill, and survival of the fittest would only last until the fittest fell upon inevitable misfortune. I think most people’s first instinct upon seeing someone who needs help is to help in the ways they can. We saw these instincts throughout the months of the pandemic: communities reaching out to those in need, providing food and support. In his play “No Exit,” Jean-Paul Sartre included the line, “Hell is other people,” a commonly misrepresented phrase less about others and more about the self, but the alternative is even worse. No human being can survive in pure isolation, and no human being should try.

As vaccination rates ramp up, I’m beginning to see my friends again, and the joy is indescribable. So, too, is the joy of seeing babies on the train, hearing music on the street, entering a dark movie theater to laugh and cry with strangers. Even just seeing folks out and about in their masks, knowing they are not only protecting themselves but protecting me, even if they don’t know me, fills me with an incredible affection. It would be very easy to descend into misanthropy, a hatred of the world and others, but what an awful way to live! I’m not discounting that terrible things happen and that some people are more concerned with themselves than with others, but many current events show us they are not in the majority.

Though I’ve felt isolated from the Jewish community over the last year, I can’t deny the anticipation and euphoria I feel at the thought of diving back in. Returning to the tribe after a long absence feels like coming home, and even though I’ve been away, I know the community will be there, as kind and beautiful as I know it can be.