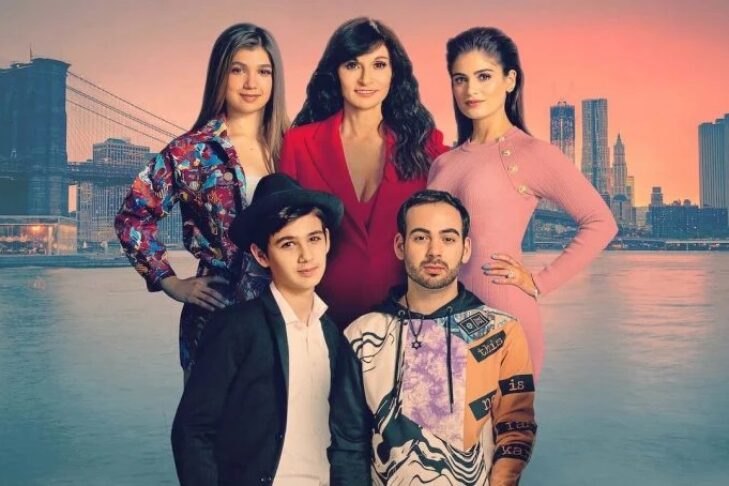 Julia Haart and her family in “My Unorthodox Life” (Promotional still: Netflix)

Julia Haart thinks of herself as a time traveler whose mind-boggling trip took her from the 1800s to the 21st century. Her self-description evokes her meteoric rise from ultra-Orthodox housewife in Monsey, New York, to fashion mogul and CEO of Elite World Group, a multinational model and talent corporation. Haart’s story is the jet propulsion behind the reality show “My Unorthodox Life,” which debuted last week on Netflix.

The series presents an “off the derech” (“off the path,” or OTD) story of leaving ultra-Orthodoxy. The show’s title echoes that of “Unorthodox,” Netflix’s wildly successful limited series about people stepping off the path. However, unlike the dramatic “Unorthodox,” Haart and family are camera-ready for reality television. Haart, who was once a wig-wearing, exceedingly modest housewife, is gleeful to show off as much cleavage and skin as she can get away with in halter tops and hot pants. Haart’s uncovering, metaphoric and literal, marks her reinvention and emancipation from ultra-Orthodoxy.

From the beginning, the mother of four has insistently taken along her children for the ride. Her eldest, Batsheva, was a newlywed when her mother left the tightknit “yeshivish” community. Shlomo was a teenager and Miriam, the child whose journey most resembles Haart’s in spirit, was already rebelling. Despite the differences in their lifestyles, Haart and her ex-husband, Yosef Hendler, amicably co-parent their youngest, Aron.

The three older children are involved with Elite World Group. Batsheva, an influencer with over a million followers on TikTok, is in charge of the company’s social media. Shlomo, learning as he goes, takes care of the business end of things. And Miriam is an app designer. Fourteen-year-old Aron, whom Haart describes as “the child of her old age,” is a “black-hatter.” After a summer of overnight camp, he becomes more religious. He shuns girls, stops watching television and is unhappy about transferring to the coed religious high school Haart demands he attend. Ironically, this is the child who gives Haart the most trouble as she worries about his slide into what she views as “fundamentalism.” 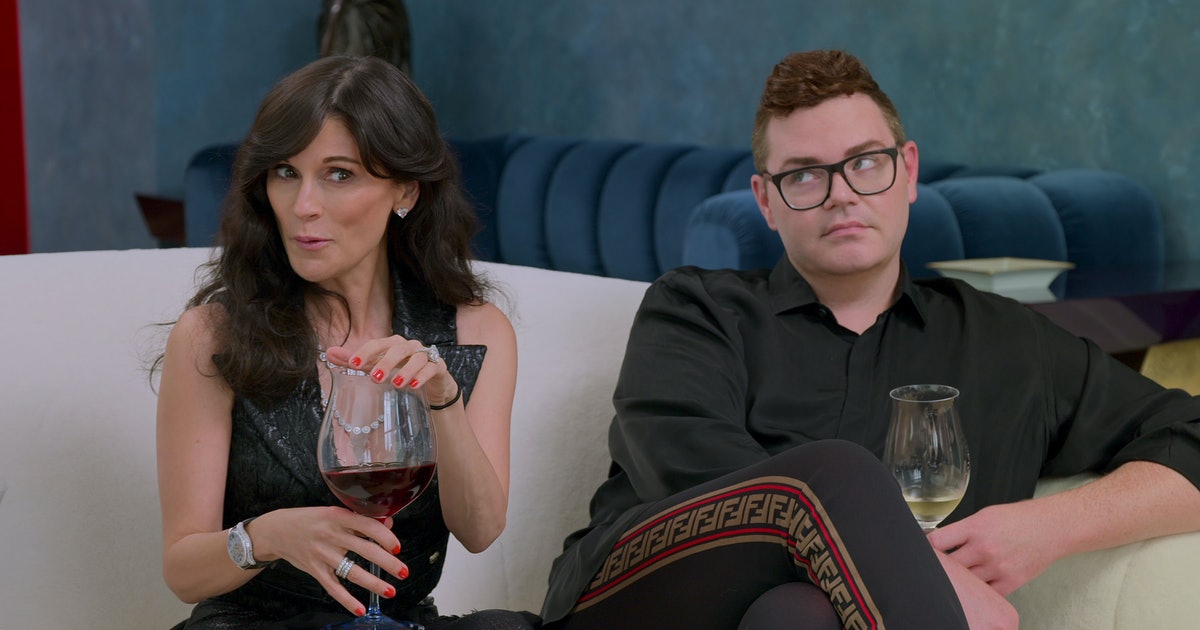 Julia Haart and her assistant, Robert, in “My Unorthodox Life” (Promotional still: Netflix)

Haart’s parental reach extends to her 30-something assistant, Robert, whom she entraps and then embarrasses by introducing him to a matchmaker. Robert quickly retreats. But Haart, ever the meddlesome mother figure, is not done with him. She tricks him into taking a boat ride with her family, during which she stages a garish “funeral” at sea as she throws a symbolic garland of his insecurities overboard.

These lavish and seemingly unscripted Kardashian-like hijinks take place in Haart’s penthouse in Tribeca, the Hudson Yard offices of Elite, Haart’s Hamptons home and, in one episode, a chateau in Paris during fashion week. In another episode, Haart shares her doorstopper of a memoir with her children—“Brazen: My Unorthodox Journey from Long Sleeves to Lingerie” will be published by Penguin Random House next year. Each of the kids is variously mortified by the intimacies their mother shares about them in her book.

Haart and her intrepid editor whittled down Haart’s tell-all from almost 2,000 pages to 500 pages. As the book’s title boldly declares, Haart forged her new life through brazenness, guts and serendipity. For example, she plotted her escape from Monsey for years, peddling life insurance on the sly to leave with a nest egg.

In her initial foray into the real world, Haart designed a successful shoe line. Next, she was in the right place at the right time and took over as the creative director of the luxury lingerie company La Perla. At La Perla, she met her second husband, Silvio Scaglia, who added Haart to his last name. The soft-spoken Italian entrepreneur brought his wife on as co-owner and CEO of Elite. Since then, she has added e1972, an in-house luxury fashion brand, to the company’s roster. 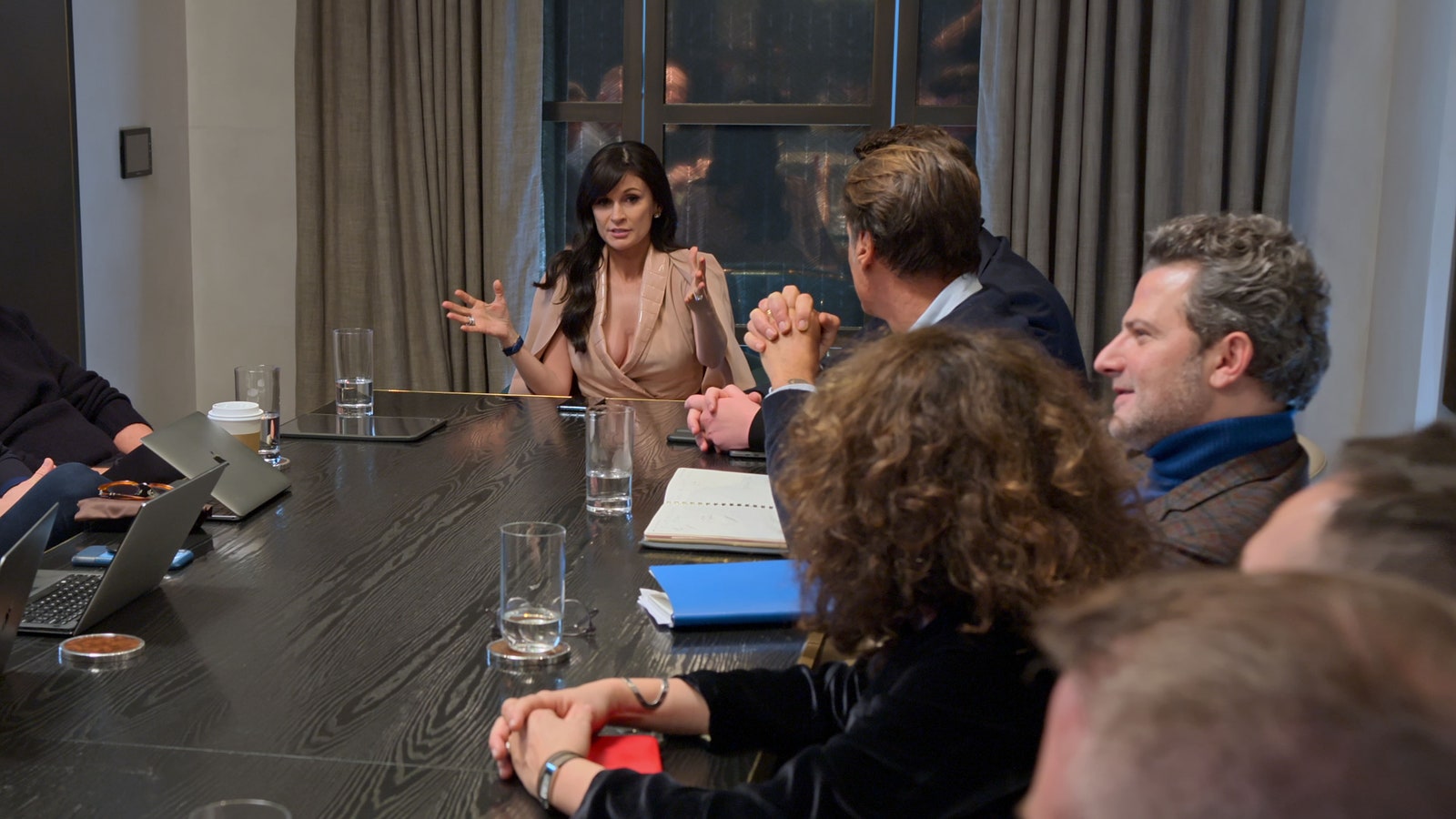 On the reality television front, “My Unorthodox Life” delivers in spades. There’s high drama and high fashion, a lot of it a touch silly. The series further manipulates its audience with swelling, ominous music and screwball schemes devised by the irrepressible Haart. However, at the end of the day, Haart wants to empower people, especially women. In one episode, she meets with a young woman desperate to leave Monsey. She sends a car for her and brings her to Elite for the day. Well-intentioned, Haart falls short of helping. She arranges a head-to-toe makeover for the woman and gives her a vibrator. Her main piece of advice to the young woman is to expect to work hard and feel lonely as she attempts to leave her community. (Side note: Haart is obsessed with vibrators, and, in nearly all nine episodes, she mentions the importance of women using them to become acquainted with their bodies.)

Not surprisingly, “My Unorthodox Life” has its critics. The Orthodox Jewish Public Affairs Committee (OJPAC) has protested the show on its Twitter feed. In one tweet, OJPAC decried, “Netflix has many items with a certain slant about Jews but not against Muslims because Netflix knows that such bigotry wouldn’t stand a day.” Another tweet called the show a “hit piece” against ultra-Orthodox Jews.

To present a counterpoint to Haart’s story, Alexandra Fleksher, co-host of the “Normal Frum Women” podcast and columnist for Mishpacha, started a #myorthodoxlife hashtag on social media that went viral. On Facebook, Instagram and Twitter, Orthodox women posted stories about their successful participation in the “real world.” Many pointed out that Orthodox Judaism is not oppressive to women or anyone else. Chavie Lieber, an Orthodox woman who writes about fashion, tweeted: “I know Netflix loves fetishizing ex-Orthodox women who abandon their Judaism. But there are thousands (millions?) of Orthodox women who have a very different story. And yes, some of us work in #fashion too. Check out the #myorthodoxlife on Instagram if you don’t believe me 🙂

“My Unorthodox Life” has its affecting moments as well. Haart may be a notable exception to the rule, but don’t discount her genius. At the end of this run of episodes, it’s apparent that her mega success belongs to her alone.

“My Unorthodox Life” is streaming on Netflix.