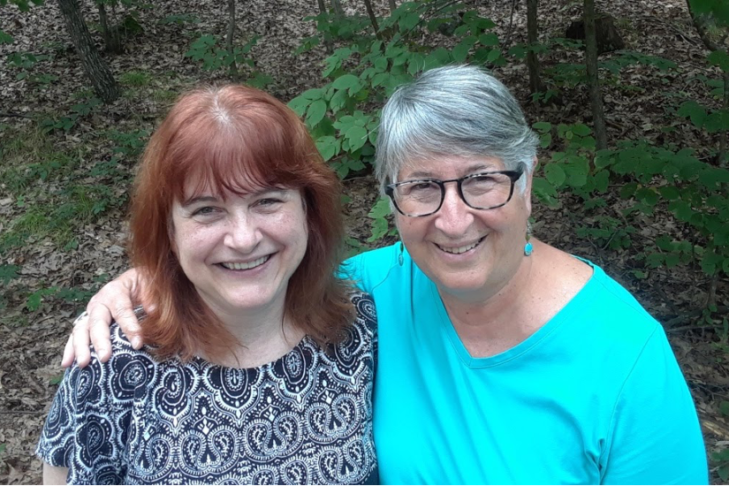 The story that most of us know about Hanukkah goes like this: “When the Maccabees entered the desecrated Temple and began to reclaim it from the Greeks, they immediately relit the ner tamid, which burned constantly in the Temple and has a parallel in our synagogues to this day. In the Temple, they found a single jar of oil, which was sufficient for only one day. The messenger who was sent to secure additional oil took eight days to complete his mission, and miraculously, the single jar of oil continued to burn until his return. The rabbis of the Talmud attributed the eight days of Hanukkah to the miracle of this single jar of oil.”

There is, of course, much more to the story of Hanukkah, but that little jar of oil that lasted eight days has grabbed our Jewish imaginations for centuries. It is a symbol of persistence and wonder, possibility and joy.

In the same vein, this is the story of a small relationship that has lasted 50 years, and brought us, its participants, persistence and wonder, possibility and joy.

In the fall of 1970, 19-year-old Ellen Lippmann was a college student at Boston University, seeking a way to do some good in the world that would also offer some satisfaction to her. She saw a notice about Jewish Big Sisters of Boston, which was then just beginning, the answer to the little girls whose brothers had Big Brothers and who wanted the same chance. Seven-year-old Laura Stone was one of those little girls, and she had been begging her mother—a single working mother of three—for a big sister. Why should the boys have all the fun? 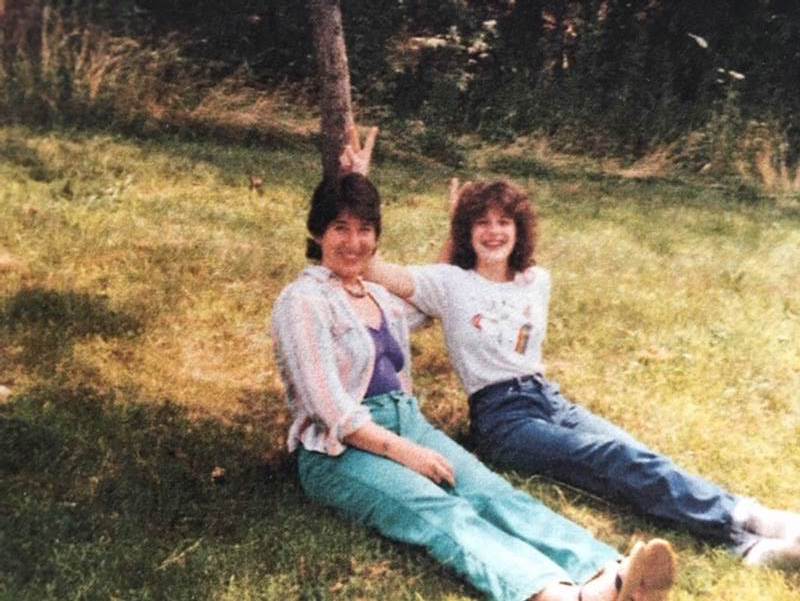 The first meeting was awkward. What does a college student say to a 7-year-old? What does a somewhat shy 7-year-old say to a brand-new Big Sister? We do not remember what broke the ice, but we remember years of zoos and circuses and making saltwater taffy and lots of museums and baking cookies. Ellen went to Laura’s track meet; Laura came to Ellen’s college graduation. When Laura was an adolescent, the occasional visit was just hanging out and Laura was grateful to have a trusted adult to talk to about teenage issues. By 1979, when Ellen moved to Brooklyn, our relationship was cemented and we were family, big and little sisters!

By dint of geographical distance in the years before Zoom or FaceTime, our visits later were sporadic. But there were some, plus letters and special occasions, like Ellen’s ordination as rabbi and Laura’s marriage to Wayne. They had two children and took in two relatives as their own, and we—Ellen and Laura—stayed in touch enough to feel like family when either visited the other.

A high moment for Ellen was when she had the honoring chance to purchase the tallit for Laura’s daughter’s bat mitzvah, presenting it to her at the service. Laura’s amazing mother, Phyllis, had died earlier, and we all felt her presence as Ellen stood in as “big aunt” or “big grandmother.”

We have both taken pride in each other’s achievements. Laura and Wayne came to services at the congregation Ellen founded and led for 25 years, and they returned for her retirement gala. Ellen kvelled when Laura got a master’s degree and then a doctorate in psychology, enormous achievements for a woman who looked like she might never finish high school years before! 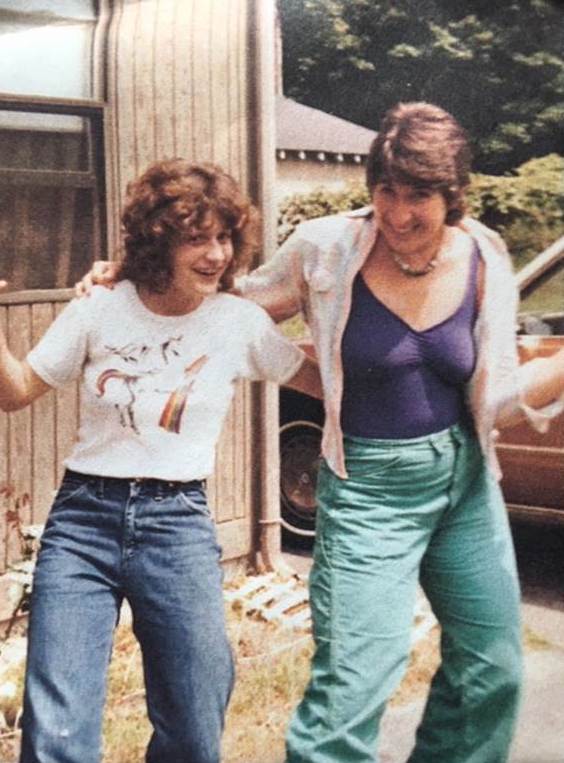 One of us is a rabbi and thinks that, as with the little jar of oil in the Temple, there is some divine, holy presence here, a touch of God that brought us together and kept us together, along with our efforts. One of us is a health psychologist who works holistically with people’s minds and bodies; knowing that we become our best selves with help from our neighborhoods, our schools, the food we eat, our friends and family and—at least for us—finding a lasting Big and Little Sister match. Was it a bit of luck, or a miracle, that brought us together and helped keep us together?

We met when we were 19 and 7. At 69 and 57, we are grateful for all we know and do not know that has kept us together. From Boston and New York, we join to say:

Holy One of Blessing, You have kept us alive, sustained us, and brought us to this season.

Dedicated at this holiday of dedication to the memory of Phyllis Stone, indomitable mother and friend.

Rabbi Emerita Ellen Lippmann founded Kolot Chayeinu/Voices of Our Lives, is the former East Coast director of MAZON: A Jewish Response to Hunger and is former director of the Jewish Women’s Program at the New 14th Street Y in Manhattan. She is the founder of the Soup Kitchen at Hebrew Union College-Jewish Institute of Religion in New York and co-founder of the 10-year-old Children of Abraham Peace Walk: Jews, Christians and Muslims Walking Together in Brooklyn in Peace. Rabbi Lippmann was ordained in 1991 by Hebrew Union College-Jewish Institute of Religion and also received the degree of Master of Hebrew Letters. She holds a BA in English language and literature from Boston University and an MS in library science from Simmons College. On March 20, 2013, Rabbi Lippmann was named by The Forward as one of 36 of America’s “Most Inspiring Rabbis Shaping 21st-Century Judaism.”