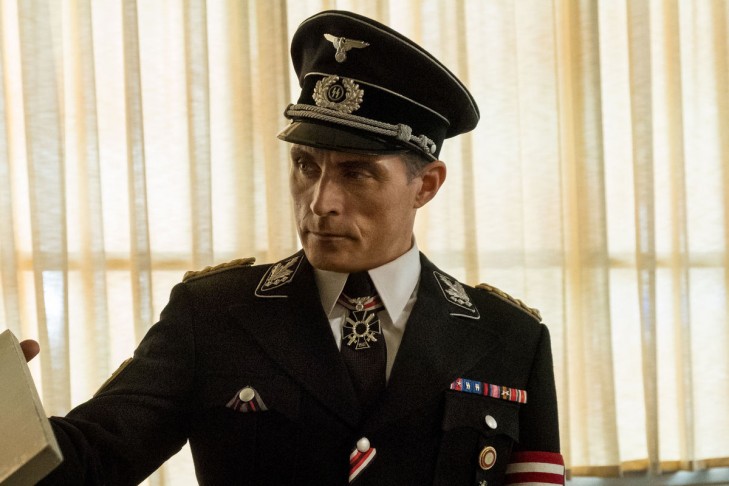 Hello from the flat plains of Oklahoma, my dear JewishBoston readers! It is I, Jesse Ulrich, former nerd-in-chief, called back into action to help you understand Season 3 of Amazon’s “The Man in the High Castle.” If you need a refresher on Seasons 1 and 2, you can check out my review of the pilot episode here and the fun conversation we had about Season 2 here. Or you can leave the JewishBoston bubble and find excellent summaries here and here.

So, what is Season 3 about? To recap, Season 1 was about the horror of the reality of this show—where the Nazis and Japan won World War II, split control of North America, the Jews of the world have been murdered and the few that remain are deep, DEEP, in hiding, and the Nazis’ obsession with eugenics is in full bloom—and Season 2 about the “final” war between the Nazis and Japan and how it’s averted. Where does the story go now? Well, my friends, let me tell you: The show goes full SCIENCE FICTION!

There are many fantastic subplots this season, whether it’s John Smith’s wife’s inability to handle her son turning himself over to be murdered because he has a genetic disease, the Nazis deciding to wipe out American history and replacing it with Nazi history, a program with the fantastic name “Jahr Null” (Year Zero), the Japanese suffering under an unofficial oil embargo, John Smith becoming the most powerful Nazi in America, Juliana and her sister (but a sister from another reality) learning to let go of each other so the sister can return to her reality, and Frank Fink becoming this universe’s Banksy and even training to have his bar mitzvah.

Wait, I can’t just skip over that last one! This show, because of the stark and depressing nature of seeing Nazi emblems everywhere, never fails to have amazing contrasting shots—usually something super Nazi-ish with something sweet or rebellious or really something Jewish. In this case, in Episode 6, the show does the incredible. It contrasts the ceremony of John Smith becoming Reichsmarschall of the United States and the launch of the Jahr Null program with Frank Fink having his bar mitzvah at the secret colony of Jews in Montana. (Or Wyoming? It doesn’t matter.) Remember, my dear readers, while I used to be nerd-in-chief at JewishBoston, part of my job here in Tulsa, Oklahoma, is Holocaust education. So, when I tell you this scene affected me in ways I cannot describe, you will understand this comes from a deep, deep place in my soul. 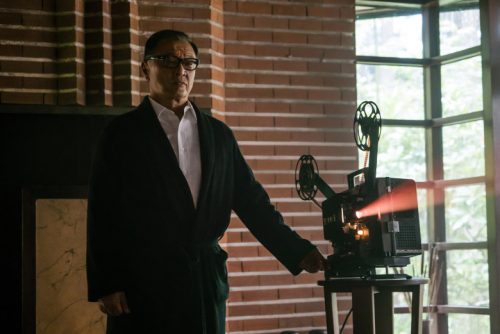 But for me, the most interesting plot is the continual expanding of the multiverse. The show has moved from the “Man in the High Castle” being the one people thought was making these films to the idea that they are from parallel worlds, to the knowledge that people (like Trudy, Juliana’s sister) can travel between these worlds, bringing the films. This opens up so many possibilities about which videos are brought into the reality of the show and for what reason. Why do all of the major videos have Juliana? Why would someone smuggle over videos of a non-Nazi John Smith with his still-alive son? On top of that, the plot the show wants us to focus on is if people can come to this reality, that means people from this reality can also go to other ones. The Nazis, being Nazis, have decided to use this idea to research a way to send not only people, but troops! They must dominate all realities!

In the amazing final sequence of the show, the Man in the High Castle, played with just the right amount of insanity by Stephen Root, tells John Smith the reason their experiments have not gone well; only people who are dead in this reality but alive in others can “travel” to this reality and vice versa. The Nazis’ plan of sending soldiers through the portal they have made will not work. After John Smith hears this news, we get a slow building shot of Juliana finally figuring out how to travel to other realities, which she pulls off right after being shot by John Smith. 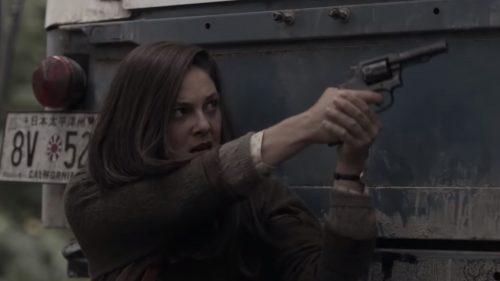 While Season 2 ended with Juliana seeing her sister, Trudy (from another reality), as the cliffhanger, this season we are left waiting to see where Juliana went and if she will survive her injuries. My guess is that she will be fine; she is obviously the chosen one/avatar/Neo.

After all that, if you are wondering if you should watch Season 3 after maybe feeling meh about Season 2, you should; the show feels more confident and seems to understand where it wants to go. 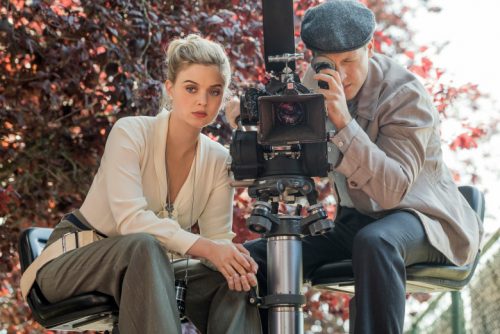 It’s amazing that this season was so crazy bananas! Spoiler alert: JULIANA KILLED JOE! With a razor! Joe was becoming almost unredeemable after being brainwashed by the Nazis after his father’s takedown, so I’m glad the show decided to end his story.

Two people who are terrifying in this time period: J. Edgar Hoover as a Nazi (this might be the most terrifying thought experiment known to humankind) and Dr. Mengele still being around and doing experiments on travelers between dimensions (not something I wanted in my brain).

This show really embraced the 1984-esque fascist thought police state through the subplot about advertising Jahr Null and that one shot of the Nazi versions of “War is Peace, Freedom is Slavery, and Ignorance is Strength.” Disturbing.

In the episode where they blow up the Statue of Liberty (yep, that happened!) and the “youth” start rioting, there’s a clear shot of what looks exactly like the march in Charlottesville—young white men going down an American street chanting, “Blood and soil!” To the writers of this show, well done. 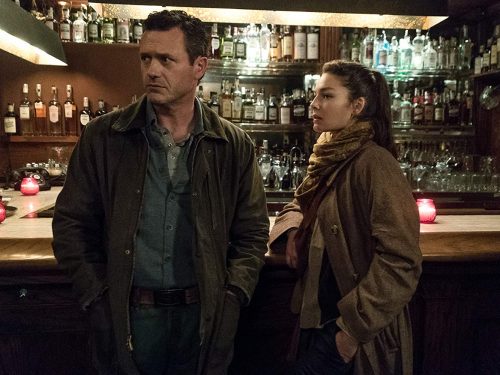 Things I won’t elaborate on unless the people demand it:

Until next time, my friends!