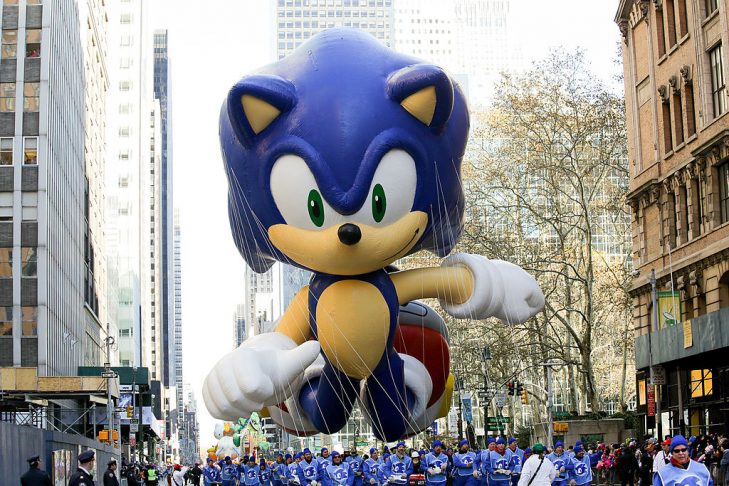 (Photo by Andrew Toth/Getty Images for Sega of America)

Before time began, aka before the internet, we played video games…wait for it…offline. It was just you in front of the console, or perhaps playing against a friend with another one watching, and that was it. Was it better? Maybe. But the music was…classic, and many a night post-USY event was spent doing nothing but sitting around on Nintendo or Sega.

So with rainout after rainout giving me more time to, well, waste time online instead of going to youth baseball and softball games, here’s this guy’s list of the most memorable music from those Nintendo and Sega games of the 80s and 90s.

The worst sound effects ever, perhaps. The dribbling? The applause? The clang of missed dunks and missed shots? The squashy sound of a made basket? The wave-bending sound of a three-point attempt? Yikes. All of it is cringeworthy.

Sorry, but not sorry. While this game will be forever a classic, the sound is definitely less classic. With that being said, any self-respecting 30- or 40-something spent countless hours timing their jumps to the top of flagpole to get maximum fireworks to this music and also knew precisely when the changes would kick in…not to mention knowing were the secret fines and invisible blocks could be found. I think the Super Mario post could run to 2500 words if I really got going, but that day is not today.

Props to those of you who made the Blades sound after reading the title. While we could debate Blades of Steel vs. Ice Hockey until the cows come home, the music for Blades, especially the intro music, is top-tier. I was actually better at Ice Hockey…but then again I wasn’t particularly good at either. Feel free to ask my childhood friends who actually owned a Nintendo who smoked me in those games on a regular basis.

This game is chronically underrated, and the music is a lot catchier than that of the original Mario. I never actually took the time to get good at this game, but I do still have it on, ahem, a Wii that hasn’t been touched in 5 years, so I guess I’m saying there’s still a chance.

This game is one of the all-time greats, and the music, more specifically the music with men on base that comes in at 0:50, is unforgettable. I played this a few years ago on a jerry-rigged original NES on a lazy summer evening with a friend of mine and it was amazing. That sentiment was not shared by the group of five boys watching us – they got bored within minutes.

Stop shaking your head. Sonic 2 was a great game and all of the music was pretty exceptional. But the Chemical Plant Zone soundtrack was awesome, and I swear to you that it really set the table for music you’ve been hearing for a while, including Darude back in 2000-2002 and even the new Alessia Cara/Zedd song, “Stay.” Listen and decide for yourself, particularly with ”Stay” when the dub-steppy stuff happens at 0:47.

To call this tune iconic would be a gross understatement. And to call NHL 94 iconic would be a grosser one (a more gross one?). NHL 94 gave teenage boys the world over access to the Deke move (of course made popular the year before in The Mighty Ducks- “one, two, three triple deke”), but more importantly made Brass Bonanza go viral in the days before things were able to go viral. This ditty literally never gets old. Don’t ever change, Brass Bonzana. Don’t ever change.

(BTW I’m still kicking myself for selling my #94 Brendan Shanahan “C” Hartford Whalers jersey in like 2001.)