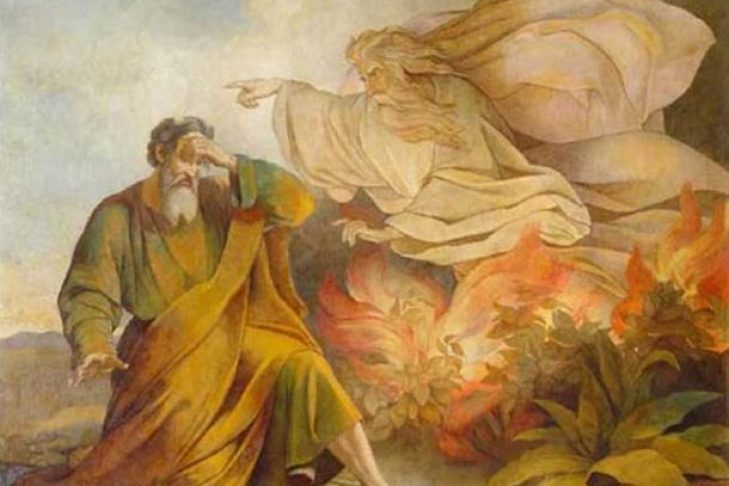 “God Appears to Moses in Burning Bush” by Eugene Pluchart

The episode of the “Burning Bush” (Exodus 3-4) is one of the most well-known in all of the TaNaKh (Hebrew Bible). As a graduate of the University of Kansas, this episode often makes me think of the seal of my alma mater, which features Moses kneeling before the burning bush—an embodied symbol of the scholar kneeling humbly before wisdom, thus bringing a holy aura to the academic pursuit of knowledge.

The image of a bush that is aflame but not consumed is also a powerful metaphor for the faith journey and for religious leadership—or ministry, as we call it in my Christian tradition. How can we let our light shine brightly without being consumed by it or without it consuming others?

A friend of mine wisely chose the burning bush passage as the central text for her ordination service to become a minister in my branch of Christianity, the Presbyterian Church (U.S.A.). During the service, the preacher reflected on the burning bush as a way of juxtaposing the gravity of the call to ministry with the need for a religious leader to maintain balance, boundaries, and humility. Ministry, the preacher said, is no small task, and this work of finding balance between passionately serving and being consumed is work that lasts a lifetime.

Moses displays great humility in the burning bush episode, which is a fundamental trait found in the archetypal call narrative that we see throughout the TaNaKh and the New Testament. The person called by God usually questions their commission from God and initially responds, “No, I’m not worthy,” or, “Why me?” Hebrew Bible scholar Dr. Bernhard Anderson reminds us in “Understanding the Old Testament” that the Exodus drama is, in fact, not a hero epic about Moses, but a story focused on the glory of the God of Israel. These stories are not meant to glorify any individual person—even someone as great as Moses—but to teach us about the greatness of God and the ability of human beings to act boldly, compassionately, and faithfully in concert with God.

As the episode of the burning bush unfolds, Moses continues to express doubt about his fitness for this awesome role. As one can imagine, the idea of returning to Egypt—from whence he fled under dire circumstances—and standing up against the great and punishing Pharaoh is a bit overwhelming. God assures the newly-commissioned prophet that God will be with him, but Moses still questions if anyone—including the Israelites—will believe his seemingly-wild claim about his divinely-mandated mission.

Among his questions is how to refer to the Divine. Appropriately, God tells Moses to say to those who would question him that he has been sent by “the God of your ancestors” (3:13). Unsatisfied still, Moses asks for more. And so, God provides a perfectly simple yet mind-boggling response. The Divine utters but three words: אֶֽהְיֶ֑ה אֲשֶׁ֣ר אֶֽהְיֶ֖ה (ehyeh-asher-ehyeh). A footnote in the JPS Hebrew-English TANAKH translation notes the complexities and uncertainties of these three words: “variously translated: ‘I Am That I Am’; ‘I Am Who I Am’; ‘I Will Be What I Will Be’; etc.” Is it a noun? Sort of. Is it a verb? Maybe. Is it present tense? Yes. Is it future tense? That too.

As my Hebrew College colleague Rabbi Arthur Green writes in “These Are the Words: A Vocabulary of Jewish Spiritual Life,” in defining the four-letter name of God, this name is not actually a noun at all, but rather “a verb caught in motion,” a still camera trying to capture the movement of an object. Human words are finite and therefore unable to convey all that God was, is, and will be. This “awkward conflation of tenses,” this “Is-Was-Will-Be” formulation grabs our attention and reminds us of the transformative potential in all of life, of the “unfinishedness” of the Divine.

To quote the gospel according to Matthew, “With God all things are possible” (19:26). By sharing this “name” with Moses at the burning bush, God powerfully conveys to Moses—and anyone else willing to listen carefully—that when allying with the Creator of heaven and earth in the pursuit of freedom and justice, great and unimaginable things are indeed possible. 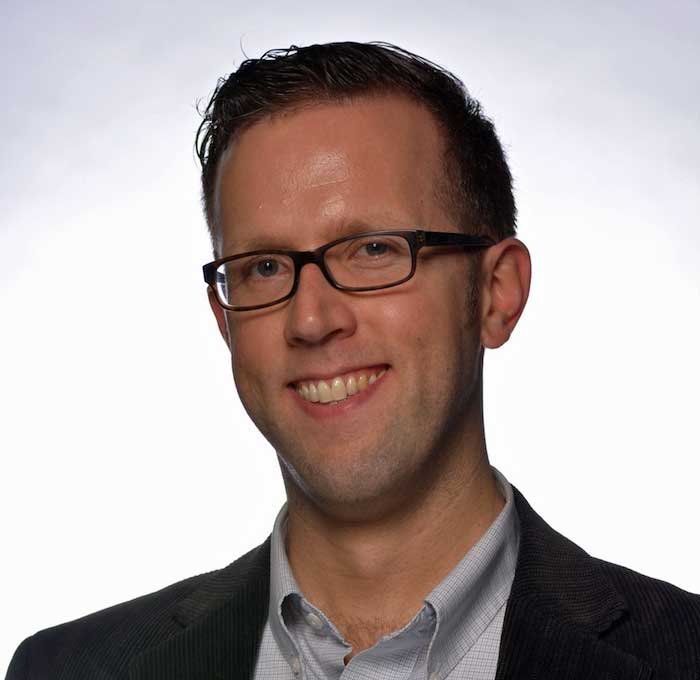 May this message bring us hope as we near the end of the calendar year and say goodbye to 2021 and hello to 2022. And may the light of the impossible—the bush that is aflame but not consumed—burn bright in our hearts as we continue to face another year with COVID-19 and all the uncertainties it lays before us as a global community.

Rev. Tom Reid is the associate director of the Miller Center for Interreligious Learning & Leadership at Hebrew College. He is an ordained minister in the Presbyterian Church (U.S.A.) and serves as pastor of Newton Presbyterian Church in Newton Corner.