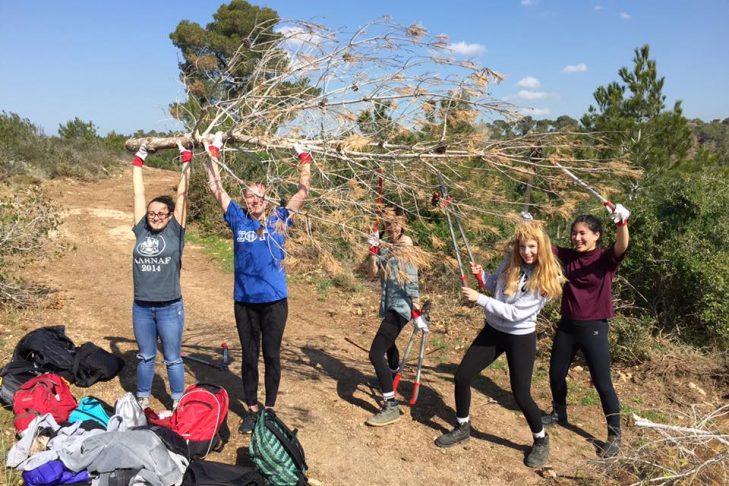 Clearing dead trees and limbs in the Ofer Forest

“You came all the way to Israel just to volunteer?”

Yes, we did, actually.

Thanksgiving weekend saw a rash of devastating wildfires across Israel, and in particular, in Haifa, our sister city. 60,000 residents were evacuated as the sky filled with smoke and flames, fires raced up the valleys in between residential neighborhoods, and dozens of homes and buildings were damaged or destroyed across the city and the Carmel region.

As we watched the news and saw the photos and updates on social media from our friends and colleagues in Haifa and Reali, our sister school, our first thought was “How can we help?” and our second thought was “When are we going?” 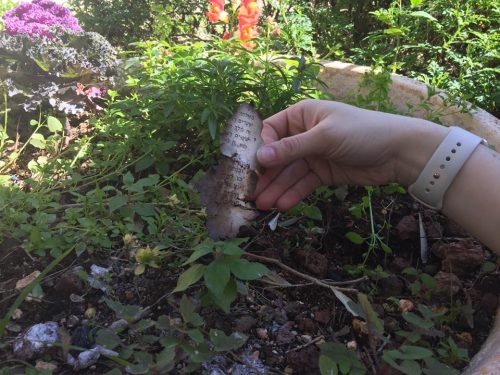 A sad remnant from the fire at Kehillat Moriah

On our first day back in the office after the holiday, we immediately began planning for a trip to Israel with teens that would be focused on service and helping to repair from the devastation, and with the support of CJP and the Boston-Haifa Connection, just 10 weeks later, a group of Prozdor teens arrived in Israel ready to do just that. 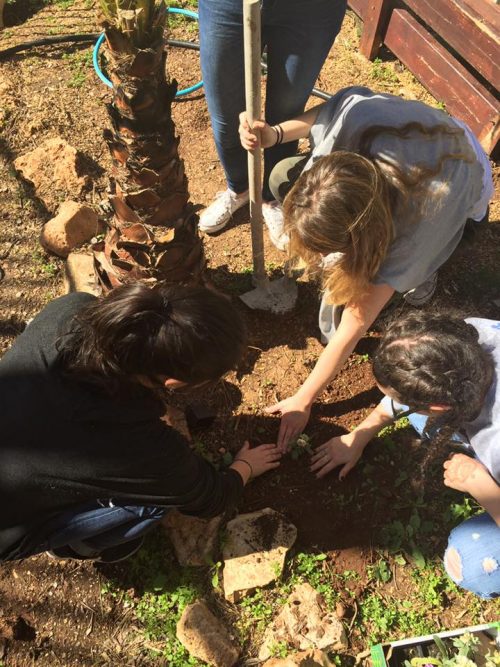 Following a Shabbat in Jerusalem, the group headed north to Haifa to begin their service work. Over the course of four days, the teens worked alongside their Reali peers at Kehillat Moriah, a Masorti congregation in Haifa whose entire third floor and library had been destroyed, and also in the Ofer Forest just south of Haifa. We cleared dead trees and branches, dedicated new siddurim, replanted vegetable and flower gardens, wielded a wide array of exciting hand tools, and did much more, all while creating new bonds of friendship between Prozdor and Reali teens.

Boots were muddied, jeans were ripped, fingernails were dirt-encrusted, and but more importantly, our students not only made a tangible impact through their work, but they also connected with their Israeli peers through volunteerism that captured the true spirit of Jewish Peoplehood and the old saying “kol Yisrael arevim zeh bazeh”- all of Israel is responsible for one another. 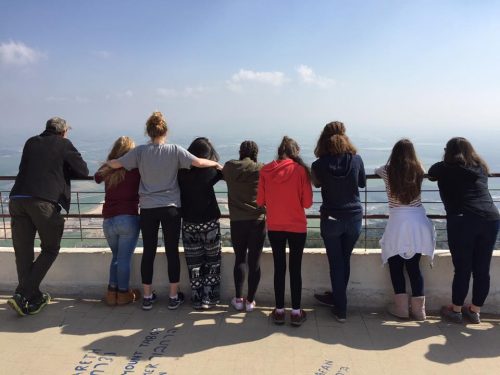 See you next time…

This was not a Birthright trip, nor a see-the-whole-country-in-10-days kind of trip; it was a trip that of course took place in Israel, but at its core was about the Prozdor community showing Haifa that in times of need, we will be for them. And not just in spirit, but with shovels in our hands and love in our hearts.