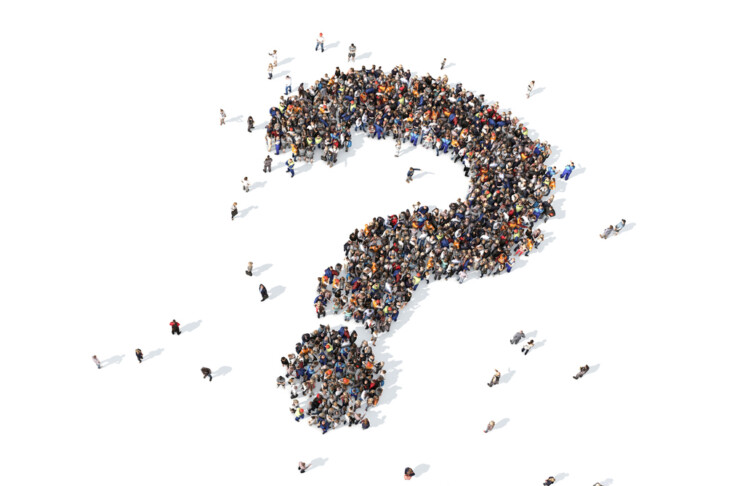 Does Judaism have a “secret handshake”—a coded way of “speaking Jewish” within the family, so to speak? A wonderful midrash offers a whimsical take on that question.

In the final chapter of Genesis, we read of the deaths of both Jacob and Joseph. And we learn that the Israelites’ standing in Egypt has changed radically during the years between the demise of father and son.

Jacob was buried with elaborate honors, not only by his children and grandchildren, but by a grand cortege of Egyptian dignitaries who go up to Canaan (Gen. 50:7-9). But when Joseph dies—Joseph who saved Egypt and much of the world during the seven years of famine—the situation is much more precarious. For some unspoken reason, Joseph cannot expect a funeral and burial in the land of his birth. All he can tell his children is this:

“I am about to die.
God will surely take notice of you [Heb.: פָּקֹ֧ד יִפְקֹ֣ד/pakod yifkod]
and bring you up from this land….”

So Joseph made the children of Israel swear, saying,
“When God has taken notice of you [פָּקֹ֨ד יִפְקֹ֤ד/pakod yifkod]
you shall carry my bones from here” (Gen. 50:24-25).

Slavery hasn’t yet subsumed the Israelites—but clearly their status in Egypt has fallen. Joseph, at the end of his life, recognizes that it will take divine effort to extract them from Egypt and return them to their homeland. And so his children make an oath: when redemption comes, they will bring his bones with them and inter them in Canaan.

Now, a brief grammatical aside: the word פקד/pakad is a crucial term in the Torah. While it can mean “to pay attention” or “to attend to,” it especially means “to know something or someone as an individual.” Therefore, there is special poignancy in Genesis 21, when we read, “God pakad Sarah” after so many childless years, and she conceived a son. The same word is used when God pakad Hannah (1 Samuel 2:21). Similarly, pekudim are all the specifications and accoutrements of the wilderness Mishkan (Ex. 38:21). To use the verb pakad means “to know someone or something,” not with hazy generalities, but with precision and unique detail. It is the way in which we want God to know us.

When Joseph doubles up the word, he gives this idea urgency and emphasis. He says pakod yifkod—God will surely remember you, languishing here in Egypt. And when God brings you home—don’t forget about my remains!

Joseph dies, as does his entire generation, and the Israelites’ status plunges further. Soon a new Pharaoh will rise to power who does not know about Joseph, and the process of enslavement begins.

A long time passes. And when Moses emerges, God calls to him from the burning bush. And there, as God commissions Moses to confront Pharaoh, a remarkable thing happens. God seems to quote Joseph’s dying words:

“Go and assemble the elders of Israel and say to them:
YHVH, the God of your fathers, the God of Abraham, Isaac, and Jacob,
has appeared to me and said: ‘I have taken note of you [pakod pakadti]…”  (Exodus 3:16).

The phrase “Pakod pakadti” seems to be a secret code word! These are the words that an authentic redeemer will use, so that the slaves will know that this time is for real—it’s not a false hope destined for disappointment. So Moses is very careful to quote these precise words to the leaders of the slave community when he returns to Egypt. When he says “Pakod pakadti”—that I, God, have taken note of your suffering—the slaves say to each other, “Those are the secret words! Freedom has finally arrived!”

Still, we have to ask: How did they know? After all, the generation that made the oath to Joseph is long gone. How did they retain the secret code?

An early medieval midrash (Pirkei d’Rabbi Eliezer 48) picks up the story. It teaches: The code was passed down from parent to child. Abraham taught it to Isaac, and Isaac whispered it to Jacob.

Jacob told the secret code of “Pakod pakadti” to Joseph. But Joseph, as far as Jacob knew, was dead; after all, the brothers had shown Jacob Joseph’s tattered and bloodstained robe. So what could Jacob do to keep the tradition alive? To whom could he tell the secret code of Jewish redemption?

Jacob told it to his son Asher. And Asher passed the secret to his extraordinary daughter, whose name was Serach. Serach kept the secret close to her heart even as the family trekked down to Egypt. She grew quite old there. When Moses finally arrived, Serach was by far the oldest living Israelite. In fact, she was the only one who remained from the generation who came down with Grandfather Jacob.

According to the midrash, when Moses arrived, the elders went to Serach, saying, “A man has come, making promises of freedom and showing us magical signs.” Serach, exhausted from a lifetime of disappointed promises and having seen her share of messianic pretenders, said, “Pay no attention to magic.” But the elders added, “He said, ‘Pakod yifkod….’” And suddenly she realized that all the years of waiting and suffering had been building to this moment! “He is the man who will redeem Israel!” she exclaimed. “For thus did I learn from my father—Pakod yifkod!”

Serach, daughter of Asher, had been waiting all this time—so she could verify and validate Israel’s authentic redeemer. And only she had the authority to do so; if it were not for her, Moses would have been rejected and we would still be slaves in Mitzrayim.

Do we have Jewish secret codes that are passed from generation to generation? Do we have a confident way of knowing when our own long-awaited redemption is at hand?

I suspect that when true redemption comes—lasting, enduring peace and freedom for Israel and for all peoples—that we’ll know it. In the meantime, we all have work to do, as we resume the tasks of tikkun olam.

Rabbi Neal Gold serves as the Jewish chaplain and Hillel director at Babson College. He is the immediate past president of the Massachusetts Board of Rabbis and teaches for the Hebrew College Me’ah program.