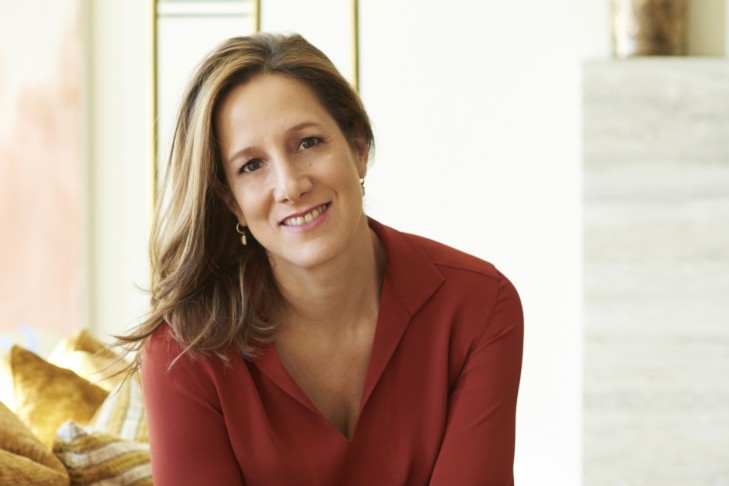 Eighteen holidays. Fifty-one rabbis. One calendar year. Welcome to Abigail Pogrebin’s delightful pursuit of Jewish knowledge and spirituality, as presented in her new book. “My Jewish Year: 18 Holidays, One Wondering Jew” grew out of a compelling series called “My Year of Living Jewishly” that Pogrebin published in The Forward in 2015. In it, she chronicled her observance of every Jewish holiday, both major and minor, melding memoir and journalism to report on her adventures.

Pogrebin recently spoke to JewishBoston about her yearlong immersion into the Jewish calendar, during which she consulted with 51 rabbis and scholars across the religious spectrum. “There is so much to learn from every approach, and even to reject from every approach,” said Pogrebin. “These voices and diverse perspectives all combine to enrich one’s thinking.”

She also brings the intelligence and rigor of an accomplished researcher to her work. A former producer for Mike Wallace on “60 Minutes,” Pogrebin leaves no stone unturned in researching every holiday. “I knew I had to let that research be my guide,” she said. “I also knew that I had to walk a fine line in which both those who were well-versed [in Judaism] would get something from the book, and the neophytes would be able to appreciate it. I didn’t want to be pediatric about the Jewish holidays, but I didn’t want to lose the rookie who doesn’t necessarily know what Shemini Atzeret is.”

Pogrebin’s approach to observing Shemini Atzeret—the seventh day of Sukkot—is a telling example of the way she finds the significance and relevance in a particular holiday. “I wanted to understand the underpinnings of a holiday before I got to the layers of meaning,” she said. “Something like Sukkot feels bottomless; the main interpretation is the wandering and the value of getting lost. Before I embarked on this project, I thought the holiday was a non sequitur from Yom Kippur. But as some rabbis pointed out, we’ve just spent this intensive time inside being introspective, then God kicks us outdoors to look at the world. We tear ourselves down in Yom Kippur and then we build something on Sukkot.” 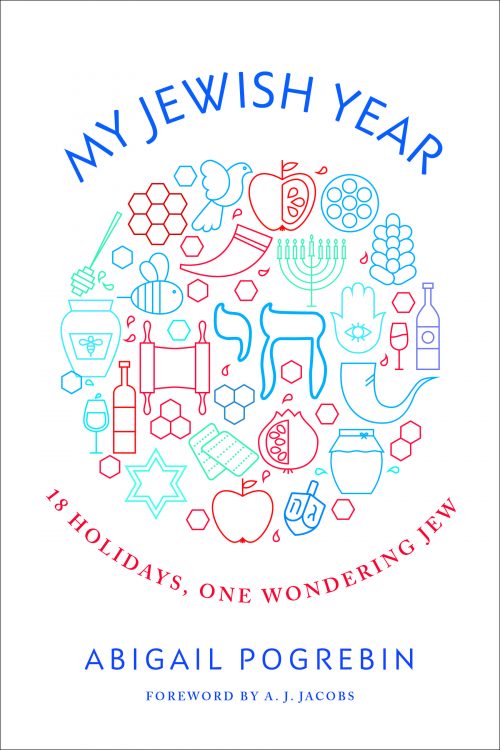 As the daughter of Letty Cottin Pogrebin, she finds Passover to be a powerful holiday ripe with innovation and creativity. Her mother, a founding editor of Ms. Magazine, is one of the original members of the famed “Feminist Seder” that has been running in New York City for over 40 years. As Pogrebin noted, she spent her formative years in the 1970s and ‘80s “sitting on the floor with remarkable women.” That seder, she said, “took the Haggadah liturgy and carefully reinterpreted it to speak to everyone’s life. It highlighted women’s contributions biblically, and today that’s a worthy exercise.”

As for her own family seder, Pogrebin said one of the most powerful observations she came away with during her year of living Jewishly was how “malleable” the Haggadah is. “Once you are following all of the steps in the Haggadah,” she said, “there is a lot of room for how to mark this story of escape and deliverance and to make that as resonant as you can for this moment.” To Pogrebin, the mandate for any seder leader is to engage the children at the table. “I think it’s important that kids know that we cannot tell the story without them,” she added.

Pogrebin quoted Rabbi Jonathan Sacks on the subject of history and engagement: “Rabbi Sacks says that, ‘To be a Jew is to know that the task of memory is more important than history.’ His point stays with me. It isn’t just about knowing our factual history, but the task—the work—of making history come alive in our own time. Yes, we were slaves in Egypt, victims in the crusades, the pogroms, the Holocaust. That is in our DNA. But where is that oppression happening now? If not to us, then to others? And we also carry our ancestral past with simchas, or celebrations—every bar or bar mitzvah, wedding, bris or baby-naming. We remember not just a cruel King Antiochus, but also the brave Maccabees; not just the heartless Pharaoh, but also the intrepid Moses. We are not supposed to be passive in recounting these stories; the ‘task,’ as Sacks puts it, is to animate them in every generation.”

Two notable epiphanies in Pogrebin’s year were connected to the organization of the Jewish calendar. She pointed out there are few spans in a Jewish year that are not organized around a festival or fast. “You get to an epiphany of pausing and observing where you are and what you are doing,” she said. “It doesn’t matter how emotionally connected you feel, but how you are helping a person who is suffering far or close. That was a revelation. Almost half the holidays convey that message of the urgency of participation and responsibility. That is a refrain in our tradition, our holiday structure and our teachings that I won’t forget.”