February is Jewish Disability Awareness, Acceptance and Inclusion Month, a unified effort among Jewish organizations worldwide to raise awareness and foster acceptance and inclusion of people with disabilities and mental health conditions and those who love them. To mark the month, The Vibe of the Tribe spoke with one of the most prominent leaders of the disability rights movement—Judy Heumann. If you’ve benefited from building ramps, extended time on tests or even standing desks, Heumann and her friends are the reason.

Heumann, who contracted polio at 18 months old, was denied her teaching license just because she was paralyzed. After suing the New York Board of Education, she, along with other advocates, launched a prolonged battle against discrimination ignored by institutions and government on every level, all of which saw access like building ramps as an expensive annoyance serving a few long-marginalized people. Exclusion was a de facto national policy. 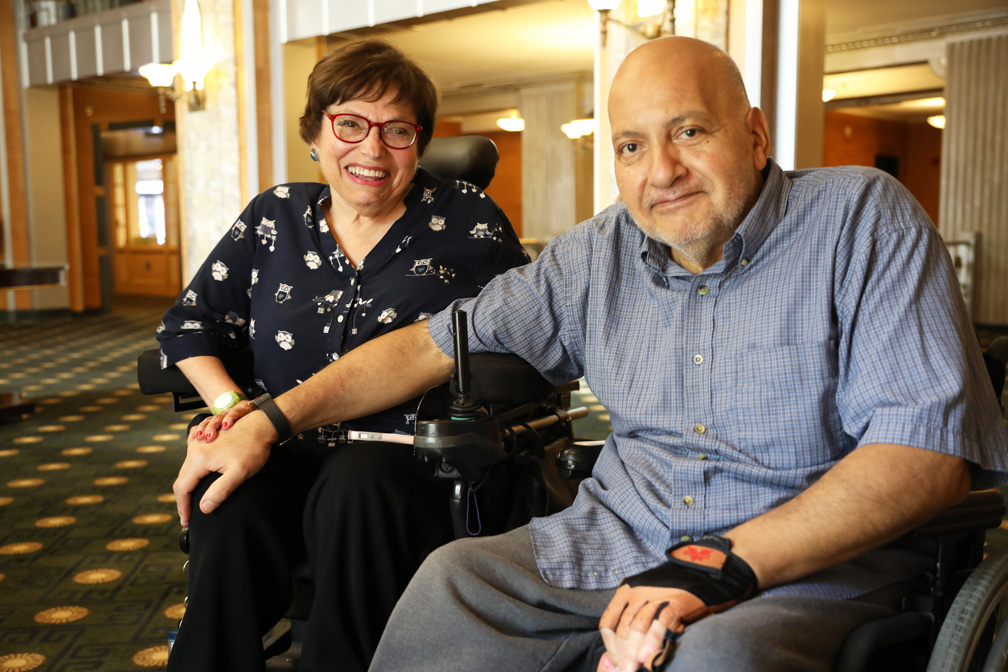 Through protests, sit-ins and other non-violent actions, this team of young adults, along with their families, allies and partners, forced the federal government to hear their demands and to grant long-denied civil rights to people with disabilities. Their action led to the passage of Section 504 of the Rehabilitation Act of 1973 and the Americans with Disabilities Act of 1990.

Heumann co-founded and worked at several nonprofits and advocacy groups, was appointed to positions in the Clinton and Obama administrations and served as the World Bank Group’s first advisor on disability and development. Her book, “Being Heumann: An Unrepentant Memoir of a Disability Rights Activist,” was published last year, and her story is highlighted in the award-winning documentary “Crip Camp: A Disability Revolution,” now streaming on Netflix. You can also hear from Heumann at a film screening and live interview on Feb. 27-28, hosted by Temple Emanuel of Newton and New England Yachad.

We were honored and humbled to welcome Heumann to The Vibe of the Tribe to discuss the power of community, her pivotal role in American history, her indelible mark on civil rights around the world and the work that’s left to do.