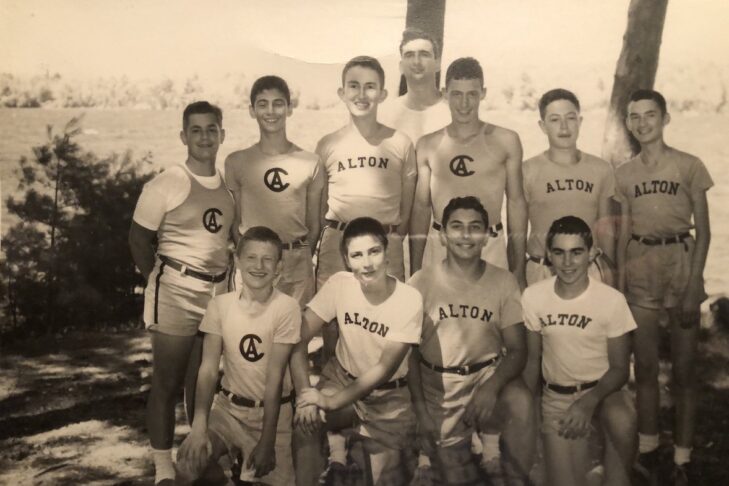 Camp friendships can last a lifetime, and that’s definitely true for David Rosenthal, 83, and Peter Shapiro, 84. They met in the mid-1940s at New Hampshire’s Camp Alton—and now they’re neighbors at NewBridge on the Charles.

Rosenthal’s dad was a teacher in Boston and was a camp counselor in the summers for extra money.

“My folks drove me up. It was hard to find! When I got there, Pop Rosenthal, David’s father, greeted me. I was in Bunk L2. How can I remember that?” Shapiro chuckles.

“And the rest is history,” Rosenthal says. “We were in similar bunks, we were both on ball teams together and we called Peter ‘Nero’ because he always burned when things were going well—or not well,” he laughs.

The twosome’s lives diverged over the years. Shapiro grew up in Concord, New Hampshire, and stayed in the area to practice law.

“Just no divorces and criminal cases. I argued a case before the U.S. Supreme Court, but there’s probably still blood on the floor from that—mine,” he laughs. He has three kids and several grandchildren. He met his wife on a blind date at the dive-y Dugout Café in Boston—and, years later, his grandson went to Boston University and lived next door. 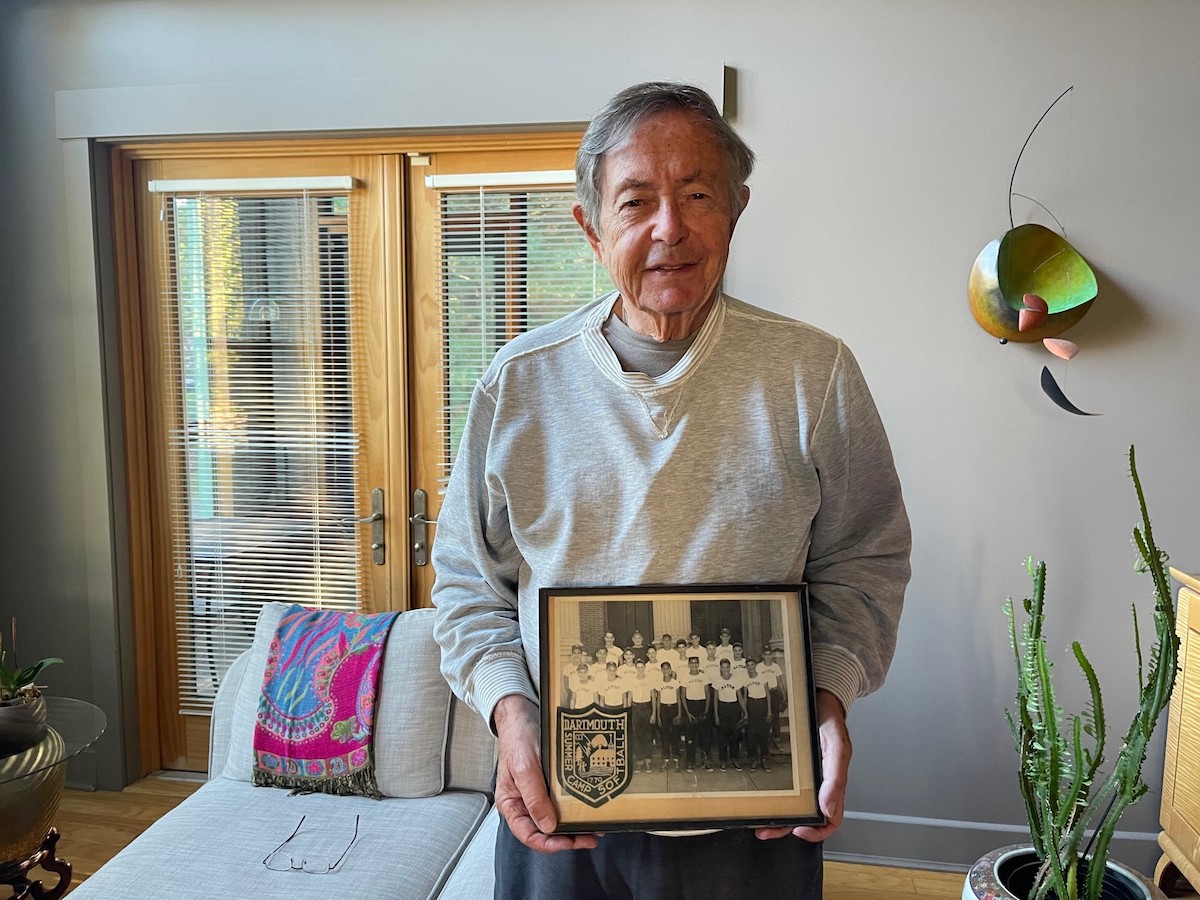 “That worried us a little bit,” he chuckles.

“We respect each other and acknowledge each other’s good things and appreciate being together,” says Shapiro. “We enjoy each other’s company, our wives enjoy it and we always have fun when we’re together. Nobody is trying to say that they’ve done better in life than the other. We don’t really talk about that. We talk about our kids and grandchildren—more the grandchildren.” 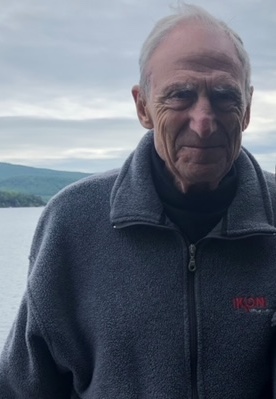 As time went on, the pair had larger camp reunions each spring and smaller bunk reunions in the fall, complete with their wives.

“A lot of us grew apart when we went to college, and after college we went to graduate school. But whatever it was, we saw each other at different places and got together. There were great friendships there, and we still remember them. I’d still be a camper if they let me,” says Shapiro. “But I guess NewBridge is a camp.”

Now they see each other every day, either for walking or meals, and they’ve even hosted camp reunions on campus. They also belong to the same book club. The connection is even more special as they’ve lost four bunkmates in recent years.

“That’s even more reason to keep our friendship going as long as we can,” says Rosenthal. “We mourn together, and that camaraderie has really helped. When you’re living together for six to eight weeks in close quarters, doing all sorts of activities together, whether it’s swimming or sports or watching a movie or going on trips on the lake, you’re really developing a very close bond of fellowship. Really, these types of bonds last forever.”