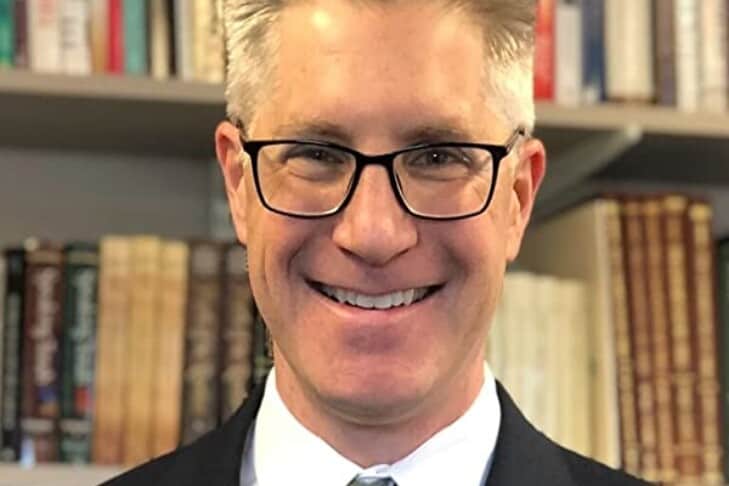 Rabbi Joseph Meszler is the spiritual leader of Temple Sinai in Sharon—and, in his spare time, he’s also an author of three kids’ books, gorgeously illustrated by artist Kris Graves. His most recent one, “Sukkah in the Storm,” came out in September. The books are parables, filled with humor and lessons. The dad of two college-aged kids, he talked to JewishBoston about his burgeoning literary career, which has taken off in the past two years.

I think the big question is: How does a rabbi become an author?

I’ve been at Temple Sinai for 18 years. I had always wanted to write. And my sister, Joelle Reizes, also wanted to be a writer. I’m close with my sister. She’s four years older than I am, and she lives out in Cleveland.

So I wrote a story called “The Honey Bee and the Apple Tree,” and it hung around for a long time. It was always a hit, and you could always act it out. Then, my sister connected me with Jason Graves, who’s a small publisher [at Prospective Press]. Then, my sister and I co-wrote “Courageous Candles,” a Hanukkah story. We were on our Google Doc at the same time, typing away. Then I wrote “The Sukkah in the Storm,” which just published in September.

It must have been fun to work with your sister.

Very fun! And, for “Courageous Candles,” because these stories were born out of me needing to tell a story on the bema, they’re all with a mind to being acted out with props and things like that.

Give us the highlights of each book. 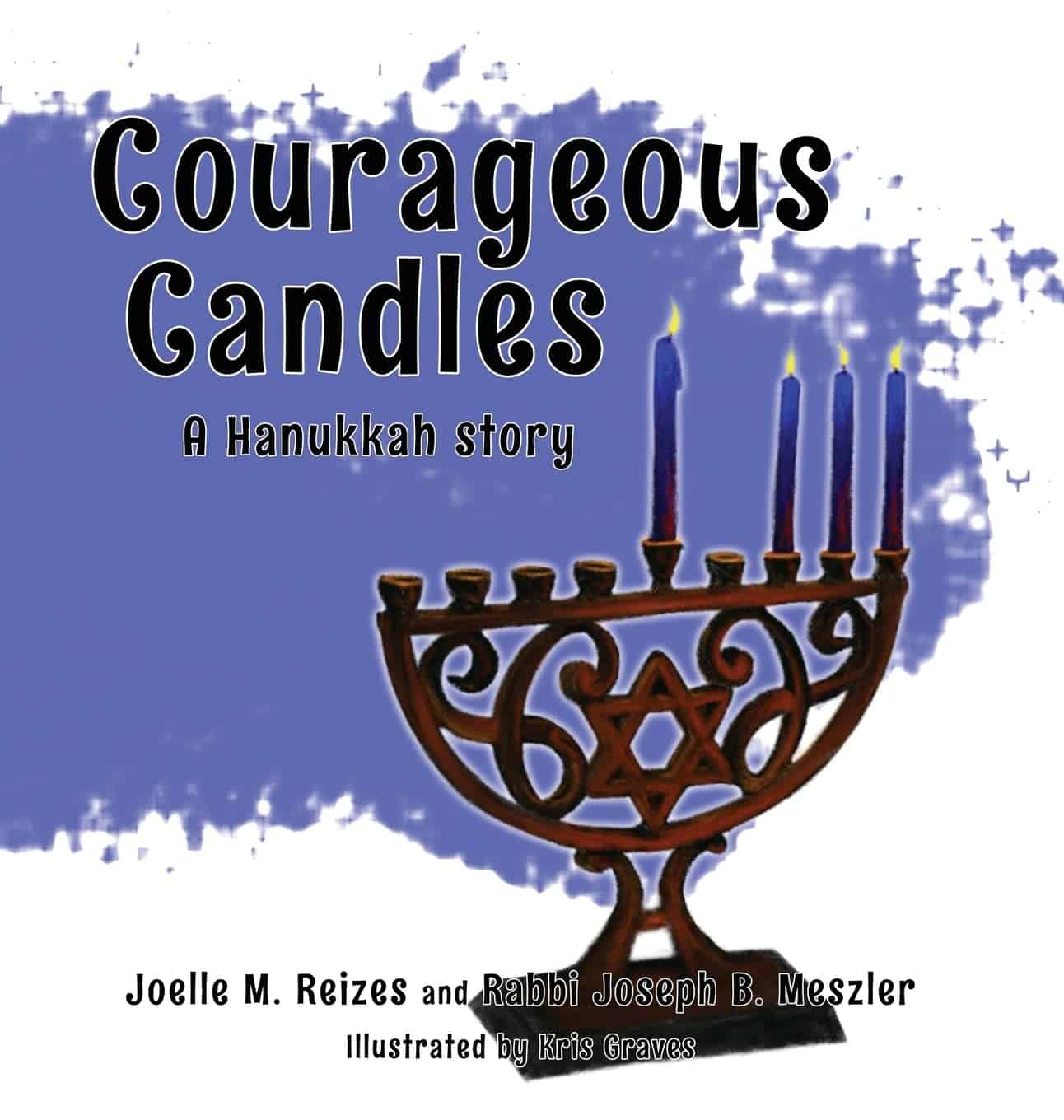 “Courageous Candles” is very much about the shamash, not thinking it can light, and all of these other candles cheering it on and saying: “You can do it!”—having the support of others to be brave. Picture a whole bunch of four-year-olds screaming, “You can do it!” at the top of their lungs.

With my stories, I try to operate on at least two levels. One is to tell entertaining stories that the kids like to act out. And the second is that there is a message: The shamash has an easy job for the first candle, no problem. Light one candle and you’re done. But, by the time you get to six and seven and eight, the shamash is shaking in its little waxy boots and is terrified that it’s going to not be able to do the job. And, when the other candles encourage it, and when it does it, they all melt away. 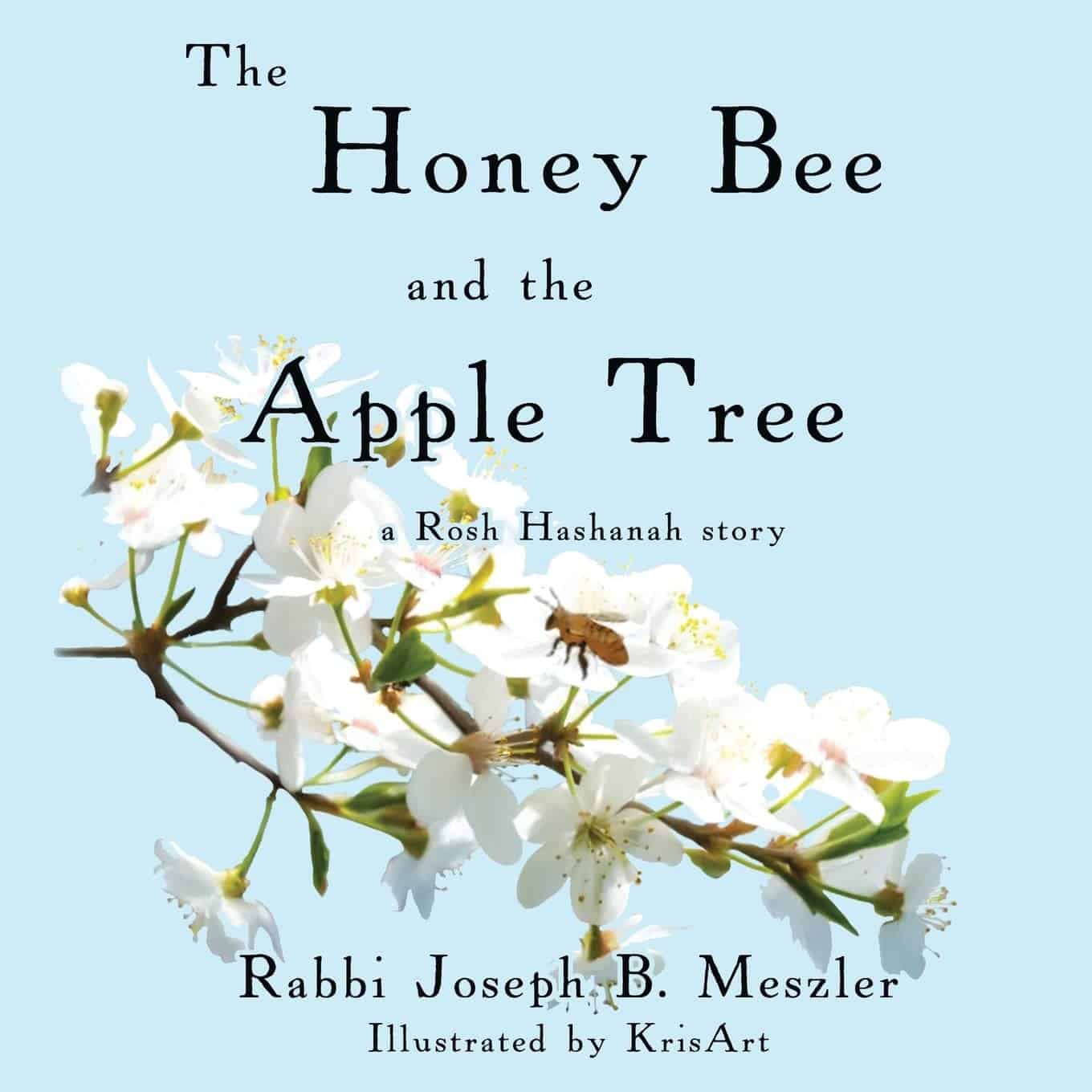 “The Honey Bee and the Apple Tree” has the theme of welcoming others, of welcoming strangers. [I was thinking about] what was going on in the world with refugees…It’s also welcoming people into your own community or in your own family. The honeybee goes looking for a tree to build its home, and it’s buzzing around. The illustrations Kris Graves did were absolutely magnificent.

It goes to an oak tree. And the oak tree says: “I’m too big and strong to be seen with little honeybees. Buzz off!” And the honeybee flies on. The maple says it’s too gorgeous to be seen with clashing yellow and black stripes. The bee is hurt but keeps buzzing off. Then, the honeybee sees a tall elm tree and asks again. The elm tree says, “I’m a wise old giant, and your flying around is distracting my thoughts.”

That’s when the honeybee sees a small little apple tree. The apple tree is delighted to have a visitor. They’re very happy together. The honeybee builds its hive in the apple tree, and eventually there’s a hive full of honey and a whole bunch of apples. Better than being strong or beautiful or smart is being kind. 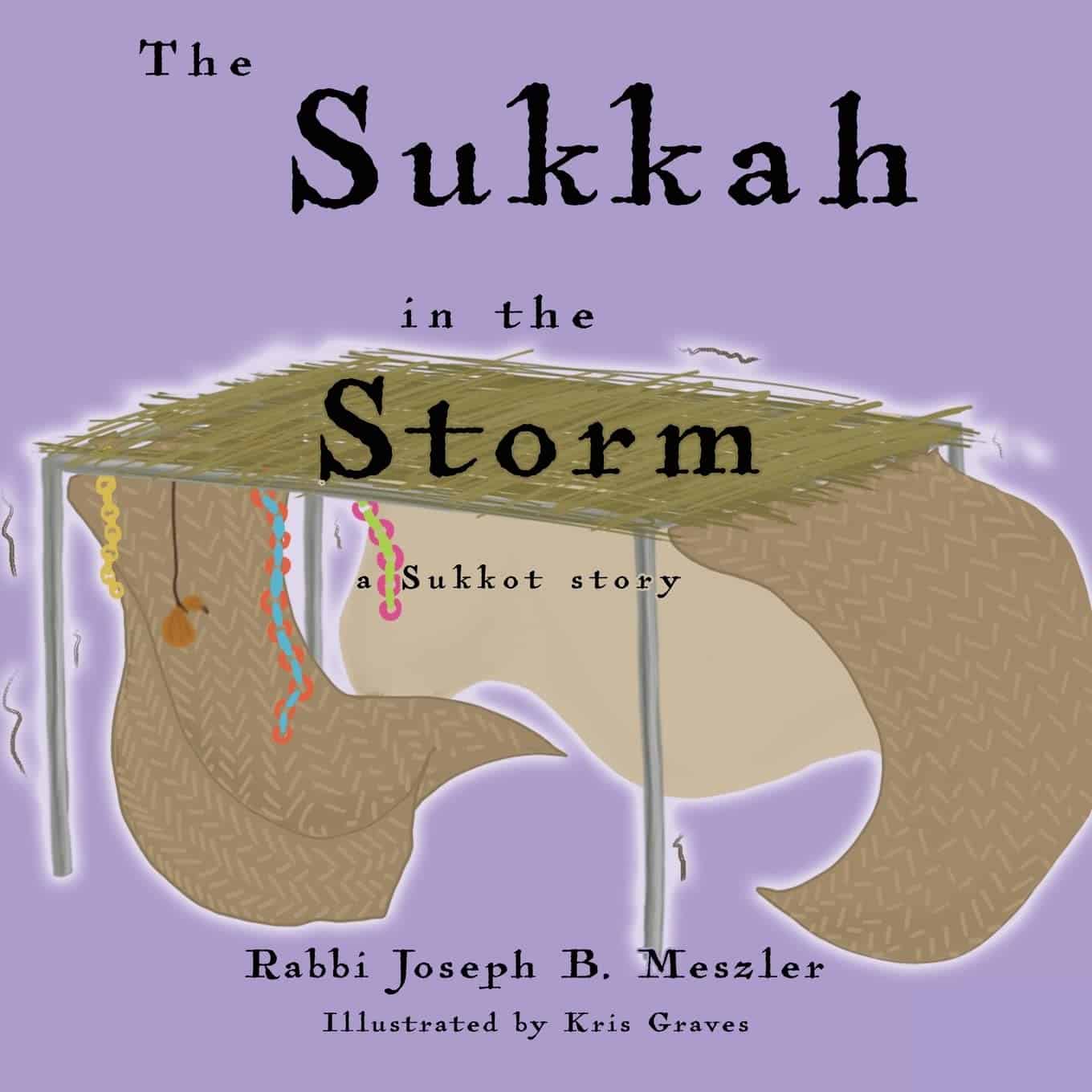 “Sukkah in the Storm” was a joke at the temple. Hurricanes and Nor’easters would knock over our sukkah a couple years in a row. We would set up a sukkah and then watch it get blown away. So I told a story from the point of view of the sukkah. There’s a radio on saying: “Weather alert!” and this sukkah is out there, trying to hold itself together. The radio is saying to take shelter. But where can the sukkah go?

Eventually, it’s put back together again—its cloth walls are found, its roof is found and it feels good as new. With the hands to help it, it will always be able to come back together again. It’s tension-filled for the kids as it tries to hold itself together, and there’s [a moral] about being knocked down and getting back up and asking for help.

Do you read these stories to kids at Temple?

Yes. It’s fun! One of the highlights of my career will always be sitting there with a bunch of kids, reading my books.

You must have a following.

It’s only been a year-and-a-half! It’s all very new.

What’s your wish for Hanukkah this year?

My wish for Hanukkah this year is truly—and I mean this on a very personal, physical level because it’s so dark, with the sun setting at 3—with all of the difficult news that’s happening in the world, my prayer is that people are able to find light at the darkest and coldest time of the year. I hope people are able to find light and to be each other’s light. That’s what I think Hanukkah is about. 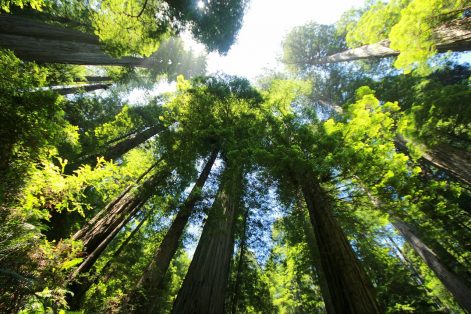 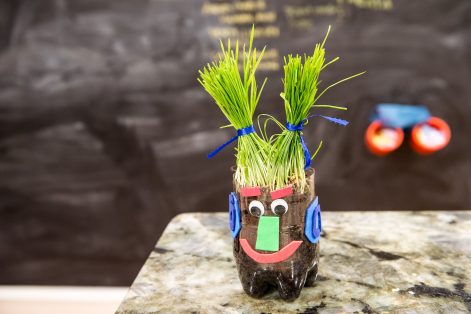 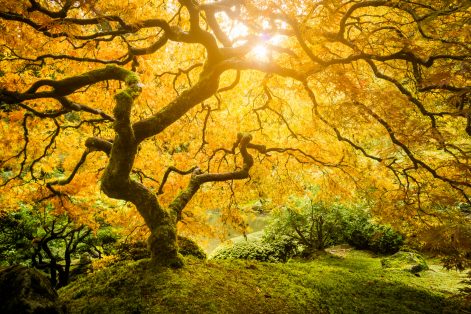 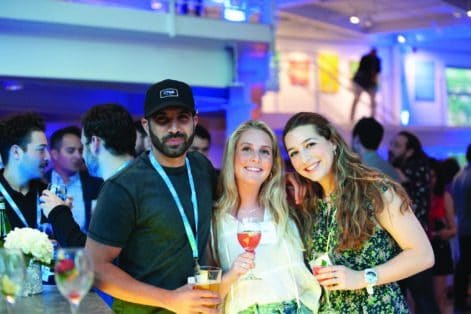