Catherine Bell, Carrie Bornstein and Rabbi Becky Silverstein are exceptional young Jewish leaders from the Greater Boston area who have been chosen as 2019-2020 Schusterman Fellows. The 18-month fellowship will focus on developing their individual and communal capacity for leadership. Fellows will meet with their cohort twice during the fellowship period and work individually with a coach to further refine their leadership skills. Bell, Bornstein and Silverstein told JewishBoston their personal and professional stories and what they hoped to achieve during their fellowships. 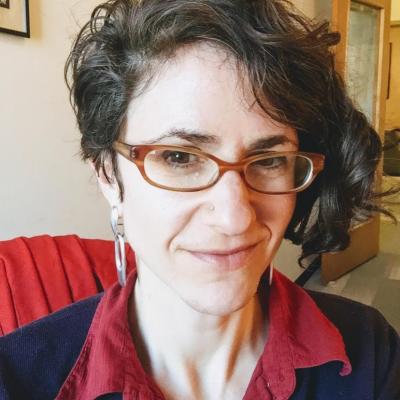 Catherine Bell has dedicated her personal and professional lives to the pursuit of social, racial and economic justice. Bell, who is currently Keshet’s director of national programs, was fresh out of college in 1999 when she joined the Jewish Organizing Initiative, now known as JOIN for Justice, as a fellow. The experience, she said, “Inspired me to pursue a life where I could be rooted in my identity and tradition, but also reach outside of myself and help address the brokenness in the world around me.”

Bell identifies as a queer Jewish person “with a lot of straight privilege in my life.” She noted that her tenure at Keshet “has given me the opportunity to work within the Jewish community to take on social justice values and turn those values into action on a national scale.”

During her time at JOIN, Bell reconnected to her Judaism, which she described as “a real gift.” After the JOIN fellowship, Bell worked for the Jewish Community Relations Council of Greater Boston, and then pursued a master’s degree in the sociology of education at New York University. “During that time at NYU, I was passionate about my volunteer work for Jews for Racial & Economic Justice,” she said. “I was connecting with other Jews working for social justice, continuing the theme of my work.”

After earning her degree, Bell returned to Boston, which she said, “has an incredible Jewish social justice landscape coupled with a nurturing environment.” Before Bell came to Keshet, she was a community organizer at Temple Israel of Boston, where she was at a crossroads professionally. “I contemplated becoming an academic, a rabbi or a nonprofit activist and leader,” she said. She chose to continue in the nonprofit world and started at Keshet in 2012.

Bell said the 2016 election was a turning point for her and her Keshet colleagues. “The work collectively took on more meaning and raised the stakes,” she said. “We felt a renewed sense of urgency in what we were doing.” Bell has also seen Keshet more than double in size since she arrived and claim the mantle as the largest Jewish LGBTQ organization in the country.

As for her time as a Schusterman Fellow, Bell said, “I’m ready to invest in my leadership in a serious way and am open to what that will look like.” Her first task is to undertake a 360-degree evaluation, in which supervisors, peers and others will give her candid, anonymous feedback. “I’m interested in learning how to become more bold and visionary in my leadership,” she said. 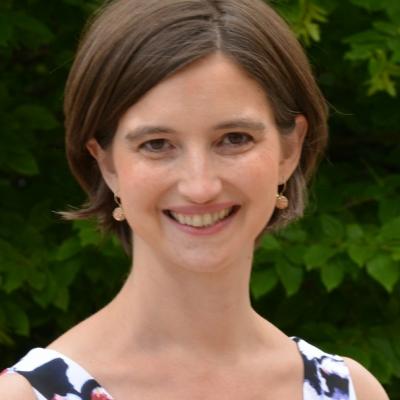 Carrie Bornstein has been the executive director of Mayyim Hayyim Living Waters Community Mikveh since 2012. Under Bornstein’s leadership, Mayyim Hayyim’s budget has almost doubled in size and increased its reach as an organization both nationally and internationally. Through the mikveh’s new program, “Rising Tide Open Waters Mikveh Network,” Bornstein and her team have created a system of mikvehs with representation from Canada, the UK, Australia and Israel. “The goal of Rising Tide,” said Bornstein, “was to take a phenomenon regularly happening at Mayyim Hayyim and to end it. People were coming to our mikveh from around the country and the world, and we felt good we were worth a plane ticket. But we were also sad that somebody needed to do that.”

With resources and training, Bornstein and her staff “mobilized the good happenings at Mayyim Hayyim and built other communities to support mikvehs that already existed.” Mayyim Hayyim’s phenomenal growth since it opened 15 years ago also includes a new partnership with the Jewish Arts Collaborative that will expand the mikveh gallery’s audiences. Bornstein noted the collaboration has already raised the caliber and number of applicants applying for the next round of exhibits.

On the more spiritual side, Mayyim Hayyim has recently published “Fertility Journeys: A Jewish Healing Guide” for people trying to conceive. The guide includes new training for clergy, clinicians and mikveh guides. The mikveh also recently celebrated its 20,000th immersion and 3,000th conversion. “We’re transitioning out of start-up mode and taking Mayyim Hayyim to the next level to make it a more established, mainstream organization,” Bornstein said.

Bornstein anticipates that during her Schusterman Fellowship she will encounter many professional and personal opportunities, and she said she looks forward to connecting with other leaders and organizations nationally and globally. She observed that Mayyim Hayyim, although based in Boston, also has “a national and international footprint. Connecting to other leaders will reinforce the fact that our national piece is strong.”

On a personal level, Bornstein said she looks forward to growing as a leader. “I’m looking to have a greater perspective on my leadership,” she said. “I tend to dive into things, which serves me well, but it’s hard to maintain perspective. I’m also hoping to connect with more of my peers. Being an executive director can be isolating, and I’d like to share my experiences with a trusted group of people. Overall, I see the fellowship as a seal of approval for my leadership and Mayyim Hayyim as an established organization.” 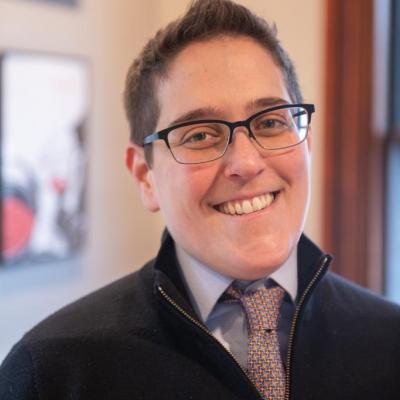 Rabbi Becky Silverstein describes his life’s work as rooted in queer-justice issues. Silverstein, who was ordained five years ago at Hebrew College, came back to Boston after a three-year stint in California, where he was an educator and interim rabbi at a Conservative synagogue. Boston, however, was the most natural fit for Silverstein and his partner. “The various Boston Jewish communities share our values in a deep way,” he said.

Silverstein identifies as gender-queer and uses “he,” “him” and “his” pronouns. He noted that he kept his given name. “I like it,” he said. “I’ve identified with it my whole life. Some part of that is how my name is Becky, not Rebecca, making it a source of attachment. I kept my name vis-a-vis my pronouns because it’s about being gender-queer and non-binary. My identity is outside of the gender binary, and my name conveys that. It also provides endless opportunity for conversation, education and connection with people.”

Since returning to Boston, Silverstein has taken on an array of leadership roles. He has worked at the Teen Beit Midrash as a program assistant, and is leaving that position after two years. He is the recipient of Svara’s Transformative Talmud Teaching Fellowship, which is described as a “traditionally radical yeshiva.” As part of the fellowship, Silverstein teaches Talmud to queer and transgender people in Jamaica Plain.

Silverstein serves on organizational boards that include Svara and The Jewish Studio Project, based in California, which he described as “using a creative approach to engaging people with Jewish texts and traditions. Folks come to a studio to learn and then make art about it.” He is also on Keshet’s board and serves as the rabbi-in-residence for the organization’s LGBTQ & Ally Teen Shabbatons.

The Schusterman Fellowship could not have come at a better moment for Silverstein, who said he wants to unite “the disparate pieces of my leadership and claim a coherent vision of myself. I want to answer the question: What type of leader am I within the Jewish community locally and nationally?”

However, Silverstein said the questions he is most drawn to are: “What does it mean to create a healthy Jewish ecosystem? What does it look like to have healthy relationships between lay leaders and rabbis, between donors and organizations, and even between organizations? I’m excited to create my vision of the world and my vision of who I am as a rabbi.”