I ended last week’s blog post with a challenge to everyone, most particularly myself: be more Israeli, by which I meant, try to take life a little less seriously! I don’t know that I necessarily accomplished that goal (I definitely still freaked out when my bus ran late on Saturday night, even though I had nowhere in particular to be) but I’ve been learning other new things that help me feel more confident in Israeli society. For example, I had a ten year old teach me a bunch of Hebrew words at when I went to volunteer on Sunday, including “necklace”, “bracelet”, “eyebrows”, “eyelashes”, and “dress”.

At this rate, I should be fluent by next week – stam!* Seriously though, it amazes me how much more I learn each day, and how acclimated we have all become with Haifa over the past couple of months. We still encounter difficulties on some days, but our misadventures seem to be dwindling and our successes increasing every week! Of course, there’s still a lot to learn about life in Haifa…and that’s where Eli comes in. This week I’m blogging about OTZMA’s Eli Cohn and how he’s helping us OTZMAnikim (and tons of other international community members) feel more at home here in Israel.

Eli is actually sponsored by the Minneapolis Federation which makes his partnership city Chadera, but through various logistical reasons he is in Haifa with the Boston-Haifa Connection. And it’s a good thing we have him. Along with volunteering at Ironi Aleph School, he and Tracy also volunteer at the Center for the Aging and Haifa’s Hillel. We focused on the Center for Aging with Tracy last week, so this week’s focus is on Eli and Hillel. 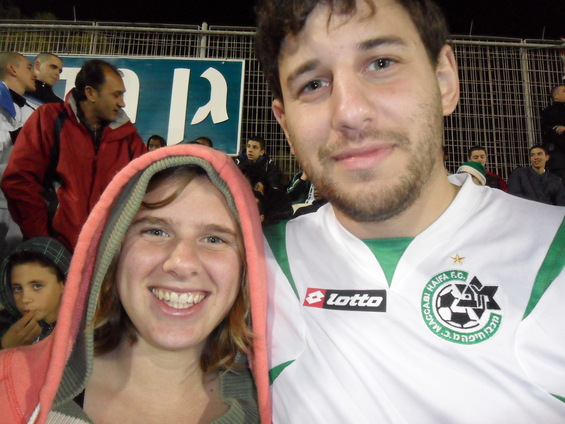 The project for the Haifa Hillel is called Survive the Five; it’s a five-event program that runs over the course of our time here and is designed specifically to introduce international students or olim to the city. The events include a Maccabi Haifa soccer game (last Monday), a trip to the Navy Museum with soldiers from a nearby base (today), a Purim Carnival, a visit to the Druze village on Mount Carmel, and a scavenger hunt at the Technion (all upcoming). 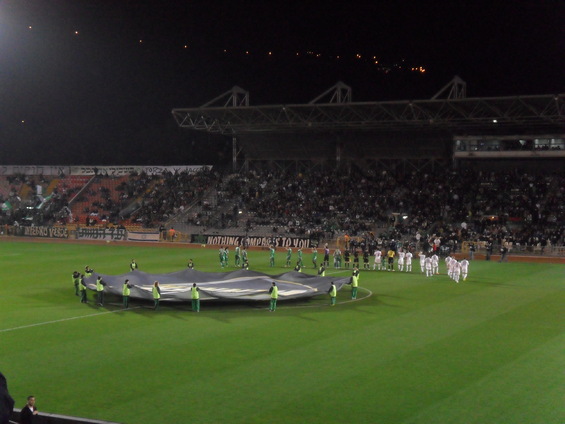 Each event is intended to show participants a different aspect of the city and culture in Haifa, and so far they’ve been equally fun and educational.

After doing extensive work with Hillel in America, Eli is somewhat of an expert at working in Jewish communities (though he will probably kill me for phrasing it like that because he is ridiculously modest.) With his past experience in mind, he explained that working with Hillel in Israel is really different and unique.

“One of the first things they told us is that free food is not enough of an incentive to get people to come to an event here,” Eli explained. College kids in America are usually enticed by chips and soda, but university students here are older and therefore the Hillel demographic is different.

“The programming has to be something people can really get something out of and want to attend for its own sake,” Eli continued. “You have to make an event interesting and meaningful.”

So far the events have accomplished both of these goals, and it seems like the final three will have just as much of an impact in helping us learn about Israel, specifically about the fantastic city that we currently call home: Haifa. Assuming I “survive the five,” lehitraot!

*Stam is a word used very freely here in Israel; it seems to mean lots of different things, but I like it best when it’s used after a sentence that is clearly meant to be a joke or a sarcastic comment. I like to think of it as Israel’s answer to Borat’s “NOT!”