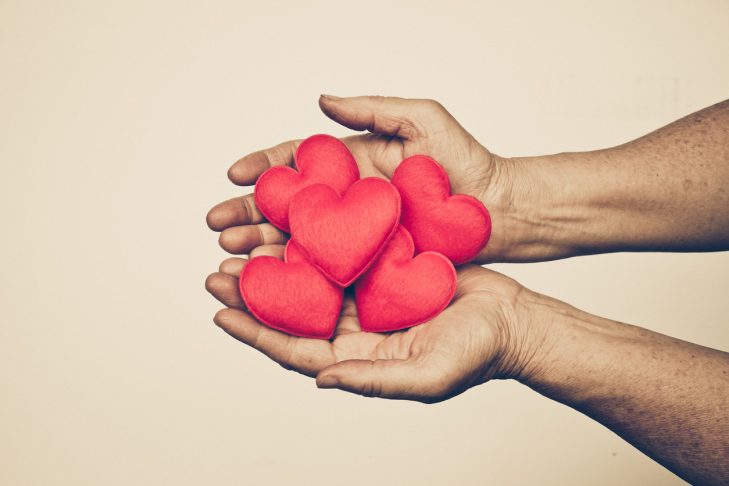 “It is better to give than to receive.”

We all know this maxim. We revere it. In a thousand ways as a society we hold this up as the golden standard to which we should all strive. The problem is, it’s not true.

There are times when it is better to receive than to give. In fact, there are situations when giving is damaging and not receiving is hurtful.

Loss and grief are such times.

Recently I sat with someone who is battling a terminal illness and coming to the end of her fight. Her fighting spirit has been admirable. Now, however, as the fight is over, that same fighting spirit is causing her, and those around her, great harm. All she wants to do is just that—do. She wants to do something, wants to receive nothing. This woman deeply cares for her family and friends, and she repeats over and over again how she is doing this for them as much as herself. “I don’t want to be a burden,” she has told me in almost every session. “Better to give than receive,” she basically says. Although she didn’t say these words, she doesn’t have to. It is how she defines herself, intending on leaving this world demonstrating them to the very end.

So here’s what I told her.

She heard me, but I’m not sure she received the message. It’s hard to shift our worldview at the very end.

For her, giving was easy. Receiving, damn near impossible. I had to spin the act of receiving into an act of doing for her to even entertain the thought of taking in what those around her wanted to share with her.

The more I’ve thought about it, the more I’ve come to believe that this is at the core of what so many people are struggling with, and not just around loss and grief.

Over and over, I counsel uber-successful, hyper-driven, highly accomplished achievers. The mere act of them coming into my office and spending an hour on themselves not to do, but to be, feels selfish to them. If they aren’t giving, they aren’t living is essentially the refrain they repeat over and over in how they live.

And yet, as successful as they are out in the world, they don’t feel successful. The money, the professional accolades, even their most important relationships, fall flat. Certainly there are many reasons for this, but a major reason is because they are unable to receive all of those good things, really receive them, into their heart. Like that woman, they hear the words; they don’t receive them. So, instead, they go for more and more and more, and ironically they experience it and enjoy it less and less and less. More sex, more money, more praise, more love. What they need is not more; what they need is to receive what they have.

This is why in Judaism, the highest level of spiritual achievement is not the performance of all the dos or refraining from all the don’ts. Rather, the highest rung of consciousness is called Kabbalah. Kabbalah, which most people think of as Jewish mysticism, literally means “receiving.” From the mystical perspective, the ability to receive, truly receive, is the highest expression of our humanity and how we touch upon divinity.

Receiving is not selfish.

Receiving is not weak.

Receiving is definitely not easy.

Receiving is an art form.

Receiving is an act of love.

Receiving is an expression of the Divine.

The next time we are faced with a challenge, or struggling in a relationship, or feeling empty in our life, instead of muscling our way forward, or attempting to do more, perhaps we can try something else. Instead, maybe we can simply become a Kabbalist—someone who understands that sometimes it is better to receive than to give.