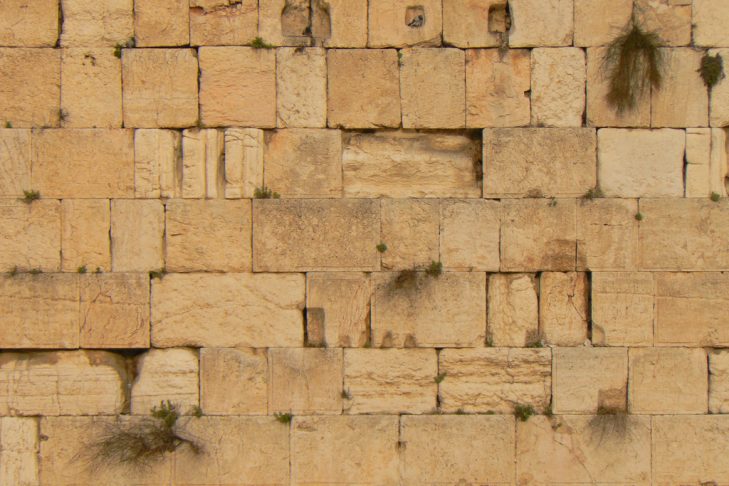 If you have ever visited Israel, certainly you made a stop at the famed Kotel, also known as the “Western Wall” or “Wailing Wall.”

Frankly, you can’t miss it. It is, literally, the centerpiece of the Jewish homeland and the Jewish people, but not for reasons you might think.

Yes, it is the remaining fragment of the ancient Jewish Temple, which was destroyed over 2,000 years ago. Yes, it is a reminder of the destruction of ancient Israel, the exile of this people from their homeland, and the painful wanderings they endured from persecutions to pogroms to death camps.

And yes, there is room for the wall to be a place for remembering and wailing over a painful past.

However, if that’s all it is (and for most people, Jews included, that’s all they know it to be), then we are mistaken and missing the point entirely. We are also missing the opportunity to learn an invaluable lesson. Arguably that wall holds the secret to survival in facing life’s obstacles, challenges and tragedies, and here’s why.

If Walls Could Speak

The real message of the wall isn’t about looking backward and mourning over what was, or what was lost, or what could have been. On the contrary, the rabbis made a decision 2,000 years ago to do the very opposite.

The rabbinic tradition didn’t go back to the ruins of the Temple, which stood atop that wall, and build a third temple. Nor did they push their people to focus on rebuilding whenever that day might return (after all, it has returned and we still haven’t rebuilt the third temple). Rather, they made what is arguably one of the most profound entrepreneurial pivots in the history of humanity, certainly in the history of the Jewish people.

Instead of rebuilding the destroyed Temple, Jews would build little temples anywhere they could and everywhere they would go. In that decision, they:

The Call of the Wall

Today on the Jewish holy day known as Tisha B’Av, Jews mourn the persecution and destruction that our people have endured in the past. And at the top of that list is the destruction of the Second Temple.

Certainly we should take this day to look backwards, to remember and to wail over the tragedies, atrocities and suffering that befell our people.

However, what the rabbis taught us history has proven, and those stones in that wall should remind us that this not where it ends. Today is about looking backwards and crying. Tomorrow, however, is about looking ahead and moving forward. It isn’t about the destruction of what was, but the construction of what is yet to be. And that will only happen if we listen to the Call of the Wall: adapt, pivot and innovate!

So, the next time you visit the wall or turn to face it in prayer or reflect upon it, remember that those stones are there to remind us of the indomitable, creative, resilient and entrepreneurial spirit that is alive and well within the Jewish homeland, the Jewish people, and in each and every one of us.

So let’s stop wailing, and let’s get out there and adapt, pivot and innovate!