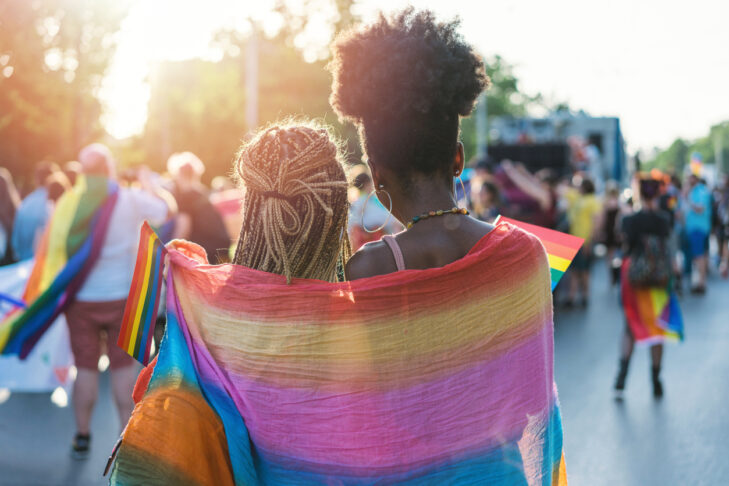 As a pair of lesbian writers, my partner, Ollie, and I occasionally find ourselves gravitating toward inclusive LGBTQ publications. Last winter, Ollie was published in Sinister Wisdom—the longest-operating lesbian publication to date—and I quickly followed suit in its Summer 2020 edition. As contributors, we each receive quarterly copies of the journal, which features a rich brocade of lesbian writers, and this winter, I was pleasantly surprised to unwrap a copy with the title, “To Be a Jewish Dyke in the 21st Century.”

The usage of the word “dyke” might make some balk, as it has been most commonly used as a slur, or a pejorative, at best, but the writers and editors of Sinister Wisdom wear the word with pride. When I first came out, I tested the waters with it myself, and I still use it sometimes, though I find “lesbian” softens the blow a bit. Coupled with Judaism, which certainly has its fair share of associated pejoratives, a lesbian may find themselves beset on many sides by all manner of bigots. We’ve certainly seen this in recent years, with the growing visibility of neo-fascist movements, but I have found that the more hatred rises, the more comfort I find in the words of elder Jewish lesbians. 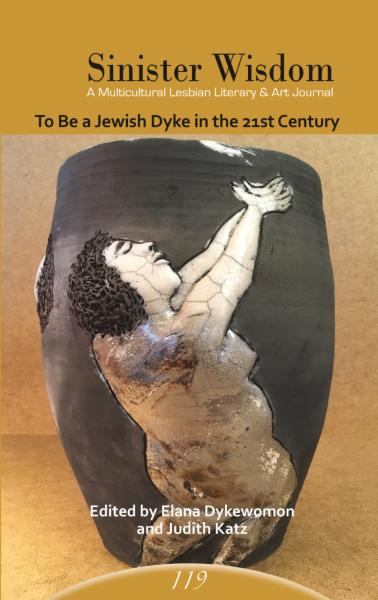 This edition of Sinister Wisdom, which has been edited by literary powerhouses Judith Katz and Elana Dykewomon, features work from JEB (Joan E. Biren), Terry Baum, Bonnie Morris and so many more. The first piece, by a writer named Tova, quotes a 1944 Muriel Rukeyser poem that starts: “To be a Jew in the twentieth century/Is to be offered a gift. If you refuse/Wishing to be invisible, you choose/Death of the spirit, the stone insanity.” While Rukeyser was probably not writing about Jewish lesbians in particular at that time, the phrase strikes a chord. As I continued throughout the issue, I noticed that many contributors had been involved in writing and activism for decades, which made me wonder: What does it mean to be a 26-year-old Jewish dyke now, in 2021?

A newer contributor, Chaya Hazel Chaninsky, writes a love letter to Jewish activist Leslie Feinberg, author of “Stone Butch Blues,” and the rapture and respect is evident. Judaism and lesbianism both rely heavily on remembering those from the past and the work they have done, and from that intersection springs a profound wealth of art, activism and culture. Jewish lesbians have always been here, and will always be here, and our resilience and love for one another exemplifies, at least in part, what it means to be a Jewish dyke.