On an Erev Shabbat in 1996, Jeffrey Hoffman read from the Torah while orbiting the earth on the space shuttle. He asked one of his fellow astronauts to videotape the event, hoping that at some point in the future, someone might find meaning in sharing this experience. Years later, thanks to the inspiration and persistence of our production partner and executive producer Rachel Raz, it has now become a meaningful moment for increasing numbers of people around the world—Jews and non-Jews alike.

Dr. Hoffman’s unique act of worship had remained in obscurity for three decades. Then, five years ago, Rachel, an educator, heard him speak at Hebrew College and resolved that his story must be preserved and shared with as many people as possible. When she approached Verissima Productions about telling his story on film, we jumped in immediately, even though there was no budget for the production at the time. We felt that this would be a mitzvah for our company, and if we were able to complete the film, it might have lasting importance. At the time, I had no idea of the profound impact making it would have on my own Jewish journey.

Over the 20 years that my partner, Pam, and I have been producing personal histories and historical documentaries as Verissima Productions, many Jewish-related film projects have found their way to us: a one-hour broadcast documentary, “The Jews of Memphis”; PBS’s “Zamir Chorale: Jewish Voices Return to Poland”; a profile of the artist Samuel Bak: “The Art of Speaking about the Unspeakable”; and stories of other survivors that have been used as part of the Facing History and Ourselves curriculum and for other educational uses.

Working on each of these projects brought me incrementally closer to my Jewish identity—yet my own practice of Judaism lay fallow. As a fifth-generation descendent of a Jewish family in Memphis, I had always felt connected to my cultural roots, but I had not been brought up as a practicing Jew. Over the four years of making this film, that would change. 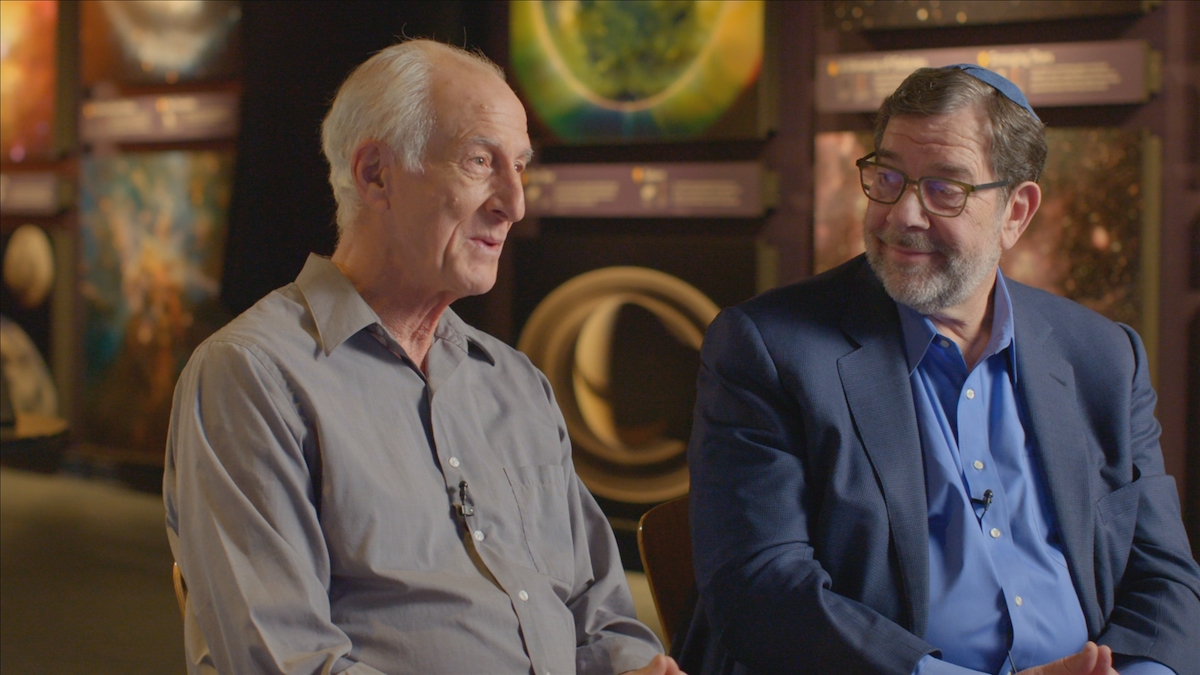 Dr. Hoffman told us, “It wasn’t that space made this Torah special—it was more that the Torah made space special.” The film also showed us that in the juxtaposition of a 5,000-year-old tradition with this highly evolved technology, the Torah emerges just as relevant as it was when it was first given. Editing the video of Dr. Hoffman reading from Bereshit aboard the space shuttle recharged my interest in my own Judaism. As we were doing research for the film, Pam and I also began searching for a congregation we would feel comfortable joining, and discovered Temple Sinai in Brookline. We found its services and other activities to be both spiritually and intellectually rewarding—and as members, we were part of a caring community that provided us with a strong support system as we worked on the film through the pandemic.

The home stretch of the “Space Torah” editing took place during the height of the lockdown. This gave us concentrated time to focus on our work. It also meant that our highly sought after (and usually fully booked) post-production team would be available to join the project. And now we had a service to go to (albeit by Zoom) at the end of each week of very long days. This gave us the space to still our minds, catch our breaths and refresh for the week ahead. We came to appreciate Shabbat in our lives in a whole new way. This continued from March through August 2020, at which point we had completed a 25-minute film we could feel proud of. 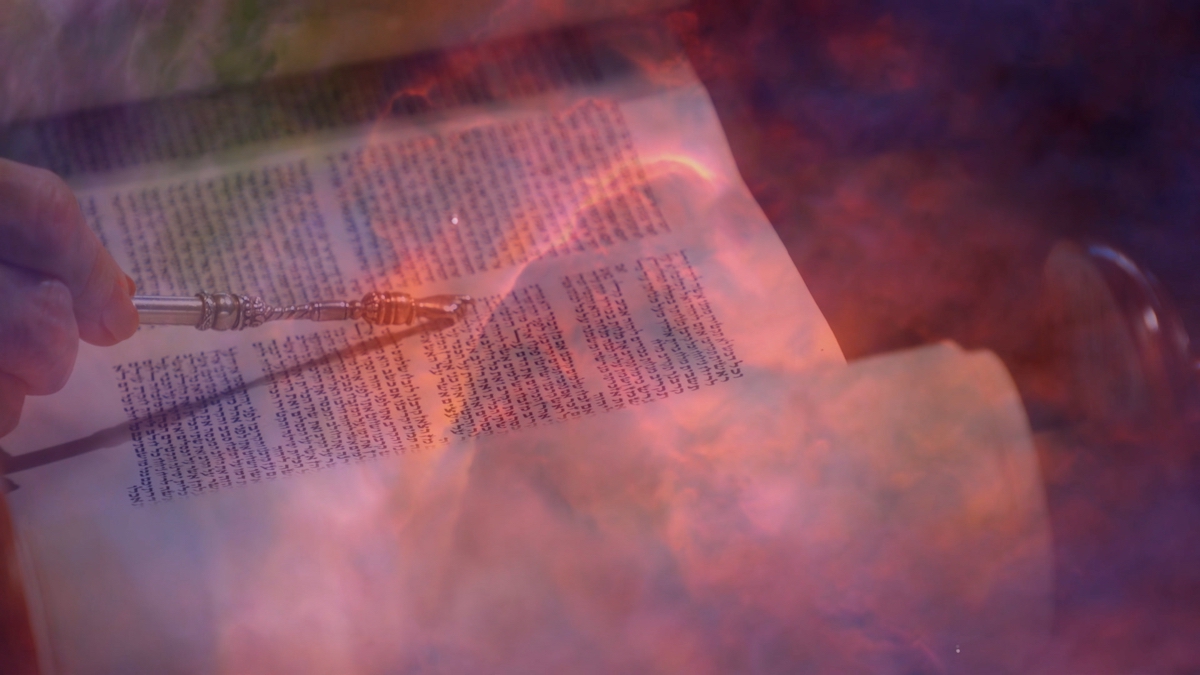 Thanks to our partnership with Rachel—and guidance from the film’s 501c3 sponsor, the Center for Independent Documentary—”Space Torah” has by now been accepted into 31 film festivals in 10 different countries, winning several “Best Documentary” and “Audience Choice” awards along the way. It also won Telly Awards in the Biography, Original Music and Spiritual/Religious categories. There are plans to bring the “Space Torah” experience to people of all ages through various curricula and screenings in a variety of international venues.

It’s been gratifying for us to have had the chance to connect so deeply and learn so much from Dr. Hoffman’s extraordinary experience, and to have been able to be the vehicle that would bring his story to people around the world, and even more so to have found a spiritual home and safe haven for these challenging times as a byproduct of that journey. 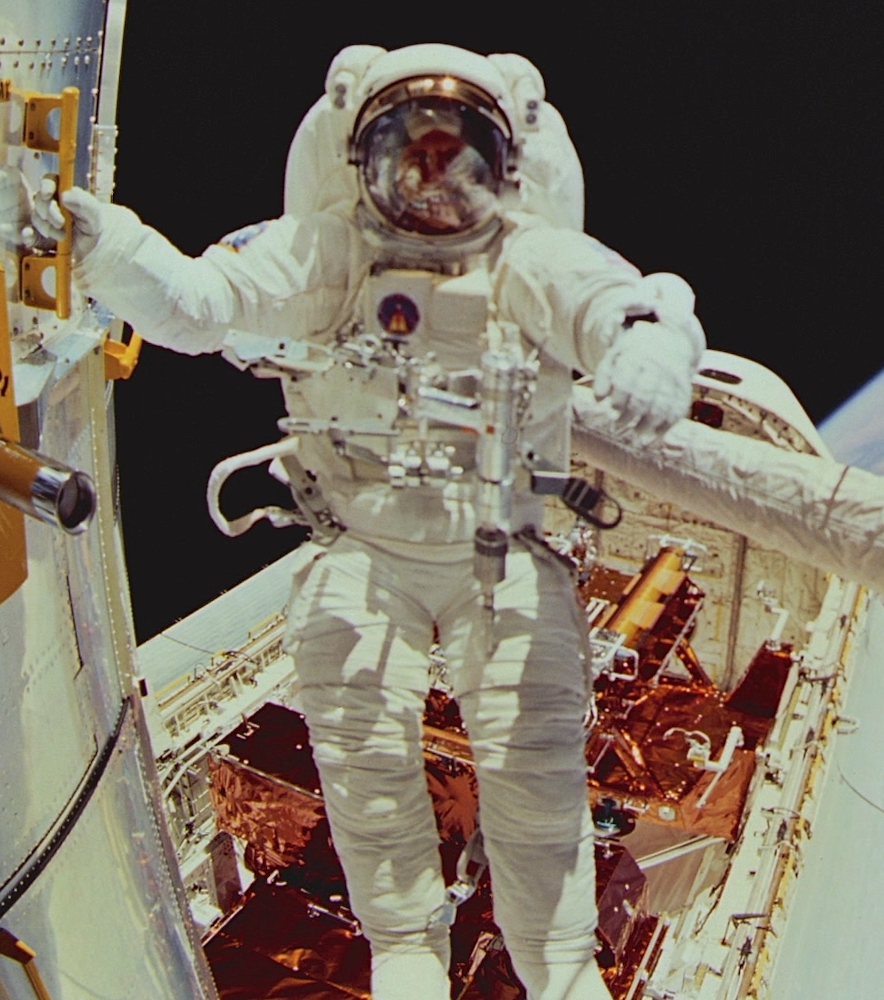 You can stream “Space Torah” virtually during the Boston Jewish Film Festival from Nov. 7-21, or at an in-person screening at the Museum of Science on Nov. 11 at 6:30 p.m. The screening will be followed by a conversation with director Rob Cooper and NASA astronaut Dr. Jeff Hoffman, moderated by Paula Apsell, former senior executive producer for the PBS NOVA science series. 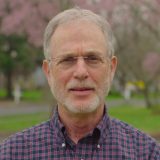 Rob Cooper
Rob Cooper has been producing films for 35 years. His producer/director/editor credits include “Good Mornin’ Blues,” hosted by B.B. King, which was broadcast nationally on PBS and in 12 countries around the world and was awarded a Cine International Golden Eagle. At WBZ-TV, Rob won New England Emmys producing segments for “You Gotta Have Arts” and “Money$ense.” Since 2000, Rob and his partner, Pam Cooper, have worked together as Verissima Productions, making video biographies and personal histories for individuals, families and businesses around the country; producing history-based documentaries for education and broadcast; and creating promotional films for nonprofits. For the past several years, they’ve also been using segments of their films to conduct adult education programs at their temple.