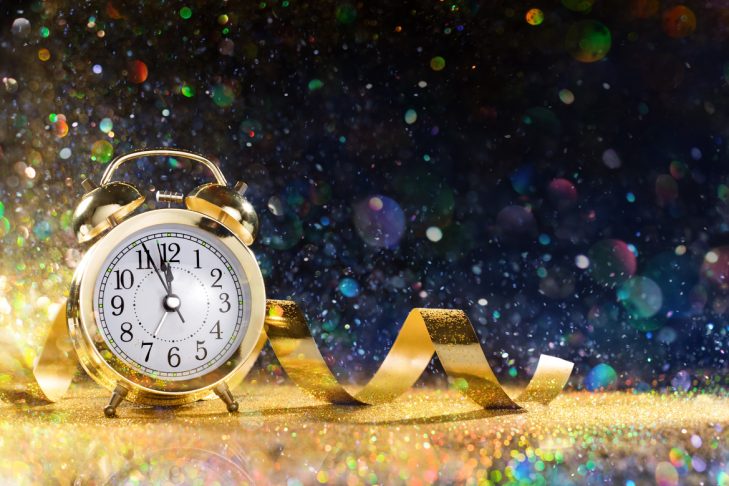 In the early days of “Saturday Night Live,” there was a great skit with Lorraine Newman reporting from Times Square on Rosh Hashanah, surprised that no one else was there. As she shared her confusion with “news anchor” Chevy Chase, she reminded herself that she would now have to write the year 5736 on her checks. (This was in primitive times before everything was online.)

While no one really confuses the two new year celebrations, there are some interesting contrasts. For me, the greeting “Shanah Tova!” on Rosh Hashanah has more resonance than the “Happy New Year!” of the secular (Gregorian) calendar. I’m always up for a pleasant greeting, but they’re just not the same.

The January New Year doesn’t feel that new, except when dealing with paperwork that requires the current date. It comes in the middle of the winter, with no end in sight to the cold, short days. Rosh Hashanah, on the other hand, comes as autumn approaches, with subtle shifts in temperature accompanied by the beauty of the changing leaves. Both spiritually and in concrete terms, it has the feel of a beginning, of a time for change. As Rabbi Mark Wildes of New York told The Jerusalem Post: “The Jewish calendar carries the spiritual weight, with spiritual landmarks along the way. The Gregorian calendar carries more of a Christian or Roman tradition, and so for Jews it simply does not contain the same spiritual significance.”

Nevertheless, the beginning of the January New Year presents opportunities for growth and positive change. “The secular New Year can serve as an opportunity for any of us, Jew and non-Jew alike, to reflect on the past year and make some New Year’s resolutions for the coming one,” Wildes explained. But the resolutions differ if they are made on Rosh Hashanah rather than Dec. 31. “Rosh Hashanah is a time when we make our spiritual resolutions for the Jewish New Year,” said Wildes. “The secular New Year can be a time when we resolve to do better in a more physical sense: better attendance at the gym, more punctual to meetings at work.” The topic of diets often comes up in late December/early January, not so much in the fall. In fact, Rosh Hashanah involves lots of great eating with family and friends. Of course, the secular New Year also involves good food, as well as a certain amount of drinking—usually not Manischewitz—and one seldom hears of anyone drinking champagne on Rosh Hashanah.

In fact, there are two dates in the Jewish calendar that are considered to be the start of a new year. “Efforts to strike a balance between a particularistic loyalty to Jewish religion and nationhood and a more universalistic commitment to the human community played itself out in the struggle to set a date for the beginning of the Jewish calendar year,” Michele Alperin explains on MyJewishLearning. “The two possibilities were Nisan—the month of Passover—and Tishrei—the month of what is now known as the festival of Rosh Hashanah.”

“This New Year celebrated the creation of the Jewish nation through the redemption of the Israelites from Egypt. Nisan, as the first of the months, coincided with the beginning of Jewish national history,” writes Alperin. The Torah actually makes no mention of a new year on the first of Tishrei, our Rosh Hashanah. The Torah’s reference to Tishrei describes a holiday primarily characterized by the blowing of the shofar.

We read in the book of Leviticus: “In the seventh month, on the first day of the month, you shall observe complete rest, a sacred occasion commemorated with loud blasts. You shall not work at your occupations, and you shall bring an offering by fire to the Lord.” There is no mention of a holiday called “Rosh Hashanah,” or any reference to a day of judgment or anniversary of creation, which we now acknowledge in High Holiday liturgy. The current concept of Rosh Hashanah began to emerge at the time of the Mishnah at the beginning of the second century. The New Year of Nisan remained a marker of the months and festivals.

Technically, Nisan is considered to be the first month on the Jewish calendar, the date on which the Jews left Egypt. In Leviticus, God tells Moses and Aaron: “This chodesh (new moon or month) shall be to you the head of months,” while Rosh Hashanah is referred to in the Torah as “the first day of the seventh month.” Confusing, perhaps, or a reason to celebrate New Year’s twice, if not three times.

Just to make things more confusing, the 15th of the month of Shevat—Tu B’Shvat—is the new year for trees, originally an agricultural festival marking the emergence of spring. In Leviticus, the first of the month of Elul was considered to be the new year for the tithing of cattle.  Neither involves making resolutions of any kind, although both have been considered in modern times to be an ideal way of celebrating nature and the environment.

Whichever New Year(s) you celebrate, have a great one (or two or three or four or five)!