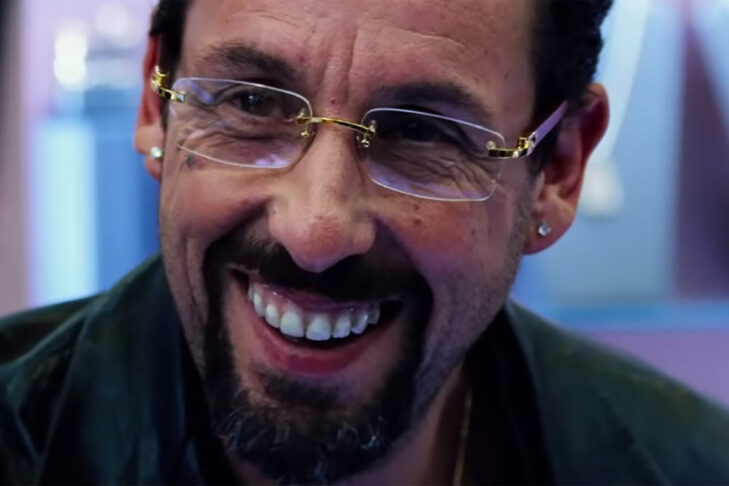 On Sunday, Dec. 8, entertainment company A24 hosted an advance screening for its upcoming crime thriller “Uncut Gems” at the new Arclight Cinemas in Boston. A panel and audience Q&A with stars Adam Sandler (clad in a Celtics-green “Wicked Smaht” T-shirt) and Keven Garnett (Yes, that KG from the Boston Celtics), directors Benny and Josh Safdie and composer Daniel Lopatin, well-moderated by former Celtics player and current sports reporter Brian Scalabrine followed the showing.

“Uncut Gems,” the third film from brothers Benny and Josh Safdie (“Daddy Longlegs,” “Good Time”), tells the story of Howard Ratner (Adam Sandler), a Jewish jeweler in New York City with a penchant for gambling. With his marriage in shambles and bookies after him, his score of a precious black opal brings him hope for renewed fortunes and the life he wants with his 20-something girlfriend/mistress Julia (Julia Fox). Things take a turn when Boston Celtics player Kevin Garnett (played by, ahem, Kevin Garnett) comes to Ratner’s shop, is shown the gem and becomes obsessed with it, believing it to harness great power as more than just a lucky charm. Garnett’s determination to own it, no matter the cost, interferes with Ratner’s plans for redemption.

The film, which debuted in festivals to great success, has received positive reviews from critics. Rife with archived footage from the Boston Celtics and Philadelphia 76ers games from the 2012 Eastern Conference semifinals, it also features a cameo from The Weeknd, a look at the dangers of jewel mining in Ethiopia and an uncomfortable family Passover seder (with actual Hebrew, rituals and an afikoman hunt). 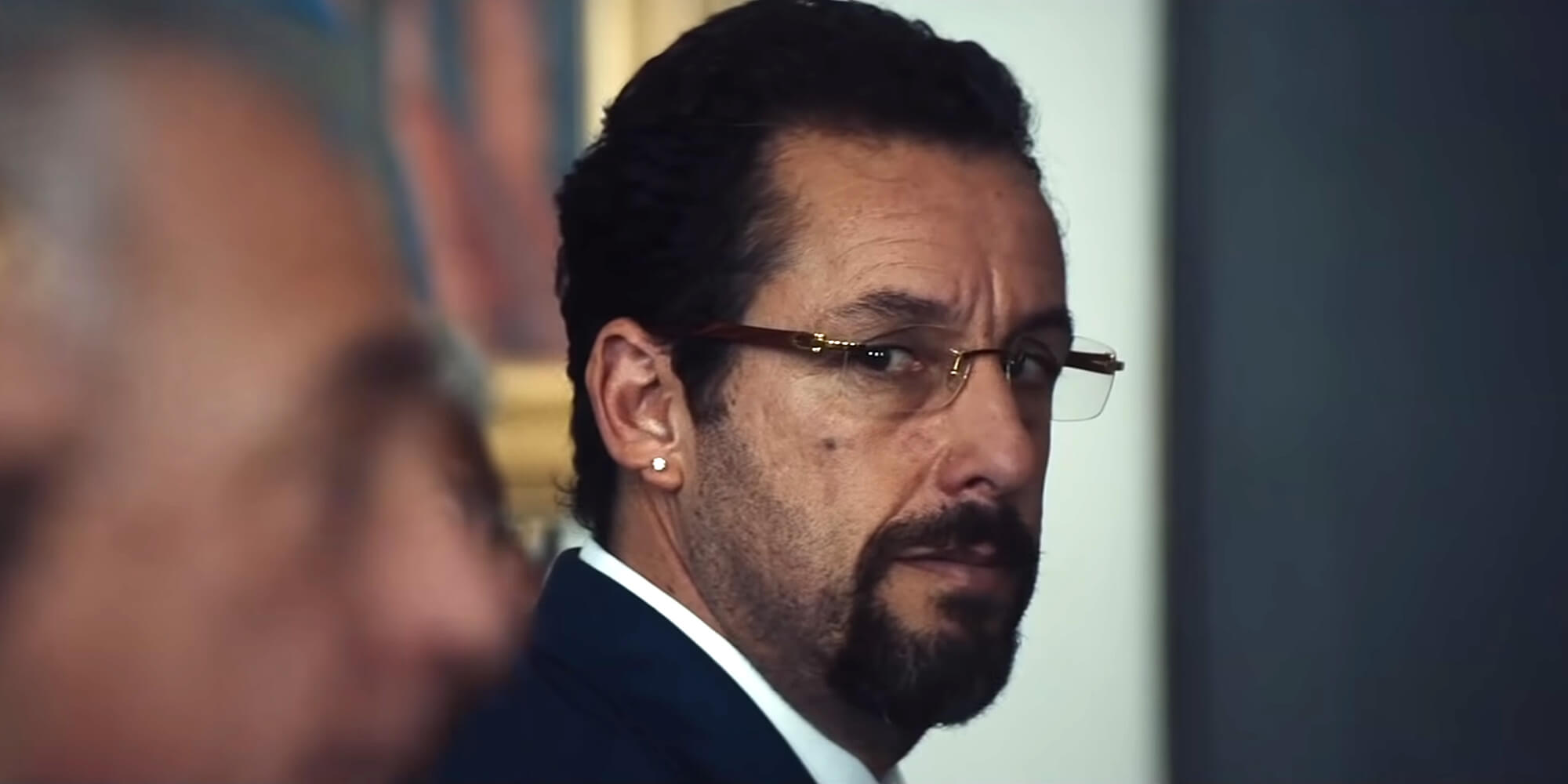 Howard Ratner is Sandler’s first serious role in recent memory. At first, the excessive shouting cluttering Ratner’s hamsa-laden jewelry store is quintessential Sander. But the further you get into the film, the more Sandler showcases his range as an actor. His over-the-top screaming in initial scenes becomes replaced by fear, stubbornness and anxiety rooted in situations and energy larger than himself; his physical expressions are nuanced and thoughtful. You want him to win at the end. One audience member even referred to Ratner as a “wonderful asshole.”

Julia Fox shines in her breakthrough role as Ratner’s girlfriend. Her character’s first appearance suggests a possible sugar baby/sugar daddy situation, but the tenderness between her and Ratner soon becomes a palpable and driving force throughout the film. Broadway star Idina Menzel is convincing as Ratner’s resentful wife, Dinah.

Inspired by their father’s work in the diamond industry, the Safdie brothers’ idea to make a film character who dreams big in the jewelry business was a project 10 years in the making; the result was worth the wait. They do an incredible job building tension from start to end. It’s such a cliché to write this, but everyone in my vicinity was literally sitting on the edge of their seats. “Even though I knew how the basketball games were going to end, it was still so stressful to watch,” my friend Dana said. Despite the chaos of the real-life Patriots/Chiefs game that was in the third quarter when the film started, no phone screens were taken out until the lights were turned back on.

Perhaps the most unrealistic aspect of “Uncut Gems” is that its main character is a New Yorker who’s rooting for a Boston sports team. During the panel, the Safdie brothers explained that the basketball player in the film was supposed to be a Jewish Knicks player, but they wanted a bigger name. Kobe Bryant was slated to appear but was replaced by Garnett. KG could relate to his character’s belief in superstition; according to former teammate Scalabrine, he used to play with a $2 bill in his shoe. 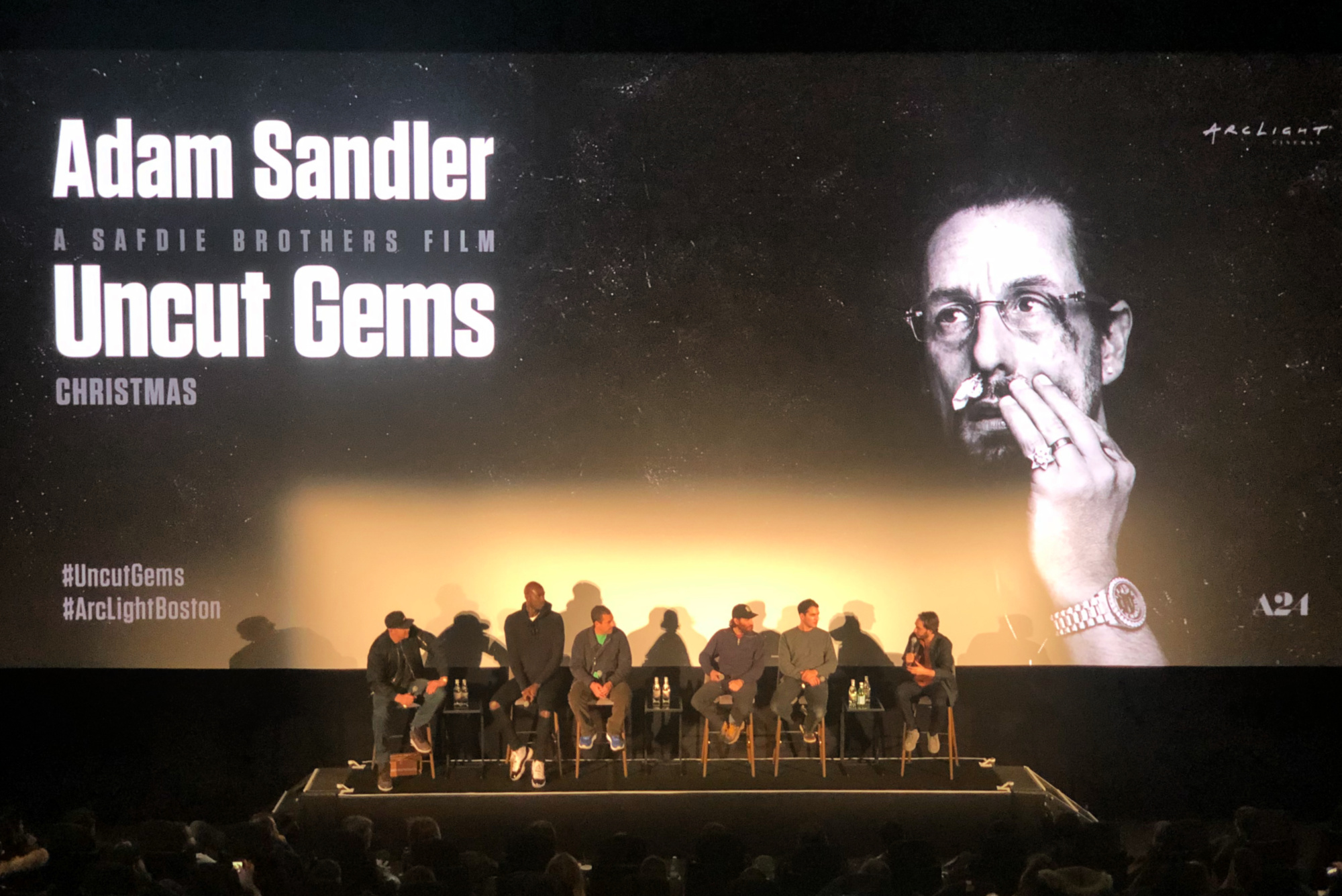 With hamsas and other Judaica items tastefully peppered throughout the scenery, a Passover seder and a discussion that casually mentions Ethiopian Jews and the Jewish diaspora, the film shows “Judaism as it exists,” something that was important to Benny. “You never see a Passover seder in a movie other than ‘A Rugrats Passover,’” he explained. A lot of Jewish characters are stereotypical, but Sandler’s character doesn’t shy away from his heritage; he’s a proud Jew who doesn’t back down.

At its core, “Uncut Gems” is a surprising and suspenseful crime drama about “accepting people for who they are.” And isn’t that what everybody wants?