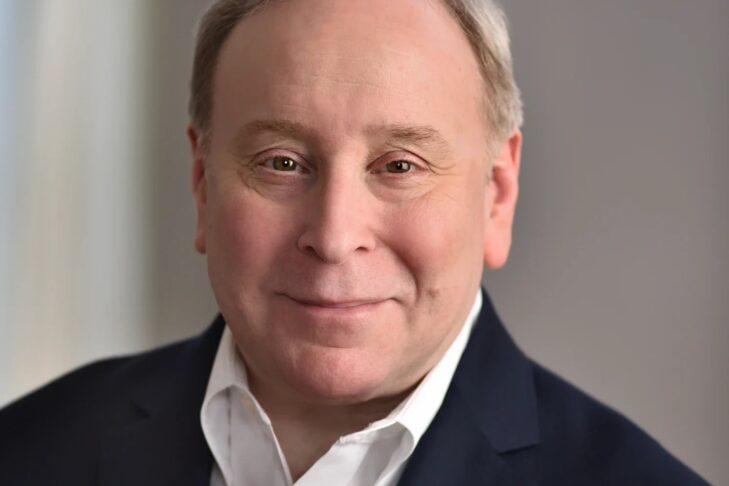 “There’s an old joke about a typical Jewish telegram—these days it would be an email—‘Start worrying. Details to follow,’” mused Jonathan Tobin as he began his recent talk, “What’s the Real Reason for Anti-Semitic Media Bias?”

Tobin is editor-in-chief of JNS (Jewish News Syndicate), contributing writer for The National Review and columnist for The New York Post, Haaretz and other publications. The Zoom talk, held on July 8, was sponsored by the Canadian Anti-Semitism Education Foundation.

“Over the last half century we have dealt with media bias against Israel. It’s gotten a lot worse,” said Tobin. “The recent conflict produced a torrent of biased articles and news reports, which are generally rehashes of Hamas propaganda. The message, though, was simple: Israel is bad.” Tobin pointed out that there is no discussion of Israel’s right of self-defense, or of the fact that Hamas targets civilians—while Israel does not—or of the aggressive tactics of the Palestinian Authority and Hamas.

At least half of Palestinian victims were members of Hamas; others were killed by Hamas. “But this is not what you get from the mainstream media,” Tobin noted. “You don’t hear that Hamas’s goal is to wipe Israel off the map; you hear that Israel is an oppressive, apartheid state. These messages have become routine. ”

“Reporters and editors are deeply ignorant,” he continued. “They don’t speak Hebrew or Arabic. The Middle East is not their specialty. How can you cover a conflict if you don’t speak the language? Where is the coverage of the 100-year war against the presence of Jews in the Middle East? It’s beyond ancient history to them.” Tobin pointed out that reporters and their editors know nothing of the events of 1948, when there could have been a two-state solution, but the Arabs rejected it. He reminded the audience that after the 1967 war, eight Arab heads of state attended a summit in Khartoum, Sudan. They formulated a resolution that called for continued war against Israel and adopted what has become known as “The Three Nos”: No peace with Israel. No recognition of Israel. No negotiating with Israel. Tobin also noted that Palestinians rejected offers of land and statehood in 1999, 2000, 2001 and 2008.

“But all of this is ancient news to journalists. They don’t know the history or they don’t think it’s relevant,” said Tobin. “The easiest route for journalists is to pick an underdog and pick a bully, then write the story that way. What happened in 1948 gets minimal coverage. At the time many were sympathetic to Israel; dead Jews are always popular.” In May 1967, the world anticipated a second Holocaust. “There was sympathy because everyone thought Israel would lose what became the Six-Day War,” said Tobin. “When they didn’t, the press turned the Palestinians into the underdog; this is the easiest way to tell the story.”

The 1982 Lebanon War and the first intifada, which began in 1987, enhanced the press’s slide into anti-Israel propaganda. “When the intifada, a Palestinian reign of terror, ended, Palestinians were further transformed by the press into the biblical David, and the Jews Goliath.” Tobin calls the press’s focus on the Palestinian narrative “moral tourism.” Massacres in other countries, such as Syria, Iraq, Nigeria and Iran, evoked little interest. Tobin added, “The focus is on the one Jewish nation in the world. One Jewish state is too many. Those who say they care about the Palestinians don’t. The Palestinian people are brutalized by their government and it’s not reported.”

Over the years it has become routine for journalists to allow themselves to be manipulated by and dependent on fixers, translators, guides and go-betweens. “Journalists are mere tourists,” said Tobin. “The people who lead them around work for Fatah and Hamas. “

Tobin pointed out that the battle to keep the press honest has gone on for decades. “When I say it’s worse, it isn’t mere laziness, it’s deliberate. The culture of journalism has changed. We understand biases, such as conservative and liberal, which are as old as the press. It’s different now, especially with the internet and social media. Now anybody can publish, have a blog. A lot of reporters pretend to be objective, then go on Twitter and Facebook and become opinion columnists. Then we see through their ‘objectivity.’”

Tobin acknowledged that in general people no longer agree to disagree. “Political parties are at war with each other. We watch different narratives from those watched by people we don’t agree with. We live in cocoons. We unfriend or delete those we disagree with. And the media follows along.”

Academics, along with the press, link the third world with the struggle for civil rights in the U.S., Tobin pointed out. This has had a major impact on Middle East coverage. “Jews and Israel are now seen as beneficiaries of white privilege. Journalists believe that journalism should be biased: Israel is the oppressor, Arabs are the victims.”

Tobin added that it’s not enough to catch journalistic errors, a goal “that would only be meaningful if journalists cared about errors. Publishers publish what will appeal to their audience, what will sell papers. Even though groups like CAMERA and Stand With Us often catch mistakes and outright lies, the corrections never have the impact of the original mistake.” He encouraged the audience to seek out alternatives to those sources that are anti-Zionist, “which is the same as antisemitic.”

Print publications are in decline, said Tobin. “The web dominates. Much of journalism is now advocacy, on the left and the right. They are activists, not journalists. It’s a sea change. We have to promote outlets which are telling the truth.”

Tobin ended his talk acknowledging that it’s easy for Israel supporters to succumb to gloom and doom. “On the whole, the west is not antisemitic,” he concluded. “They know the truth about Israel. We have allies. We need to go forth confidently. The truth is never a losing fight. Our cause is just. Giving up is not an option. With the help of God, we can fight this fight. Lies always fail when they are uncovered.”