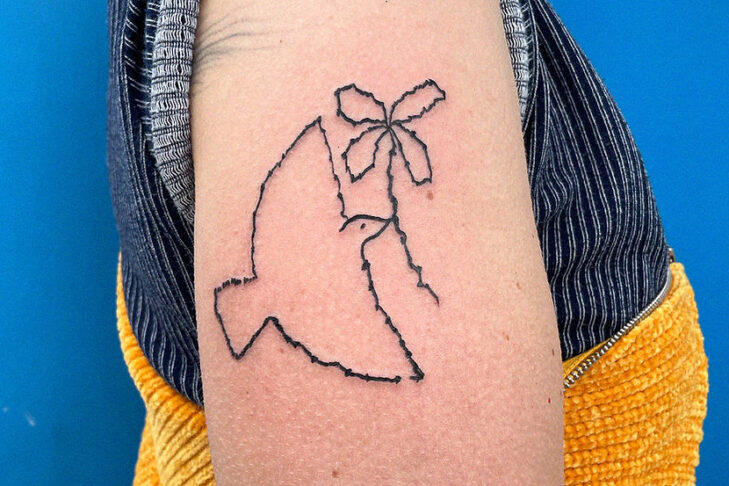 The initial setup was straightforward. Recruit 20 artists—10 from Boston and 10 from Tel Aviv—and ask them to respond to one another’s work. What becomes complex and thrilling is the chain reaction the art collectively sets off. The project is the brainchild of the Tel Aviv-based art platform Rollo International, founded by Anna Burd and other self-described “cultural enthusiasts.” And what became The Rollo Boston-Tel Aviv project is the result of a collaboration between the Consulate General of Israel to New England and CJP.

The artistic undertaking is promoted as “an international art project creating global connections and inspirations between artists.” The result is “The Rolling Art Project,” a digital exhibition that brings together these artists across continents in two groups. Their task was to create a piece of art in response to two title words: “Belonging” or “Longing.” The challenge, however, was to create that piece of art within 24 hours.

Ambassador Meron Reuben, consul general of Israel to New England, noted the undertaking was initiated as part of the consulate’s commitment to address “rising hate crimes and antisemitism.” He also saw the art project as an ideal way to promote dialogue through arts and culture, and to bridge differences among people of different backgrounds. 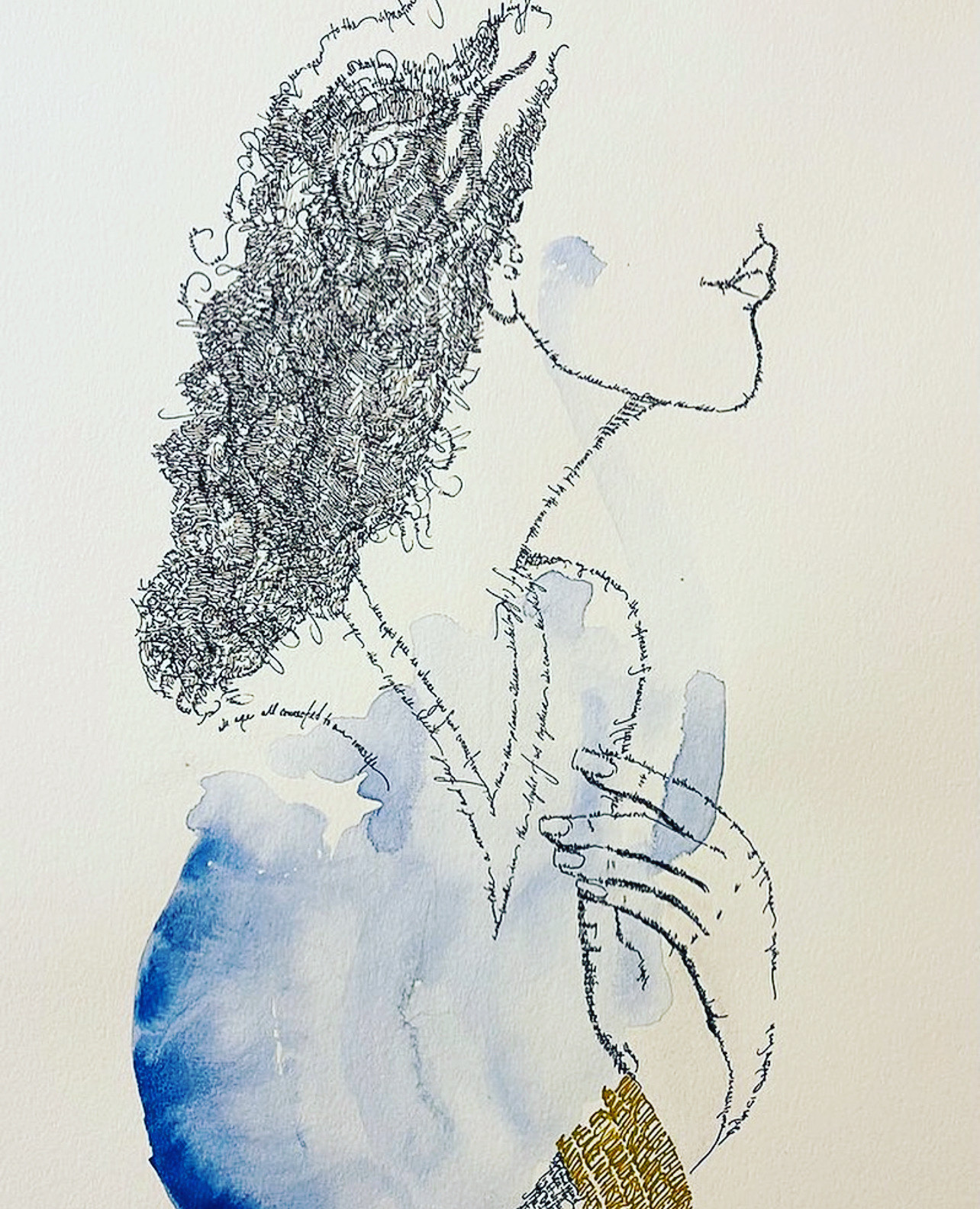 Meclina Gomes, a micrography artist in Boston, curated both Boston chains. She also initiated the Rolling Art Project’s novel artistic process by creating art responding to the word “Belonging”; a second group of artists responded to the word “Longing.” As the first artist in the “Belonging” chain, only Gomes knew the word throughout the endeavor. Her challenge was to incorporate her micrographic art, which uses words and calligraphy to create imagery, without revealing the word. Words written out in small strokes subtly outline a drawing of a woman with text embedded in her hair and bracelets. Gomes completed her drawing within the requisite 24 hours and sent her work anonymously to the next artist in the chain.

“We inspired and encouraged artists to work in a 24-hour pressure cooker to pour out their art,” Gomes told JewishBoston. “What happens to a creative person when they have that pressure cooker is that it encourages them to be very present, hyper-observant and have intentionality in that work.”

When Gomes finished her piece, she emailed it without any identifying information to an artist in Tel Aviv. That artist responded to her drawing within 24 hours and then anonymously sent it to the next person in the chain. “I put aside my ego to honor the word ‘Belonging.’ And I had to create an atmosphere that would springboard what the responses might be,” Gomes said. “I also took a moment to acknowledge the process of the work. It was a great exercise as an artist.” 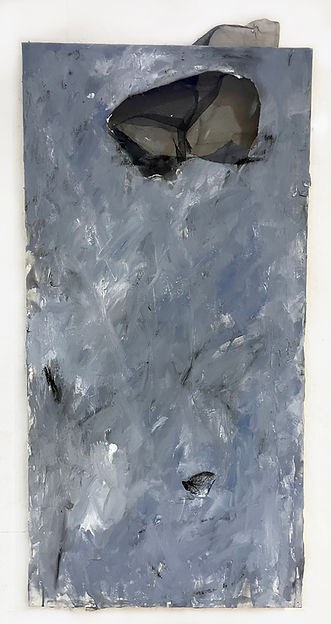 “Breaking Through” by Caron Tabb from the “Longing” chain (Courtesy image)

The project began in Israel during COVID-19 as artists looked for new ways to communicate with one another during the pandemic. It then pivoted to digital to showcase a dazzling array of artists and mediums. The group’s composition included frequently underrepresented artists, such as Israeli Arabs, people of color and women.

To that end, the definition of what constitutes art is notably broad. Contributing artists include a tattooist and a baker, which Gomes said “makes for a nice flow. We wanted to position them [and all the artists] in places where the art presented a significant variety of mediums. The positions on the chain are intentional. It’s like composing music. The aim was for the responses to the work to also initiate a unique movement.”

Christine O’Donnell, owner/manager of Beacon Gallery in Boston, has been helping to market the project. (She also represents Gomes and Newton-based mixed-media artist and CJP grantee Caron Tabb, who is also participating in “The Rolling Art Project.”) O’Donnell said the project intrigues her for “the beautiful way it relates creatively and culturally to each other. It’s so inspiring and reflects what I do in my gallery.” 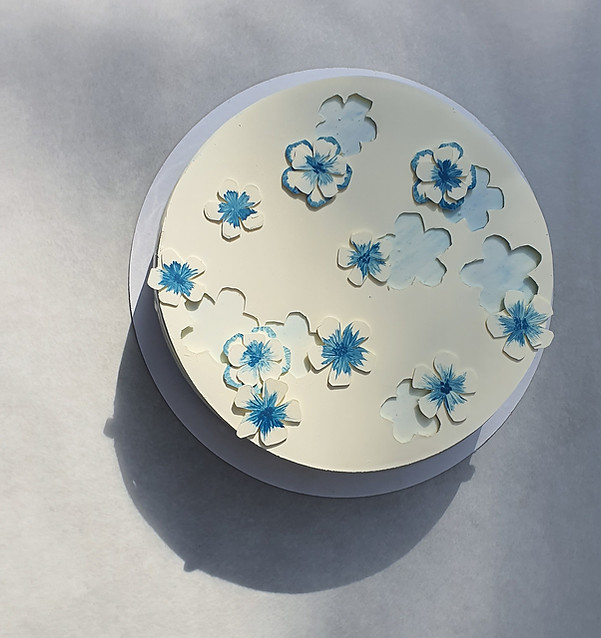 When it’s safe to do so, there will be in-person gatherings with the artists and an in-person exhibition. Some of the participating artists recently met over Zoom with Gomes and Burd to discuss the creative process they accessed during the project. What began as a virtual, informal experiment to create an artist’s salon online has resulted in international collaborations that transcend cultures and borders. Boston is the fourth city behind London, Istanbul and Moscow to participate in “The Rolling Art Project.”

“We are proud to support the Rollo TLV-BOS collaboration,” noted Reuben. “The exchange around the themes of ‘Belonging’ and ‘Longing’ fosters a deeper dialogue about inclusion, culture and identity between artists from these global cities.”