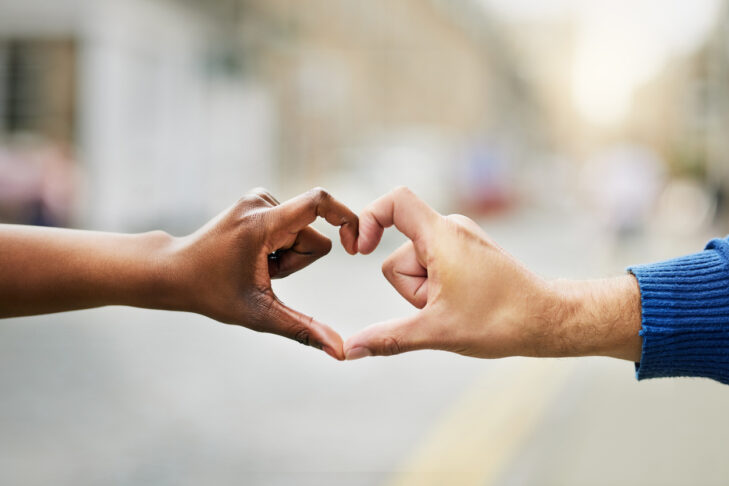 This year we have emerged from the bright flare of the final evening of Chanukah into the extreme darkness of this particular winter. Yes, the nights have slowly begun to shorten, giving way to slightly longer days, but our country’s political polarization and struggle with COVID-19 threatens to overwhelm the hope we might place in next month’s inauguration and the vaccines that promise to stem the tide of the pandemic. Even though there is reason for hope, there is a sense that the toxicity of the past year may persist for some time, given that political and even epidemiological reconciliation seems so impossibly distant. As we head toward the new year, I toggle between a longing for unity and recognition that anger and even violence is ascendent.

In the latter portions of Genesis, the world is similarly afflicted, in this case not by a plague but by famine, which—to focus only on Jacob and his children—brings hunger and food insecurity and marks the beginning of a multiple-century exile in Egypt. It also leads to a long-delayed reckoning of a family trauma that seems intractable. The first word of Parashat Vayigash represents a turning point in this reckoning, a moment when Judah approaches his brother Joseph (still unrecognizable) and fully embraces the difficulty of reckoning with the past and of envisioning the future. By looking at three distinct readings of this initial moment, I hope to sketch out a way of understanding our own current, seemingly untenable, moment.

Reading for the contextual meaning, many commentators have pointed out that Judah demonstrates in his remarkable 17-verse speech that he now understands the pain that he and his brothers inflicted on their family through their treatment of Joseph. He acknowledges without rancor that Jacob considers Rachel (Joseph and Benjamin’s mother) to be his true wife. Joseph cannot restrain himself in the face of Judah’s growth and compassion and thus reveals himself, leading to sibling reconciliation.

Bereshit Rabbah (Chapter 93), however, paints a much more complex picture of this scene, casting it not as a monologue but as an often-violent dialogue between Judah and Joseph, with cameo appearances from some of the other brothers. The confrontation plays out largely as a continuation of the exchange in the last verses of Parashat Miketz, where Joseph threatens to send the brothers home without Benjamin. Given the fact that the two brothers are already face-to-face, the midrash debates how we should understand the word “Vayigash,” literally, “He approached.” There are three suggestions: R. Yehudah says he approached to make war, R. Nehemia says he approached to persuade and the rabbis say he approached to make supplication. Finally, R. Elazar says that Judah was prepared for all three, depending on Joseph’s response.

Although the midrash does present moments of persuasion and supplication, the dominant mode is anger, outlandish preparations for war and exaggerated demonstrations of physical strength and destructive power on both sides. Judah’s anger is such that he pulverizes iron balls into dust in his mouth and sprouts a kind of tusk out of his chest, shouting so loudly that the Egyptian guards’ teeth drop out of their mouths. At another point, Joseph, feeling threatened, signals to his son Ephraim, unknown to the brothers, who stamps his foot so powerfully that Judah is intimidated. At a climactic moment, Judah calls on his nine brothers to destroy Egypt—an act of war, they warn him, that would result in the destruction of the entire world. It is only this threat of ultimate destruction that persuades Joseph to reveal himself.

There seems to be an element of fantasy here, not simply in the phantasmagorical imagery, but in the notion that escalating violence and threats of war might suddenly result in one disputant unilaterally effecting a reconciliation. Indeed, one strain of the midrash seems to recognize this difficulty—when the brothers finally recognize Joseph, we are told, their souls leave their bodies. Threats of catastrophic violence can lead to catastrophe, even when the violence is forestalled.

A third, Hasidic reading, from S’fat Emet, draws on another part of the midrash to suggest a different, more peaceful and explicitly mystical resolution to this impasse.The midrash cites a verse from the Book of Job that reads, “One touches one (Echad b’echad yigash) and even air cannot come between them,” suggesting that the dispute is between the progenitors of the two kingdoms of Judah and Israel. S’fat Emet, however, suggests that the verse from Job refers to the unity of the two aspects of God, truth and faith, which Joseph and Judah represent. The climax of the scene is not the end, but the beginning, when Judah first approaches Joseph and says to him, “bi adonai” (“please, my lord”). Rabbi Arthur Green translates:

This is the meaning of “Bi [lit. ‘please’ but read here as ‘within me’], my lord” [Gen. 44:18]. Rabbi Isaac Luria noted that the letters of Judah’s name contain “YHWH within me.” By means of faith that God oversees all, a person can set himself right even in times of hiding.

For S’fat Emet, it is Judah’s faith in the unity of all, his self-negation in the face of that unity, that causes Joseph to throw off his defenses (as embodied in the servants he banishes from the chamber to remain alone with his brothers), to reveal himself, and thus to effect reconciliation, not only between the brothers, but in the universe as a whole.

To descend from this lofty place of mystical unity to our current reality, which feels very much like a “time of hiding” (i.e. a time of darkness and existential threat), I want to suggest that the turn of the secular year seems to be offering us a stark choice between division and unity. That stark choice seems to present extremes of anger and even violence on one hand and potentially risky, even foolhardy attempts at reconciliation on the other. Amid what appears to be an impossible choice at a global level, I want to echo S’fat Emet’s emphasis on the individual: that each person has the capacity to open themselves to the ultimate unity, to be vulnerable before that unity and perhaps to inspire similar vulnerability in others.

Rabbi Jim Morgan is a graduate of the Rabbinical School of Hebrew College and serves as community rabbi and chaplain for Hebrew SeniorLife in Brookline and Roslindale.