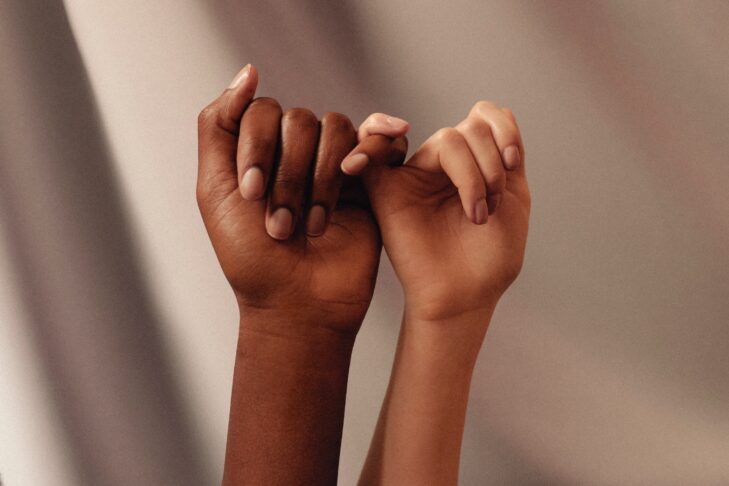 The first time I made a vow, I surprised myself. I was angry that my hometown baseball team moved to a new stadium in a different neighborhood and I declared—with great indignation—that I would never set foot in the new stadium! Less than a year later, I went to the stadium.

Was this the first time I made a vow? Probably not. I must have made similar declarations before, usually from a place of frustration or a feeling of righteousness. And I likely broke many of those commitments, too.

Parshat Mattot (Numbers 30:2–36:13) opens with a seemingly simple instruction: If you make a vow, keep it.

“If a man makes a vow to the LORD or takes an oath imposing an obligation on himself, he shall not break his pledge; he must carry out all that has crossed his lips” (Numbers 30:3).

The Torah tells us to keep our vows. But the Talmud seems to disagree. In fact, instead of teaching how to make and keep vows, Massekhet Nedarim, the book of Talmud devoted entirely to the subject of vows, is primarily filled with speculations of various ways to “get out” of a vow. The rabbis explore how each vow might be nullified or rejected. They wonder, where are the loopholes? What new circumstance might make a vow obsolete? What might the vow-taker have not known which would have prevented them from taking this vow?

This preoccupation with annulling of vows is rooted in a rabbinic belief that vows are inherently problematic. In Nedarim 77b, the severity of vows is made explicit: “He who vows, even though he fulfills it, is designated a sinner.” Nedarim 22a takes this idea one step further, claiming that fulfilling a vow is actually an even worse offense: “R. Natan said: ‘One who vows is like one who builds an unauthorized altar, and one who fulfills a vow is like one who sacrifices on it…’”

This is a powerful and somewhat perplexing image. Why is taking a vow sinful? Once you have taken a vow, wouldn’t it be better to fulfill it rather than trying to avoid responsibility for it? Why do people make vows in the first place?

The primary reason given in the Talmud for the taking of a vow is as an expression of anger. The tractate is filled with stories of vows made in anger. In each story, an individual vows not to interact with another person or thing in the usual way. In many cases, a person vows to stop benefiting in any way from someone they know. The primary goal—and certainly the result—of these vows is the disruption of the relationship. Upon taking the vow, these two individuals can no longer eat together. They cannot work together. They are forbidden from sharing. Their ability to live together in community is essentially destroyed.

In these stories, vows are tools used to create a divide. In many, if not most, of the Talmudic episodes, the vow is made in haste, and is usually regretted later on. In instances where there is no regret, the rabbis find creative ways to induce feelings of regret in order to release the vow-taker from the commitment.

These vows are dangerous because they drive people apart. They create unnecessary barriers, which prevent the community from functioning smoothly. People are meant to interact fully with God’s world. In fulfilling vows like these, we are cutting ourselves off from God’s world and from the other people with whom we share it.

Today, even those of us not worried about official nedarim or halachic vows have our own versions of anger-induced interpersonal divides. We have friends, colleagues and family members with whom we don’t communicate. We have places we “refuse to set foot” and people we “refuse to call.” Instead of keeping these vows, we should make our best effort to bridge these gaps, to repair broken relationships.

Repeatedly, the Talmud reminds us that vows are to be taken seriously. Once a person has taken a public stand, it cannot be retracted without a process. When we choose to build a wedge between us and the surrounding world, that wedge is still going to be there in the future unless we actively remove it—in most cases, we can remove it. Vows are serious and powerful, but they are not inescapable. We are encouraged, almost required, to do what we can to be released from the vow, or to find a way to circumvent it and restore the severed connection.

The Talmudic understanding of vows can help us understand one of our holiest—and most confusing—prayers: Kol Nidrei. When we hear the words of Kol Nidrei as referring to these vows—the vows that divide us—we understand its placement at the start of Yom Kippur. Publicly annulling our vows is not an unwillingness to live up to our word; rather, it is a call to let our feuds and grudges fall away. Freedom from vows—the serious and the frivolous—offers an opportunity to lower our walls and interact openly with our community and environment, as God originally intended.

Rabbi Avi Killip is Hadar’s VP of strategy and programs. A graduate of the Hebrew College Rabbinical School, Avi also holds bachelor’s and master’s degrees from Brandeis University. She was a Wexner Graduate Fellow and a Schusterman Fellow. Avi teaches as part of Hadar’s faculty and is host of the Responsa Radio podcast. Avi lives in Riverdale, N.Y., with her husband and three young children.