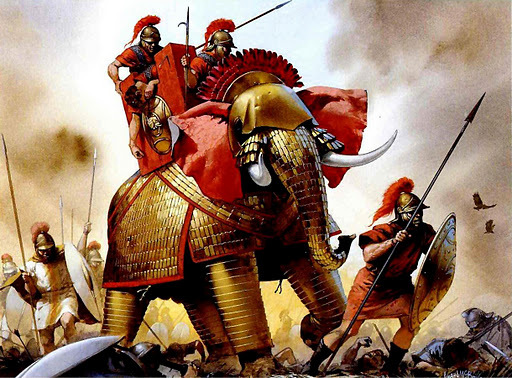 It’s that time of year again! Time for my favorite Chanukah tradition: ruining childhood (and Rabbinic) myths as we light the candles and energetically spin driedels until the wee hours of the morning… or until the kids go to bed.

Feel-good Judaism has very little to say about the primitive agrarian roots of our harvest festivals, or the bloody postscript to Queen Esther’s heroism, or the zealotry of the Maccabees and Hasmoneans, and that’s totally OK. But it does have a lot to say about shaking the lulav in four directions “because is God is all around,” about Esther’s beauty, and about an invented “miracle of oil.”

I understand the reasons, but at a certain point we need to call a spade a spade, or surface the more interesting stories from the tradition.

If you’re late to the game, don’t worry. It’s not too late to wrap your head around some of the fascinating factual pieces of the Chanukah story.

1) The rededication of the Temple and the fall of Jerusalem in 164 BCE to the Maccabees wasn’t a total victory- the Seleucids maintained a permanent garrison across from Mount Zion in the aftermath of the chanukat habayit.

2) Judah Maccabee’s younger brother, Elazar, was killed by a rampaging war elephant during the battle of Bet Zachariah in 162 BCE, two years AFTER the Maccabean victory.

3) The Chanukah story extends to four years past the Temple story when Judah’s younger brother, Jonathan, negotiated a permanent agreement with the Seleucids after Judah’s death at the Battle of Elasa in 160 BCE.

There’s nothing wrong with cherishing our childhood myths while at the same time assimilating a more historical understanding of the holidays that serve as the framework for our Jewish observance. I’d encourage you all to read up on some of the colorful history that is the Chanukah story.

For more information ,you can check out I and II Book of Maccabees (Apocryhpal literature but still fascinating), or read the complete works of Josephus.