Close
Never miss a great event again!
Get the best Jewish events delivered to your inbox every Thursday with JewishBoston This Week.
By signing up, you agree to our Terms of Use and Privacy Policy.
Tisha B’Av Resources
View all 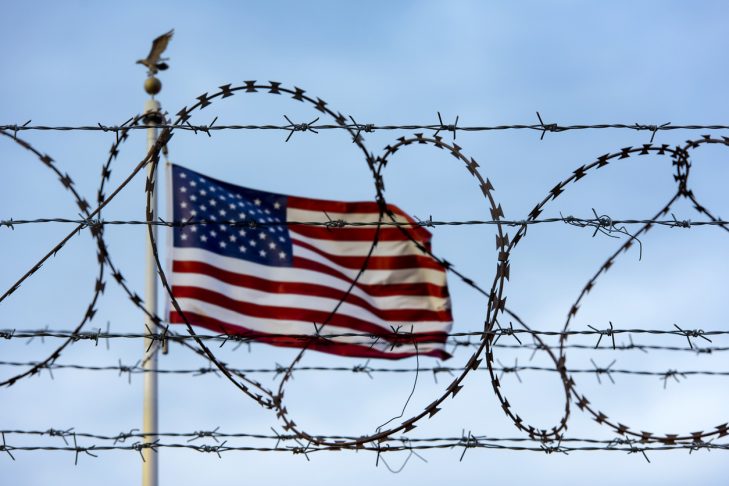 “There’s an active mass shooting, we are fine.” My friend Jordyn and her spouse, Justin, live in El Paso. This text began a series of images from El Paso. Jordyn and Justin are photojournalists, and so our text thread is often filled with images of detention camps on our border, of artwork made by children in Tornillo, of families waiting in Ciudad Juarez, of clergy demonstrating and so on. These images are not unlike the photos of children grappling with the sudden absence of parents after ICE raids at food processing plants in Mississippi. These images are not unlike those of climate refugees seeking shelter and sustenance. The feeling in my heart and body is not unlike the feeling I have when I remember that people are marching in the streets yelling, “Jews will not replace us,” or when I see images of swastikas in dorm rooms.

Day after day the current events of the world call us to respond. What does it mean to be human? What is our connection to other people? What can we do?

As we approached this past weekend’s observance of Tisha B’Av, a holiday commemorating the destruction of the Temple, I wondered what it meant to remember one crash while in the midst of another. The language of crash, learned from my teacher R’ Benay Lappe, describes a moment in which one’s deeply held belief or understanding of how the world works is called into question. As a result of the destruction of the Temple, Judaism as it had been known ceased to exist. Amidst the fear and instability, rabbinic Judaism, the seeds of which already existed, emerged. The crash of today may be different for each of us—climate change, white supremacy, racism, government policy—but it is happening to all of us.

Tisha B’Av provides one model for responding to crash: a connection to ancestors and lament. This past Sunday was one of public mourning both in our communities and in the streets.

In Parshat Vaetchanan, we find Moses in the midst of his own crash, confronted by the reality that he will not enter the land. Yes, God had told Moses that he would not enter the Holy Land, and yet wouldn’t any of us wonder if God might relent and forgive? How could it feel real until he stood, feet planted on the edge of the Jordan River, the weight of this truth—that he would never cross—settling onto his shoulders and into his heart? Moses standing on this border, at the edge of a river, evokes images of those standing on our border right now, gazing across the Rio Grande to a different kind of promised land. The Israelites standing at his feet, listening to his words of wisdom, prophecy and counsel, calls to mind all of us witnessing the inhumanity on our national borders and borders all over the world, listening for the prophecy and the anguish in the words of those assembled.

In this moment of crash, Moses responds (Deut 3:23): “And I pleaded (vaetchanan) with God….” Rashi understands “vaetchanan” to be prayer that refers to a gift of free will and notes that pleading is one of the 10 names of prayer. Moses’ response to crash is to pray; only then can he continue.

What Moses and Tisha B’Av lift up in responding to a crash moment is the role of emotion and spiritual wellbeing. Part of responding to a crash, to moments of intensity and tragedy, is noting your own emotional response and doing the work to care for it. This step is crucial in allowing us to show up in the greater world with the grounding and conviction and compassion that is deeply necessary.

Prayer can be a powerful modality in attending to our emotions. Midrash Tanchuma (Vaetchanan 1) expands the list of names for prayer that Rashi refers to. Though just a series of Hebrew words that the rabbis understand to mean “prayer,” this list also hints at different modalities. Prayer can be verbal expression—a more general use of words seeking intercession, seeking divine favor, crying out, expressing anguish. Prayer can also be action—meditation, falling, standing.

When faced with a crash, you might respond as Moses does in this moment, pleading with God. You might be more like Jacob who, on his journey from Beer Sheva to Haran, “vayifga b’makom,” encountered a place. The Rabbis understand this to mean that he encountered HaMakom, God. One midrash teaches that it was as if the ground came up to meet him, forming a wall that Jacob walked into. Perhaps you feel as though the world is physically causing you to stop and confront it. At least two other responses speak to our emotional lives but may not be coded as prayer by our tradition: tears and silence. Both of these have their own sources in our tradition, just like the names of prayer. In Talmud Berakhot 32b, we learn that although the gates of prayer were locked after the destruction of the Temple, the gates of tears are always open. After the death of his sons, the Torah teaches that Aaron was silent.

The call to attend to our own emotions in a moment of crash is not distinct from calls to action. Those who mourned in the streets on Tisha B’Av used the tools of our tradition to speak their fear and grief aloud in an act of resistance. Cultivating a prayer practice can prepare us to act, creating wells of patience and compassion often necessary in the streets. Expressing and confronting our fear together names it, gives us power over it and connects us so that we can act from a place of intention rather than trauma.

“Comfort, comfort, my people, says your God (Isaiah 40:1).” These are the opening lines to this week’s haftarah, the first in a series of seven haftarot of consolation that follow Tisha B’Av and bring us through Elul to Rosh Hashanah. May this year’s journey include the reflection and introspection necessary to move from destruction to potential, crash to resistance. 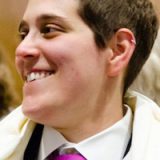 Rabbi Becky Silverstein
Rabbi Becky Silverstein believes in the power of community, Torah and silliness in transforming the world. He strives to build a Jewish community and world that encourages and allows everyone to express their full selves. Becky currently serves as the rabbi-in-residence for Keshet LGBTQ+ Ally Teen Shabbatonim and program manager/co-teacher at the Boston Teen Beit Midrash. Becky is the chair of the boards of The Jewish Studio Project and SVARA: A Traditionally Radical Yeshiva and sits on the board of Keshet. You can find him speaking and teaching Torah to the world we live in throughout the Greater Boston area. Becky grew up in New York, holds a B.S. in engineering from Smith College and rabbinic ordination from the Rabbinical School of Hebrew College. Becky is a lifelong New York Mets fan, has no problem rooting for the Red Sox (unless they are playing the Mets) and resides in Jamaica Plain with his spouse, Naomi.