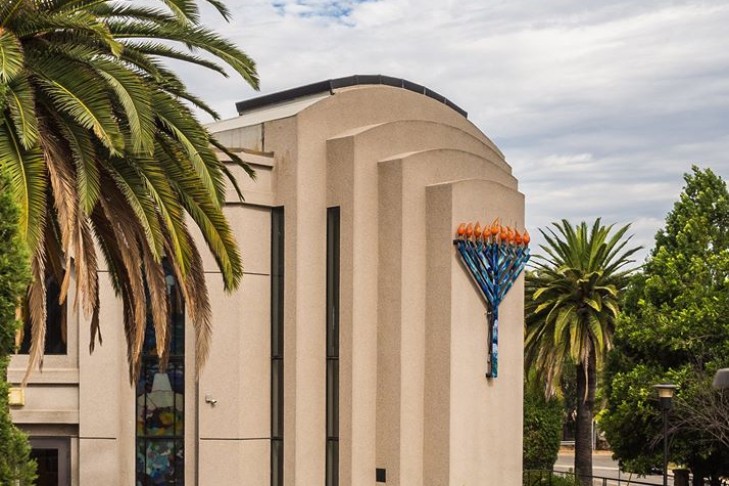 “I would rather die or spend the rest of my life in jail than know that I have done nothing to stop this evil,” reads a manifesto published online by the shooter targeting Jews at a synagogue in California this week. As we approach Holocaust Remembrance Day in memory of 6 million Jews who perished under the Nazi regime, the bloody incident is a brutal reminder that hatred toward Jews remains deeply rooted and far from eradicated. And until we Jews will fulfill our function in the world—to be a conduit for the force of unity to spread—we can expect more such outbursts.

One might wonder why the Jewish people still experiences this scourge after such a long history of persecution. What propels the evil minds of Jew-haters such as the 19-year-old who killed one Jewish worshiper and wounded three others in the attack? The wisdom of Kabbalah describes the phenomenon of anti-Semitism as a law of nature intended to compel Jews to unite.

The attacker was a nursing student and piano prodigy at age 4, from a normal family, “the guy next door,” the last person one would suspect to commit such an act. He wrote the following words: “To my family and friends. I can already hear your voices. ‘How could you throw your life away? You had everything! You had a loving family. You had great friends. You had a church…I understand why you would ask this. But I pose a question to you now. What value does my life have compared to the entirety of the European race?” Logic demands to understand why existential threats to Jews come from every kind of background and so randomly.

According to “The Book of Zohar,” the seminal book of the wisdom of Kabbalah—a book that deals with the internal aspects of the Torah and its secrets, a book that explains the conduct of the world in all its layers—the answer is as follows: “Israel is the heart of the whole world, and just as the organs of the body cannot exist in the world, not even one moment without the heart, so all the nations cannot exist in the world without Israel.”

As the heart functions to provide a life-giving flow of blood to the body’s organs, Israel’s function is to provide an indispensable spirit of life—a force of connection and spiritual abundance—to humanity. In other words: Jews are to be “a light unto the nations.”

As long as we Jews maintain unity between us—the same harmony that exists in all its parts of the still, vegetative and living nature—we are then assured of balance, calm and tranquility. But once we abandon our beneficial interconnection, and each becomes entrenched in his own little world, sinking into his egotistical mud, the system’s internal equilibrium destabilizes. Repercussions then appear in the world in a negative form, as outbursts of hatred against Jews.

Thus, the sooner we Jews will wake up to the fact that the exponentially-increasing anti-Semitic acts are trying to tell us that we are lagging in our function toward the world, and that by doing so, we block the unifying force from reaching humanity, then the sooner we will be able to start looking into how we can fulfill our role, establish positive ties and experience a much more harmonious reality. It is my hope that we will realize this sooner rather than later, which will both spare ourselves and the world from suffering, as well as invite a whole new kind of fulfillment into our lives.