Close
Never miss a great event again!
Get the best Jewish events delivered to your inbox every Thursday with JewishBoston This Week.
By signing up, you agree to our Terms of Use and Privacy Policy.
Jewish Day School
View all 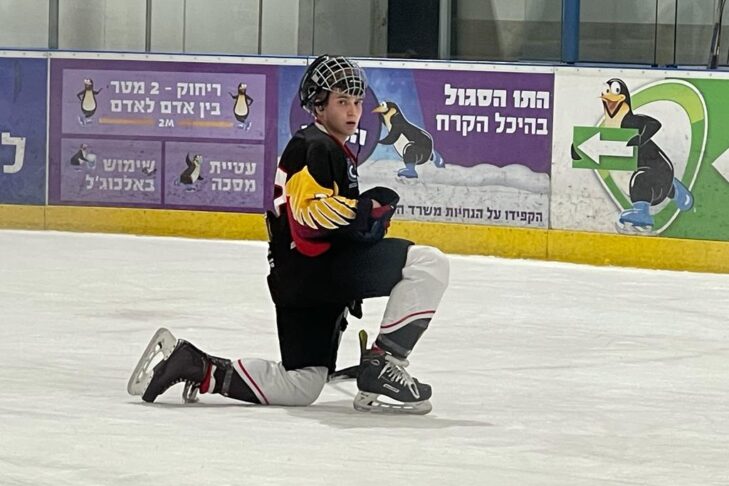 After high school, many kids are off to college. But for Maimonides School grad Sol Feder, life took a different turn: He’s enjoying a gap year in Israel with Yeshivat Torat Shraga, an immersive Torah experience for post-high-school students. That’s not all, though: He’s also playing professional-level hockey for the Petakh Tikvah Wings in the Israel National Hockey League, as well as on a more laid-back league with the Jerusalem Bears Hockey Club.

Feder began his hockey career as a toddler in Brookline, encouraged by his dad, Wayne, who also grew up playing hockey, and bolstered by a friend with a rink in his backyard. Even though he tried other sports, like baseball and soccer, hockey always came first when he was a kid.

“I’m very competitive. Especially when the game’s on the line, I love to be out there at the last second. I love the camaraderie,” he says.

But he points out that playing youth hockey as a Jew isn’t always easy, given game schedules. When playing Brookline Youth Hockey, a caring coach helped Feder by switching his schedule so he had minimal games on Friday nights and coordinated so he got ice time on Saturday nights and Sundays. Overall, the experience was positive, but he definitely stood out.

“I wasn’t afraid to wear my yarmulke and whatnot in a locker room. Some people have never seen one in their lives, and they’re like, ‘What is that on your head?’ And you explain it, and it’s an interesting feeling,” he says. “I’ve had a few of my teammates over for Shabbat dinners and stuff.”

He enrolled at Maimonides School as a kindergartner and continued to play for his town team, which always felt like a treat, not a chore.

“I get to go play hockey! It was never, ‘I can’t believe I have to go.’ I couldn’t wait to get out there,” he says. His parents’ support has helped: His mom usually drove him to practice at 6 a.m. and his dad was often an assistant coach.

In high school, though, he had to look for a school team: Maimonides didn’t have one. Then, he got a life-changing request.

“I remember it exactly: Dec. 21, a Monday, at 4:24, our athletic director sat me down: ‘There’s this high school called Beaver Country Day School. And they have a hockey team, but they don’t have enough guys. So they want to combine with Maimonides. Are you interested?’ I’d never said ‘yes’ to something so fast in my entire life,” he says, laughing.

His head coach, Matt Gallant, was so intrigued by Judaism that he switched the entire hockey schedule, helping him to play games later in the day so he wouldn’t miss school (Maimonides has a later class schedule). 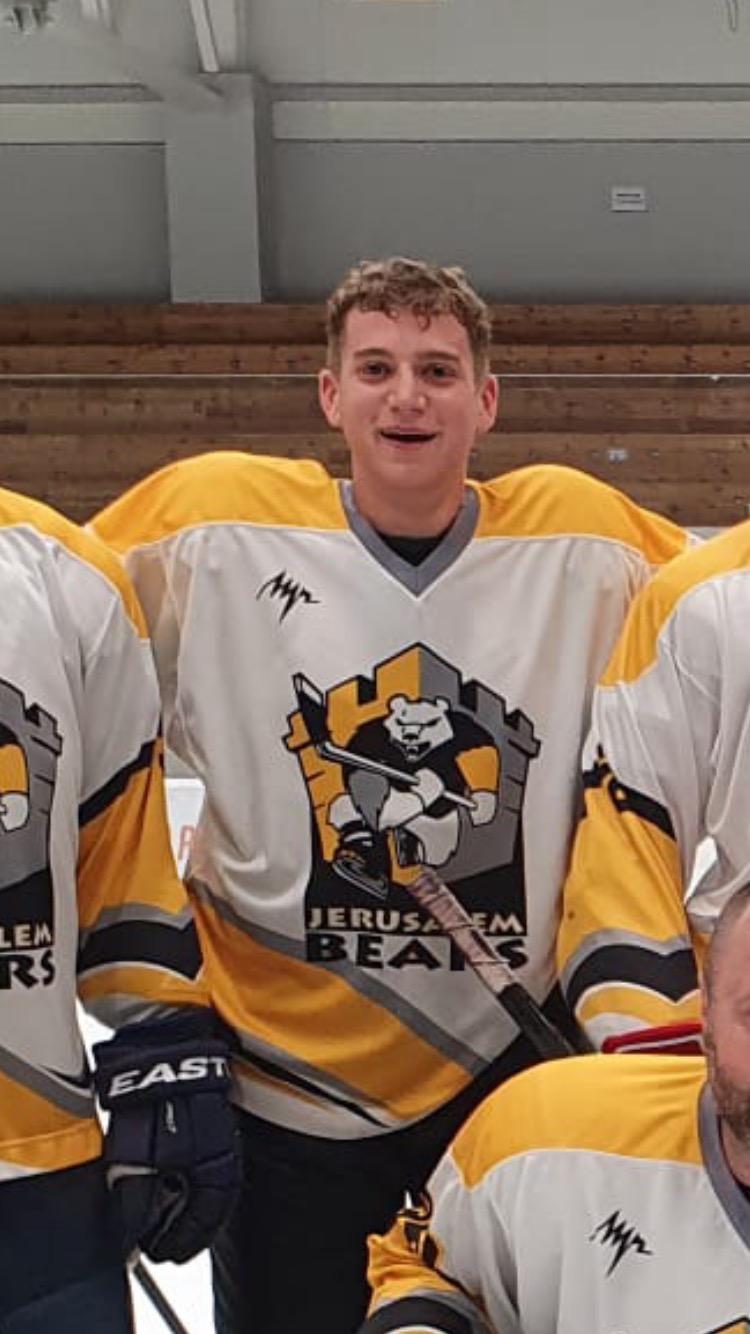 “We weren’t the best team; we were playing more JV level than varsity, but I was thankful for what I had,” he says.

He also speaks highly of Jewish day school: “Even if you don’t love Judaism, I think if you send your kids to Jewish day schools, you’re giving them a fishing line to at least try and see if they like it. If they don’t, they don’t. But from a technical standpoint, I loved having a 35-person class. I knew everyone; I knew all their names. During COVID, we were in-person the whole time,” he says.

This past year, he has played for two teams, including the Jerusalem Bears, a more laidback “old-man league,” he says with a laugh, with older athletes from Europe.

“Even when we weren’t winning a lot, it was just super funny and it would get competitive. We were on a bad losing streak, but then we had four wins, which was wow!” he says.

He also plays on the Wings, of course, which is more intense. He credits his work ethic for succeeding on the ice. “Everyone wants to be good. Everyone wants to want it. I think people would rather go do other things instead of going to the gym, or a run, or an optional practice. Everyone does the big stuff, but it’s the ones that come 10 minutes early onto the ice or stay 10 minutes late [who succeed],” he says.

“A big thing in Judaism is patience and trying to not fall into people’s traps. In Judaism, that’s someone enticing you to do something you shouldn’t do. I’m implementing it into my game. I’ve seen from the beginning of the year to now my penalty minutes have gotten down by a lot,” he says.

In Israel, hockey and Judaism mesh: He doesn’t play on Shabbat, and he may even relocate permanently after college at the University of Maryland. He is modern Orthodox and keeps kosher, and in Israel, he feels at home.

“You see Muslims, you see every type of Christian, every type of Jew and then you see tourists. There’s a place for everyone here, and I think that that’s very appreciated,” he says. “And it’s the Jewish people’s home. In America, as a Jew, you’re kind of a minority. I never had a problem with it being Shabbat—and that’s just in hockey. Going to a sports game in Boston, they have [kosher hot dogs] at Fenway Park, but [in Israel], you can go to a gas station and buy a [kosher] croissant! I could go on and on about tiny little things that, in America, you just never get. Even non-Jews here know, ‘I won’t see you on Rosh Hashanah. Have a great year!’ In America, I had to explain so many times why I couldn’t work on Saturdays.”

Ultimately, he hopes to pursue an Israeli hockey career and professionally train future athletes—because, for him, it doesn’t feel like work.

“Hockey is just always continuously moving. It never stops. Even when you’re on the bench, you’re so locked in that 60 minutes goes by in the blink of an eye. It’s special,” he says.