What do parenthood and yoga have in common? Besides the fact that both require you to bend in ways you never thought possible, there’s lots more. Cindy Kaplan’s new memoir, “Freefall: One Mother’s Journey Raising a Child With Special Needs,” explores both. The Newton mom of three returned to yoga while raising her daughter, Mira, now 20. Mira was born with cerebral palsy. Now Kaplan is a practitioner of yoga for kids with special needs; she’s also working on building a therapeutic living community for adults.

Mira is Kaplan’s second child. The pregnancy progressed normally until her water broke. She began to bleed; at the hospital, Mira’s heart rate began to drop. Kaplan was rushed into the operating room and asked to sign papers.

“It felt like a sitcom or a movie,” she recalls.

Mira was born naturally just before a cesarean section could get underway. The baby arrived, incredibly pale.

“She came out white as a ghost, but beautiful and a full head of hair; they put her on my chest and then they whisked her away, and we were in sort of no man’s land for several hours,” she remembers.

Mira had suffered a brain injury due to lack of oxygen. She spent four weeks in the NICU at Beth Israel, where doctors first raised the possibility of cerebral palsy.

“I was flooded with these images of a child in a wheelchair, head tilted to the side, tongue hanging out of their mouth—alone with no community,” she says.

In those early weeks, she had to reconcile her anxiety over this unexpected detour with the strong connection she felt to her daughter. She channeled her energies into becoming a “fierce advocate for any child with a brain injury. I was going to be the superhero mom to bring my daughter up to a place where no one would ever believe she could be,” Kaplan says. 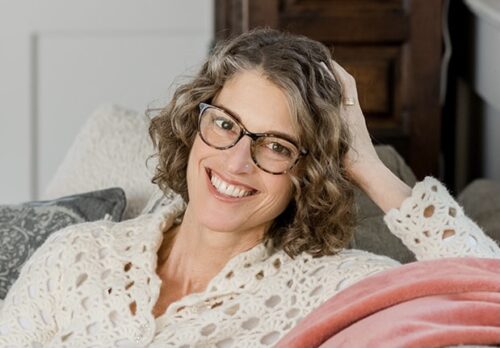 As time went on, Kaplan struggled with the duality of the situation. On the one hand, Mira had significant needs and required many therapies. She is wheelchair-bound and nonverbal, and she requires assistance for basic tasks of daily living. This wouldn’t be the parenthood journey Kaplan had envisioned. On the other hand, Kaplan says, “She was this beautiful soul, incredibly social and incredibly engaged.”

It helped that Kaplan was already a family therapist, although her full-time job became Mira’s care. The book chronicles those early years up through Mira’s bat mitzvah, which she completed on her own terms, in her own way, with the support of Gateways: Access to Jewish Education.

As for the book title?

“I like to describe the book as feeling like, at the beginning, I was pushed off this cliff. I desperately tried to grab hold of any branch as I was in this free fall, and I found plenty of branches to hold. As I held strong to each branch, eventually each branch would break, and I would tumble down to the next branch, eventually landing,” she says. “But in this process of the free fall, what started out as fear, and the attempt to control, and grabbing for any possible answer, eventually [turned into] comfort. I was landing in a place both of curiosity but also comfort within myself. The book is about me beginning to reach out externally to try to ‘fix’ my daughter to bring her to her greatest potential, all from the greatest intention, until I realized that there was nothing to fix about her in the first place.”

Kaplan also realized that she didn’t need to fix anything about herself as a parent, either. Acceptance led her back to yoga. She likens her initial parenting approach as a fixer and solver as being in “warrior pose.” She longed to give Mira the best of everything. If she didn’t?

“I wasn’t a good enough mother,” she says, recalling the mom-and-baby classes she attended where the family was treated as “broken.”

But, at one such class, a teacher suggested yoga. The book chronicles Kaplan’s journey as a yoga practitioner for disabled children and the importance of yogic concepts such as stillness and acceptance when raising a child with special needs. 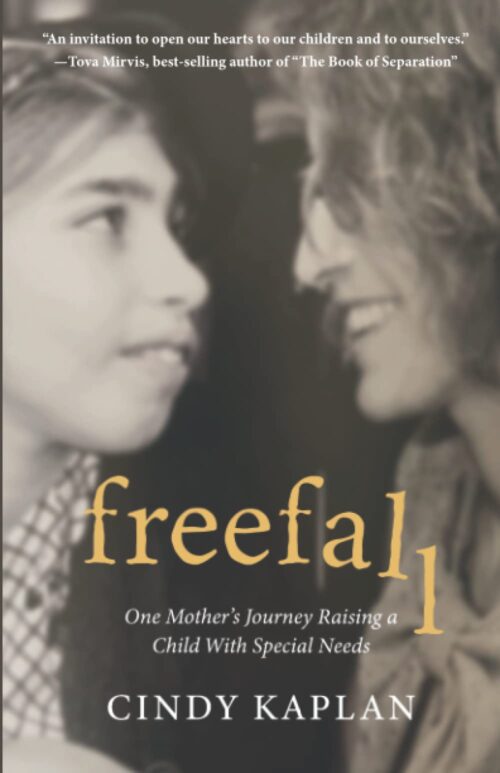 Judaism also plays a strong part in her story, especially as Kaplan struggled to find an appropriate synagogue for Mira. Happily, her son Noah enrolled at JCDS, Boston’s Jewish Community Day School, which became a home base for the family.

“We never became members of any synagogue. It was really clear to me that Mira wasn’t going to fit into any synagogue program,” she says. The family readjusted their expectations; Mira, who loved music, began going to Gateways, which provided another Jewish outlet. They ultimately did join a synagogue, Temple Beth Zion in Brookline, which was welcoming. But it was a struggle, too; sometimes Mira could only stay for 10 minutes. Just the same, the congregation supported the family, with Gateways, in their “first special needs bat mitzvah,” Kaplan says. “It was incredible. She didn’t read from the Torah, but she led us in prayer, and we did it on her iPad. She was in heaven leading the congregation.”

In fact, other parents approached them after the service to thank Mira for showing that not all bat mitzvahs are alike.

“None of our children are cookie cutters. Why are we trying to put them in a cookie-cutter mold?” she asks.

Today, Mira is about to graduate from Lexington’s Cotting School. However, there’s no clearly defined path for adults with disabilities once school ends. As such, Kaplan is working on creating a metro Boston version of Great Barrington therapeutic living community High Spirit Community Farm, called High Spirit East.

“It is a major undertaking; it’s a major black hole in this country. And we need to create it because it doesn’t exist,” she says.

It’s a work in progress. In the meantime, though, buy the book.

“Really, I want readers to understand how in our culture, we idealize the typical. And when we look at who our children are, exactly as they are, it allows us to see all the places where we are broken and recognize that we, too, have a completely intact soul, and therefore are able to heal ourselves through the light that these kids shine.”

Learn more about Cindy Kaplan and her conscious parenting coaching.