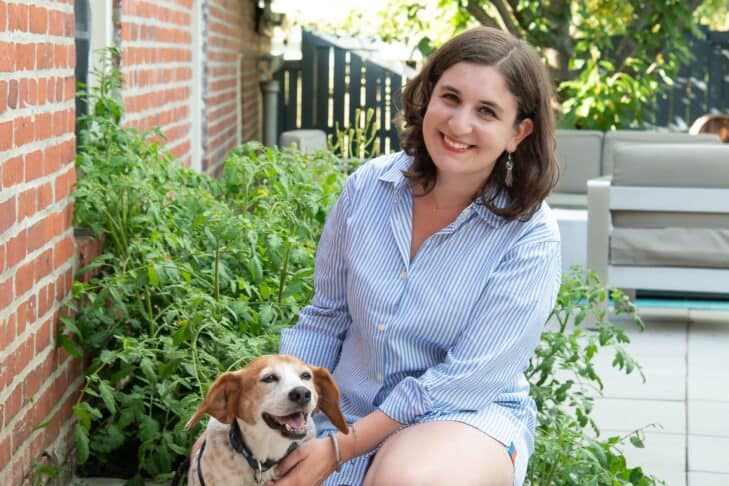 When journalist and author Emily Tamkin was working on a book about George Soros, she was struck by one line of argument among Soros’ many critics. They claimed they were not antisemitic because the Holocaust survivor and billionaire philanthropist was not really Jewish. Or—to these conspiracy-minded critics—if Soros was Jewish, then he was a bad Jew because of his globalism.

This got Tamkin thinking about the term “bad Jew.” Why do people use it, and for what reasons? How does antisemitism shape the discussion? And what does it mean for individuals to worry that they, themselves, are actually a bad Jew? These questions and more are addressed in Tamkin’s thoughtful new book, “Bad Jews: A History of American Jewish Politics and Identities.”

“It’s a label we throw at one another,” Tamkin said. “Also, many of us internalize, throw it at ourselves.” Initially, she wondered how well situated she was to write the book, citing “the idea that I, myself, was not ‘doing Jewish’ right, was somewhat a bad Jew.”

“I forgave myself for that,” she said. “I’m able to engage in Jewishness more, I think, more profoundly. I’ve joined a synagogue in the process, started Yiddish classes in the process. Not to say you need to do that to be Jewish, but for me it’s proven to be very meaningful.” 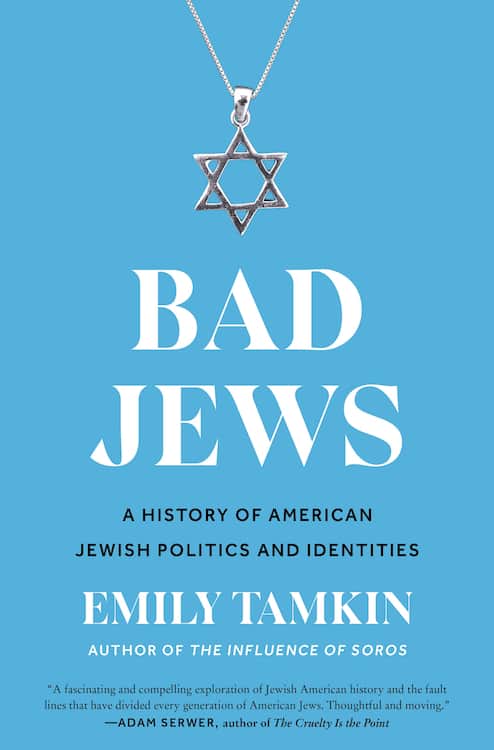 Tamkin grew up in a small town on Long Island, where she dealt with antisemitic slurs, as did other members of her family. Although this degree of personal antisemitism never surprised her, she grew concerned about its spread nationally during the Trump Administration years. In those years, she not only published her first book, “The Influence of Soros: Politics, Power, and the Struggle for Open Society,” she started her second, which focused on over a century of American Jewish history, featuring interviews with a diverse group of sources, from family members to mentors to scholars.

“The most common answer from a lot of interviews was, ‘Using the term bad Jew, I think of myself.’ People got this from somewhere. They were half-joking, but only half, I think,” Tamkin said. “There was a sense of a right and wrong way to have this identity, to be Jewish in America. It’s really been internalized by a lot of people.”

Sometimes it had to do with embracing political views that were outside mainstream America at the time, including communism in the early 20th century. Sometimes it related to how much—or how little—one supported Zionism and Israel. And sometimes it involved intermarriage, a subject that Tamkin said has come up in review after review, including her own interfaith marriage.

“Obviously, it involves antisemitism,” Tamkin said. “I don’t want Jewish people to be reduced to antisemitism. It’s important that [their story] does not start and stop with anti-Jewish hate, the world of other people’s hatred.”

Yet it needs to be considered, including today, when politicians raise the idea of being a bad Jew. In 2019, then-president Donald Trump accused Jewish voters of disloyalty to fellow American Jews and to Israel if they voted Democratic.

“I’ve never been surprised by casual antisemitism on the personal level,” Tamkin said. “What was surprising to me, several years ago, was the introduction and use of antisemitic rhetoric and dog whistles at the highest levels of our politics. It felt new to me—ads that went into antisemitic tropes, language attacking Soros and globalists, people talking about elitist cabals [and having] ties to really open white supremacists.”

Jonathan Sarna, the Joseph H. and Belle R. Braun Professor of American Jewish History at Brandeis University, where he is the director of the Schusterman Center for Israel Studies, has read Tamkin’s book.

“On the one hand, it’s true there are many ways to be Jewish,” Sarna said. “On the other hand, Judaism has to mean something. If you cannot say ‘good Jew,’ does that mean you cannot say ‘good American’ or ‘good person’? What are the implications of deciding there are no values whatsoever that Judaism attaches to behavior?”

“I agree that we shouldn’t write off Jews,” Sarna said. “I’m a little worried by the idea that we can never evaluate behavior. Don’t I, as a professor, have to distinguish good students from bad students? Don’t reviewers have to distinguish good movies from bad movies? I think she is trying to make a case that some behavior that Jews characterize as ‘bad’ should not be so considered. But I would hate to see the category of ‘bad behavior’ eliminated altogether!”

Yet the subject definitely resonated with the people Tamkin interviewed for the book. “I felt very lucky to talk with other people about what Judaism meant to them in such a lonely, isolating time,” she said. “It was so nice [for them] to be able to put this in words.”