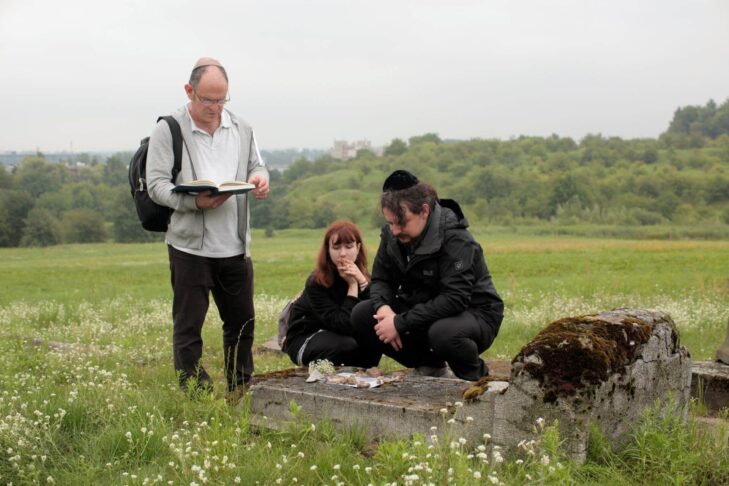 “Tacheles: The Heart of the Matter” (Promotional still)

When I first heard about a new documentary, “Tacheles: The Heart of the Matter,” which follows a group of Germans designing a video game about the Holocaust, in which “Jews can defend themselves and Nazis can act humanely,” I thought it sounded like a recipe for disaster. At best, it seemed like a poorly thought-through attempt at catharsis; at worst, something close to victim-blaming or even Holocaust denial.

The film, which premiered at the Human Rights Watch Film Festival, follows Yaar, a Jewish Berliner seeking to adapt his grandmother Rina’s experience surviving the Holocaust into a video game along with Marcel, a German whose ancestor was an S.S. officer.

Yaar says the only thing he associates with Jewishness is victimhood, weakness and an obsession with the Shoah. He wants his game to fix this, to retell the history in a way that rewrites it.

“The game is about role reversal,” he explains to his mother, “whereby the Jews are given weapons to defend themselves. Who wants to identify with a club of victims?”

Of course, while Jews fought back in the Holocaust in various ways, they did not have weapons in the concentration camps. There was no role reversal. Nazi officers did not open the cattle car doors to free the Jews inside, as the game’s Nazi character can.

“I want to take a neutral look at all of this,” says Yaar.

“But what do you mean by neutral?” asks his father.

Marcel, meanwhile, wants to rewrite history, to change the story to make it better, and to present the main S.S. officer’s actions with empathy. He wants to make the Nazi character a “family man” who needed a salary, who knew what he was doing was wrong but had no choice.

When one of the filmmakers, from behind the camera, criticizes the idea of making an overly sympathetic Nazi, Marcel doubles down. “He’s not even a Nazi,” says Marcel. “He’s a German. A Nazi is someone who has adopted the ideology. This man did what he had to do.”

Yaar looks uneasy, but Marcel’s argument isn’t so far from his own. Marcel says he feels that he is too removed from the Holocaust to bear responsibility for it, while Yaar says he feels detached from his Jewish history of trauma and doesn’t want to feel connected to victimhood. 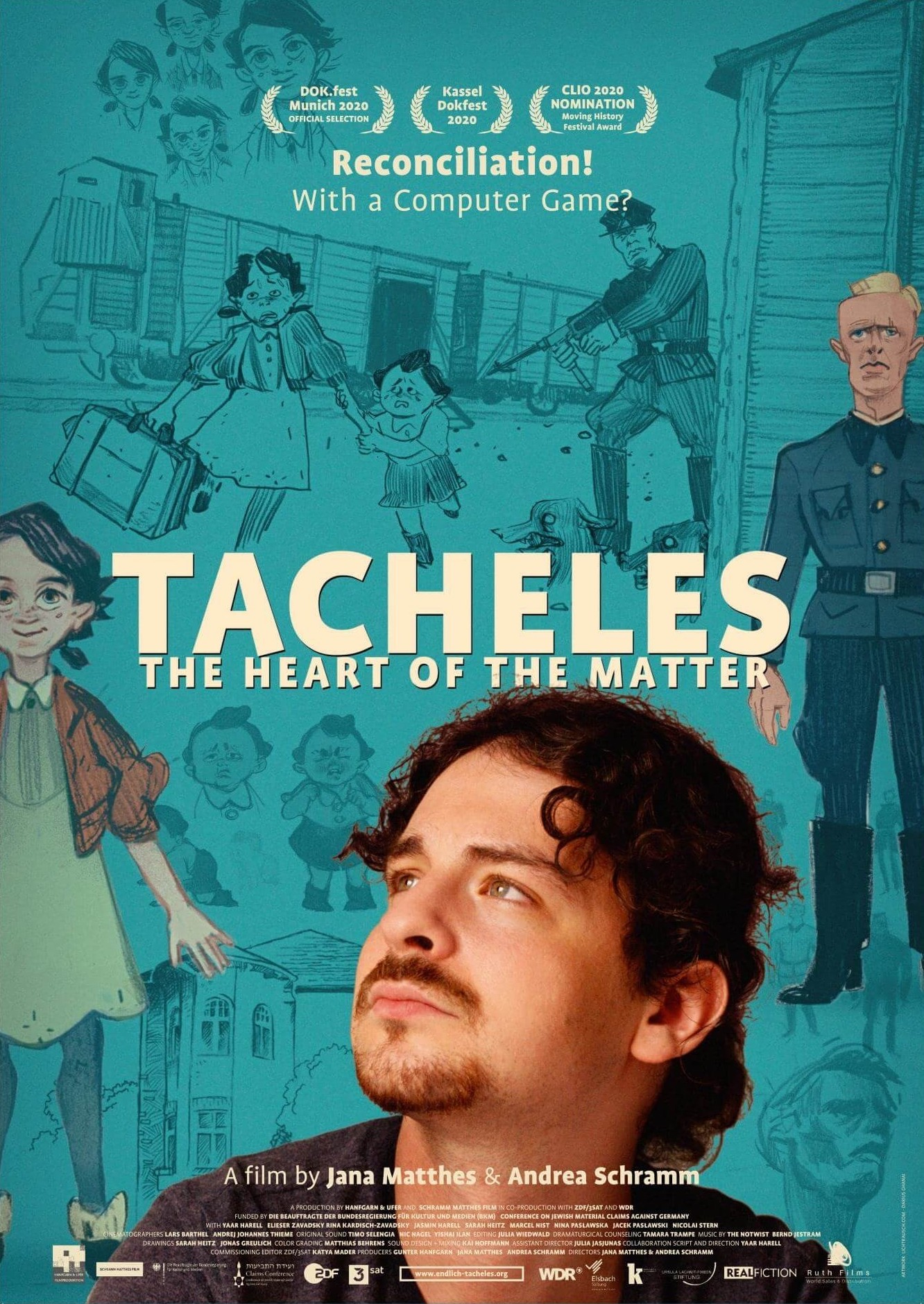 From there, the film takes a somewhat winding path through the game’s development; it’s easy to forget the group’s ultimate goal of creating a video game over the course of the nearly two hours of the documentary.

The game’s designers—Yaar, Marcel and Yaar’s girlfriend, Sarah—move to a house in Poland where they squat, living out of sleeping bags on the floor in order to immerse themselves in the story, more method acting than video game design.

Later, Yaar and Sarah go to Krakow to meet the family who helped Yaar’s grandmother survive during the Shoah, and further uncover parts of his family’s history. Yaar and his father clash and bond while discovering the depth of the grandmother’s guilt over not saving her younger brother, who was murdered by an S.S. officer.

Ultimately, the film is far more about Yaar’s own struggle with his Jewish identity than it is about the game. By the end of the film, he, too, has come around on what seemed obvious to me at the start—that his game concept is dangerous. A game that changes the power dynamics and outcome of the Holocaust could potentially teach an incorrect narrative to players who don’t know better, an increasingly common issue as Holocaust denial rises. And it becomes undeniable that Marcel is trying to absolve his own guilt.

“This is not my letter of indulgence to my ancestor,” protests Marcel, “but you can make up a few things.”

Yaar disagrees. “I’m struggling with the fact that we’re falsifying history,” he says. He realizes the entire concept is off—though Yaar never says exactly why he thinks its problematic—and the two of them part ways over philosophical differences.

The documentary ends there. Yaar has worked through some of his generational trauma. He decides to leave the idea of the good Nazi idea behind, no longer feeling the need to apologize for the weight of Holocaust trauma.

But Yaar didn’t leave the game entirely in the past; he’s still working on it, he told me over Zoom, just with a different goal. The game is now conceptualized as a narrative, choose-your-own-adventure-style game, following a Jew in Germany—but all of the choices lead to the same result, the death and horror of the Holocaust.

“A lot of people during this time thought they had options, but their options were pretty limited,” he explained. “This is actually what the game wants to show you: that you think you have options, but it does not matter what you choose—it’s wrong.”

”Tacheles: The Heart of the Matter” is streaming through the Human Rights Watch Film Festival through Thursday, May 27.

Mira Fox is a reporter at The Forward.