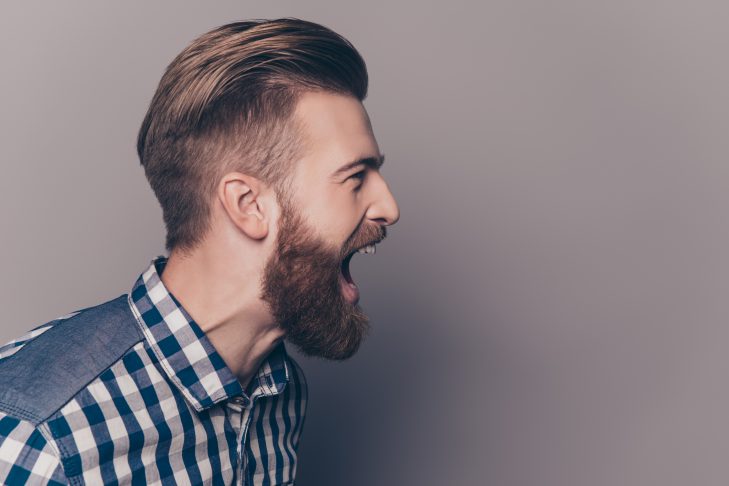 The phrase “toxic masculinity,” in the news and culture a great deal these days, is often misunderstood. Rather than indicate that masculinity is inherently toxic or harmful, the phrase “toxic masculinity” points to an overly narrow and repressive definition of manhood, by which boys and men are taught that the only way to be “a real man” is through violence, sex, status and aggression. Toxic masculinity can be implicated in everything from school shootings to sexual harassment to mansplaining. But what does healthy masculinity look like? What can we learn from Torah about a more expansive and robust definition of manhood and about how to heal the toxic forms of masculinity?

In the parsha from this week (June 13, 2019), Naso, we are taught about the Sotah: a woman whose jealous husband suspects her of being unfaithful. It is clear from the design of the ritual that the problem being addressed is not an actual question of infidelity by the woman but dangerous possessiveness and entitlement by the man. Here we see the Torah acknowledge the very real and universal emotion of jealousy, understanding that in a society in which a man’s honor and status is dependent upon being able to control his wife, such jealousy could be dangerous, even deadly.

The Torah provides a remedy for the man’s excessive bitterness and entitlement: the woman is brought before the high priest and must drink a mixture of bitter water and humble earth with God’s name dissolved into the mixture. God is willing to have God’s holy name erased in order to protect the life and safety of a woman, to heal the wounded heart and pride of a man and to make room for peace.

The parsha immediately proceeds to teach us about the Nazir, a man who temporarily steps back from society and adopts an ascetic posture of separation. The Talmud explains the juxtapositioning of the Sotah and the Nazir as divine advice for men who witness the disgrace of a Sotah. In order to break the cycle of excessive possessiveness and entitlement, a male witness to the Sotah ritual should accept upon himself a period of excessive self-denial and restraint. It is as if he must swing from one extreme to another as a corrective in order to eventually find a middle path.

It is noteworthy that this chapter ends with that middle path, a three-part paternal blessing and message for Aaron and his sons. This is also the blessing that is traditionally offered from parents to their children every Shabbat. The three-verse blessing starts with a request for protection/guardianship and concludes with an ask of peace. What sticks out is the middle verse that reads: “May Hashem illuminate God’s countenance toward you and endow you with grace/חן.”

We find an interesting connection between grace and masculinity in early mystical sources. Sefer Yetzirah, the Book of Creation, says that God made the letter “ת,” “Tav,” king over grace and it corresponds to the day of Shabbat. It has been observed that when you insert the “tav” in the middle of “grace” you form the word “Chasson – חתן,” the Hebrew term for groom.

Our rabbis teach that the essence of grace comes from the Shabbat, in that after man’s sin of crossing a boundary in the Garden of Eden (where despite being able to eat from all of the other trees, being told “no” to just one thing was too much), the Shabbat was a time to pause in an atmosphere of God’s total acceptance and love, an atmosphere that enabled him to reflect and change. R’ Tzodok writes that the blessing of Genesis 2:3 “And God blessed the seventh day” was the blessing of חן/grace.

The gift of Shabbat is the gift of God’s grace, in which we experience acceptance of and gratitude for the world as it is; in which we have no need to control, possess or dominate; in which we feel loved and “good enough” just as we are. The Talmud teaches us that we are meant to learn from the way in which God models for us the proper way to act. God’s behavior is in contrast to the jealous husband in the ritual of the Sotah. Although God created us, God does not act as if God owns us. In fact, God values above all our free will and ability to make choices. A groom, if behaving like God, will deeply honor the free will of his spouse and feel an aspiration to be worthy of such a partner. Filled with חן/grace, he will feel accepted and loved for who he is, and ready to accept and love his partner.

God, the source of all genders, has many male attributes and is also the source of all good. The humility and respect that God has for the space that we take up in this world, despite the actual power differential that exists between the Creator and Their creations, provides an important template for our interpersonal interactions where the power differences are only a social construction. May we all find the illumination necessary to create a society where all gender expressions are reflections of the Divine, and all are filled with grace.

Rabbi Rachel Timoner is the senior rabbi of Congregation Beth Elohim in Park Slope, Brooklyn, where she focuses on community building, spiritual life and activism to make the world more just.

Rabbi Mike Moskowitz is a scholar-in-residence in trans and queer Jewish studies at Congregation Beit Simchat Torah in New York.