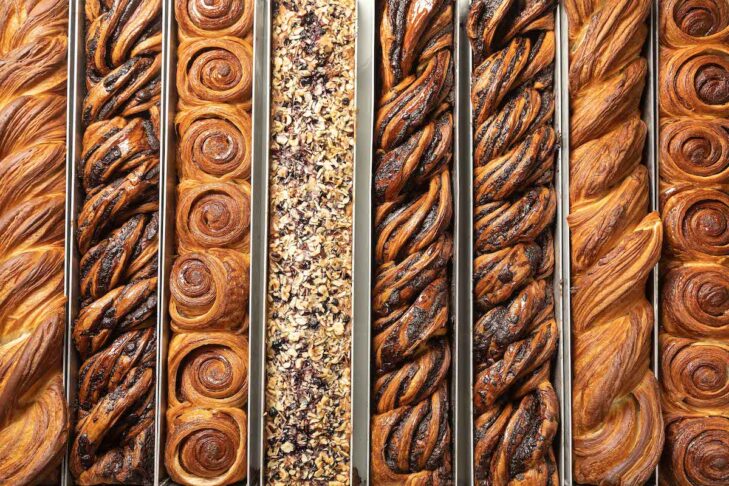 Most weekends, my husband picks up doughnuts for the kids. But, last weekend, I found myself downtown (exotic after two years pretty much glued to my couch) and decided to treat them to something completely original: babka! And, now, I want to share my knowledge with you.

My hardworking children, husband and I taste-tested several menu items from Bakey, a new (non-kosher) bakery that’s all the rage overlooking Boston Common. Before you venture into the city and attempt to parallel park on the wind tunnel that is Tremont Street (they’re also on the major delivery platforms), take note. 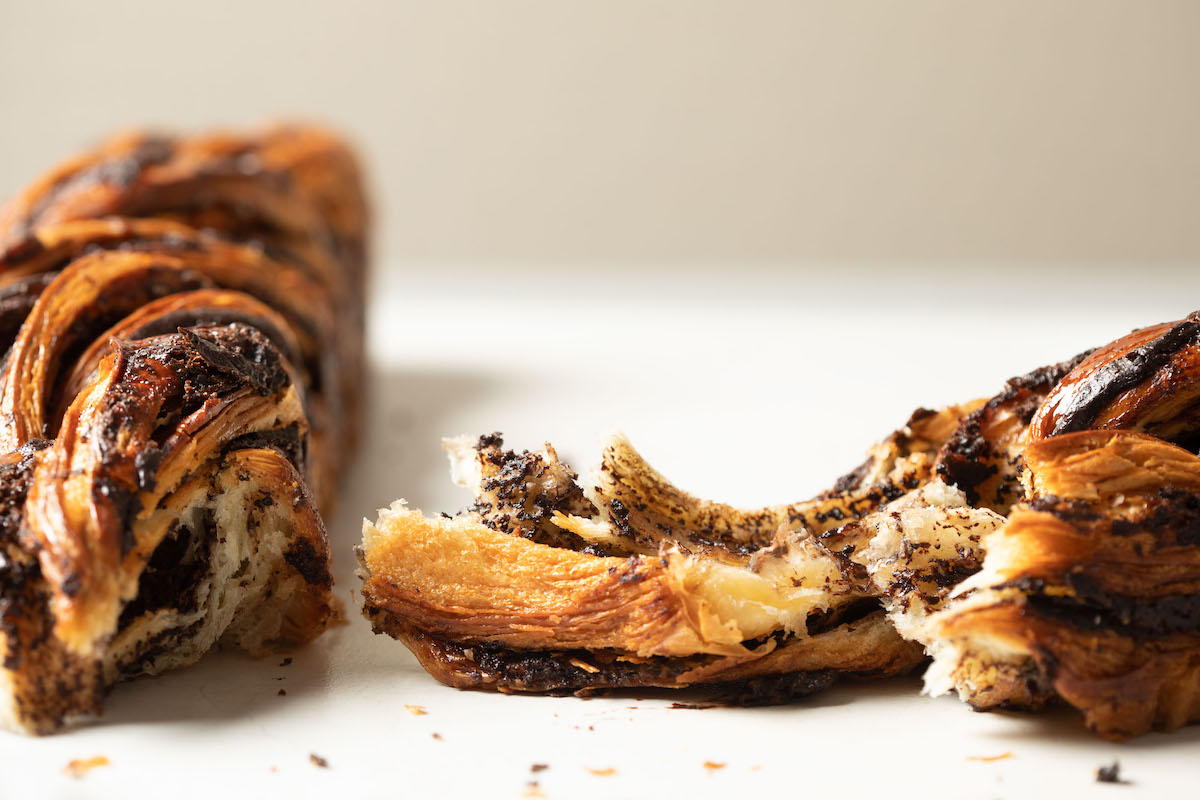 What to know: Acclaimed Danish Israeli baker Uri Scheft—who founded the Lehamim bakery chain in Israel—runs the place, which has the steely, industrial décor of a factory but employs incredibly cheerful staffers who belong in an old-fashioned coffee shop. Lehamim has six locations nationwide; this is Scheft’s first Boston venture (and Bakey’s first in the U.S.).

Bakey specializes in babka: sweet, gooey, glazed bread. There are also burekas and a few savory fridge items, like whitefish salad—but babka is the main attraction, baked about a dozen times per day. On a recent Saturday morning, the space was packed, mainly with what appeared to be college students from Emerson College and Suffolk University nearby. This is more of a takeout situation, not a curl up with your coffee affair.

Here’s how their popular menu items stack up. 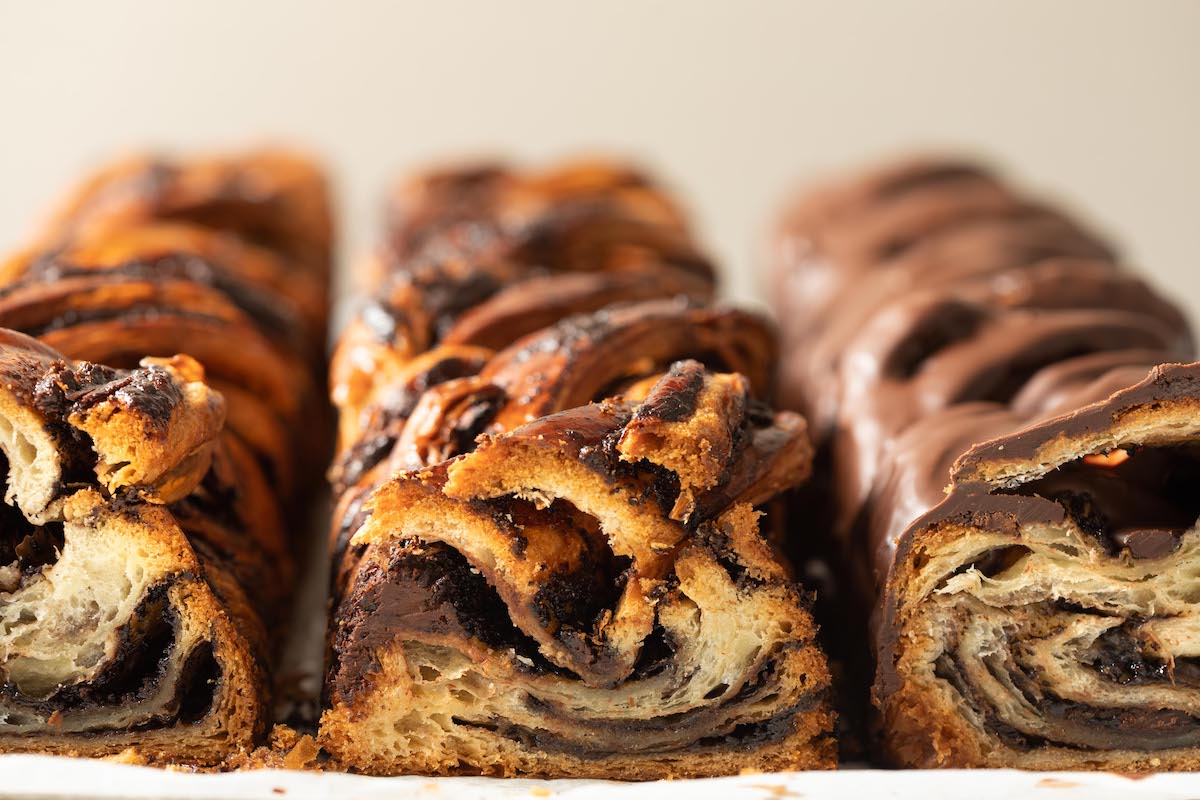 Flaky, extremely buttery, piped generously with chocolate, tightly rolled and ready to unfurl in all its sticky glory. My kids devoured it. My neighbor thought it was a bit too sweet and chocolate-heavy. I liked it, but it was so flaky that half of it ended up on my shirt. 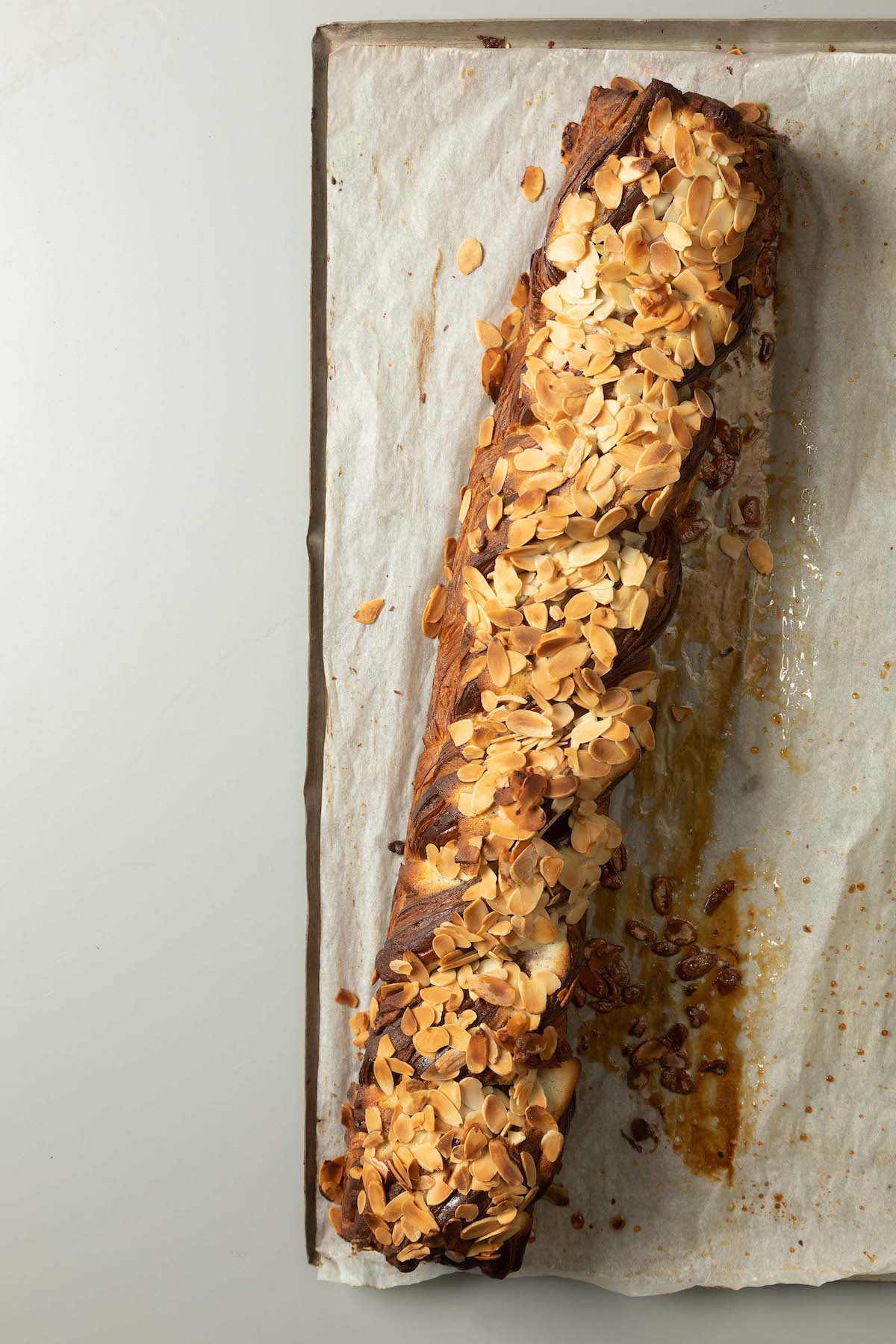 You know how sometimes you order a dish with almonds, but the slivers are so thin that they taste more like shards of tree bark than actual, well, nuts? Not here. You’ll get generous hunks of real almond. Bonus: The top is sprinkled liberally with powdered sugar. My husband liked it; my kids were ho-hum.

My husband preferred the raspberry version, below, but I favored this endlessly layered, zesty offering. But a little goes a long way; you have to really love cinnamon. It also got all over my fingers, hands and phone from some kind of phantom goo wedged within the dough. Wear a bib and wash your hands! My kids can sniff out sugar anywhere, so they were happy. This one is good for sharing. 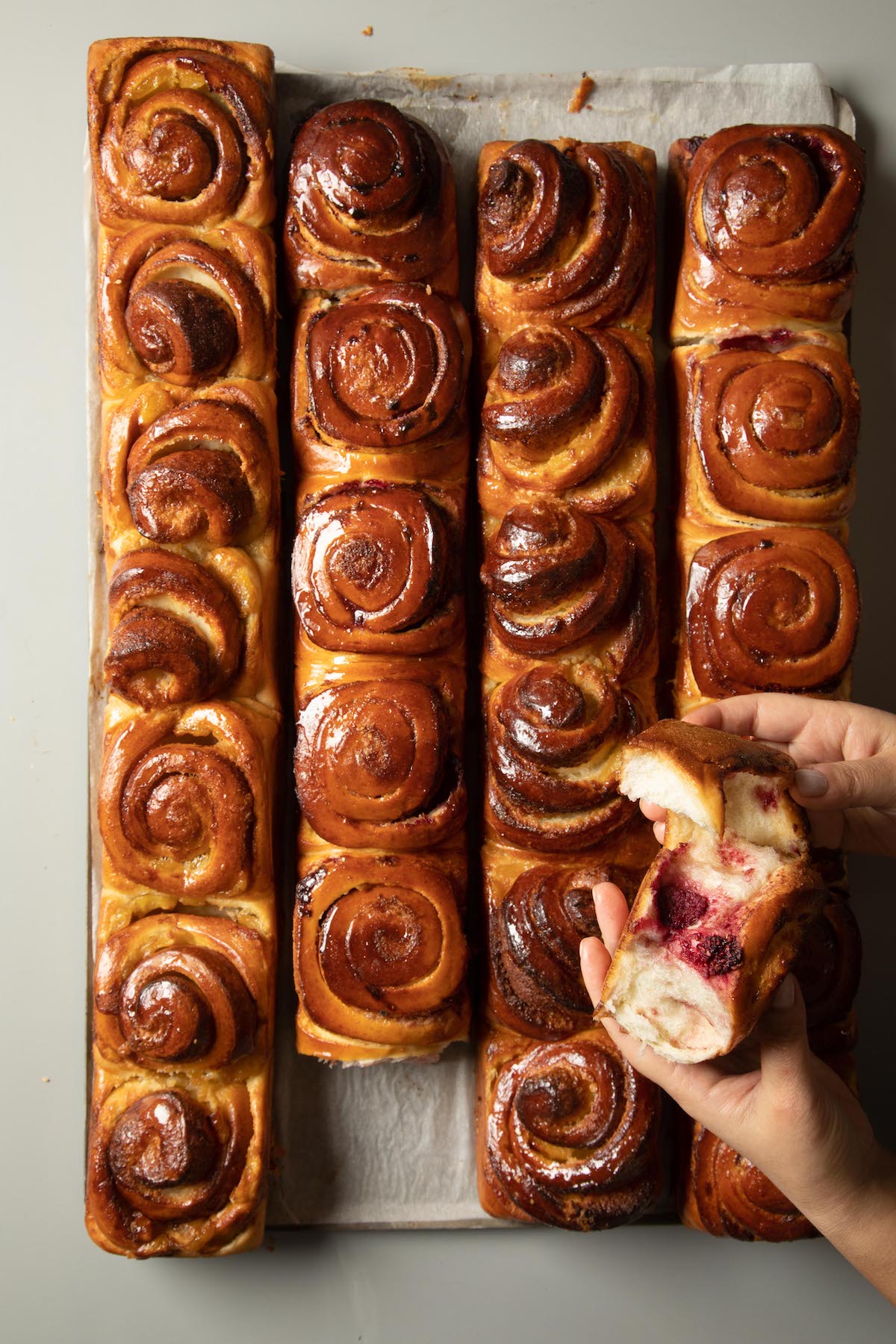 My kids really liked this. It’s swirled with a saccharine, neon-pink raspberry frosting on top, the dough is squishy and webbed (my fifth grader took a closeup photo of it, so intrigued was he by the texture) and it pulls apart with ease. I’m generally opposed to fruits in desserts, but for people who enjoy such things, it’s a winner. This ended up on both kids’ chins. 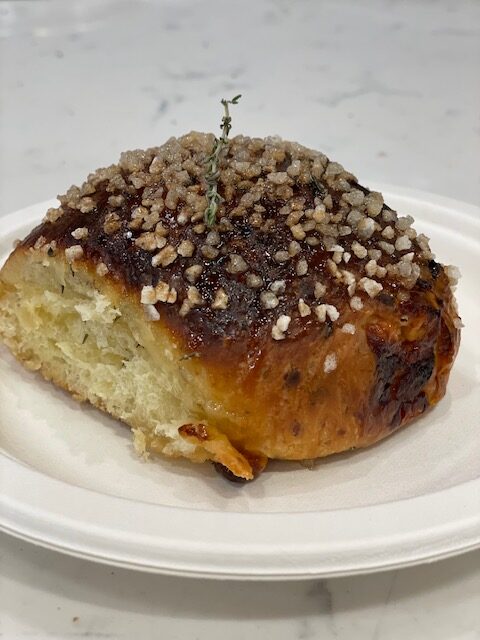 I was incredibly excited by this, even though my young taste-testers were completely grossed out by the idea of pungent cheese. What could be better than fromage and eggy, buttery carbs? Sadly, this brioche was a bit stiff and turgid, instead of classically puffy. It also had a faintly burnt-caramel aftertaste, and I had to hunt for the subtle taste of blue cheese—which seemed baked into the dough, not actually piped into the brioche. I wanted oozy, gooey rivulets! There was also a syrupy lamination on top with what I think (think?) was walnuts, but it appeared charred. Hmph. Good in theory. 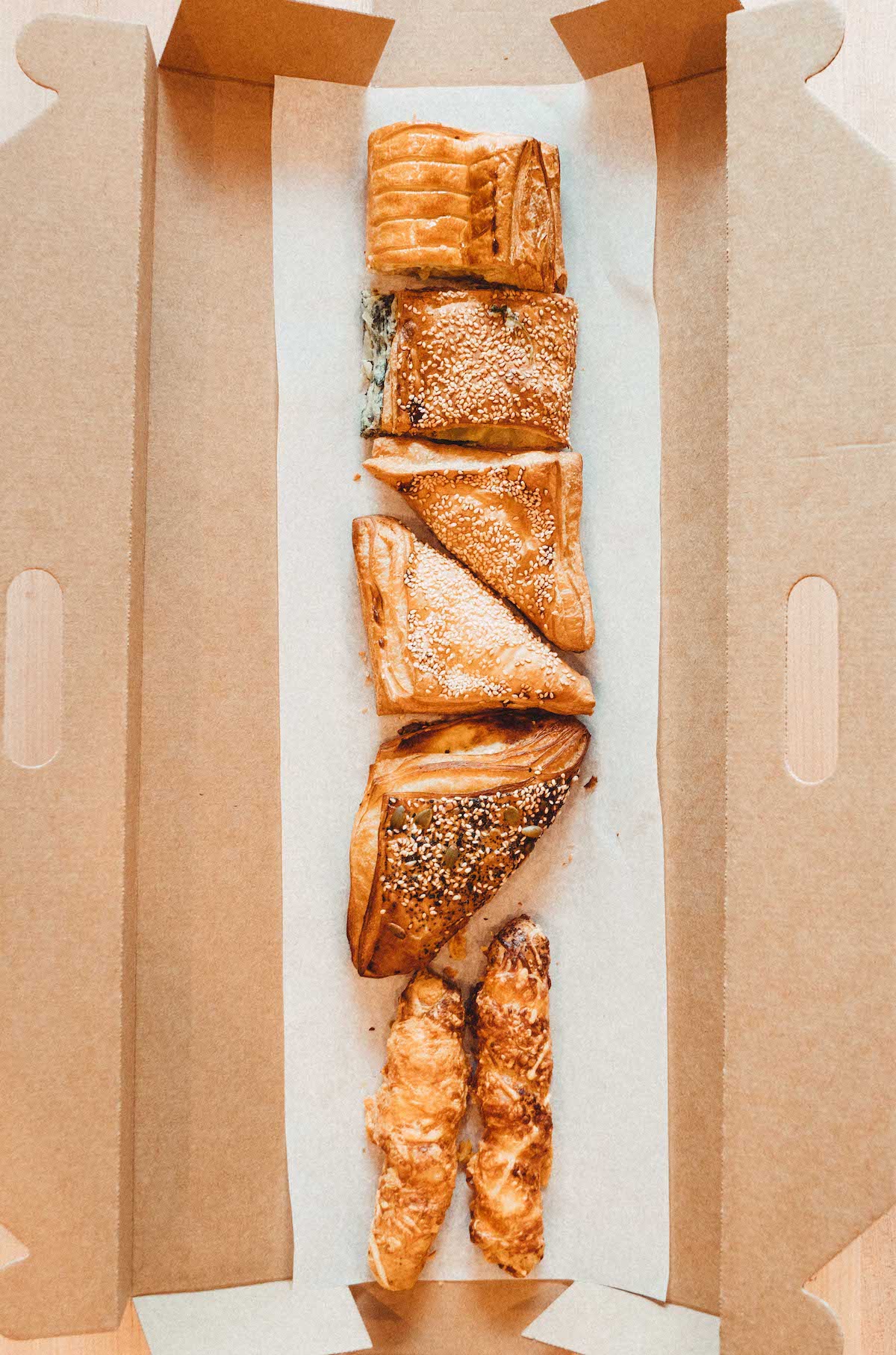 Heavenly, extra-buttery, dreamy—a savory pillow of herbaceous ecstasy. Creamy Greek feta and creamier spinach rolled into a hand-held, seeded pouch of flaky, ever-so-slightly phyllo: I could eat one of these every day for the rest of my life. It’s magical. I do wish they had a roasted tomato version, but that’s a minor quibble. I’d drive downtown for this alone. I did not share. 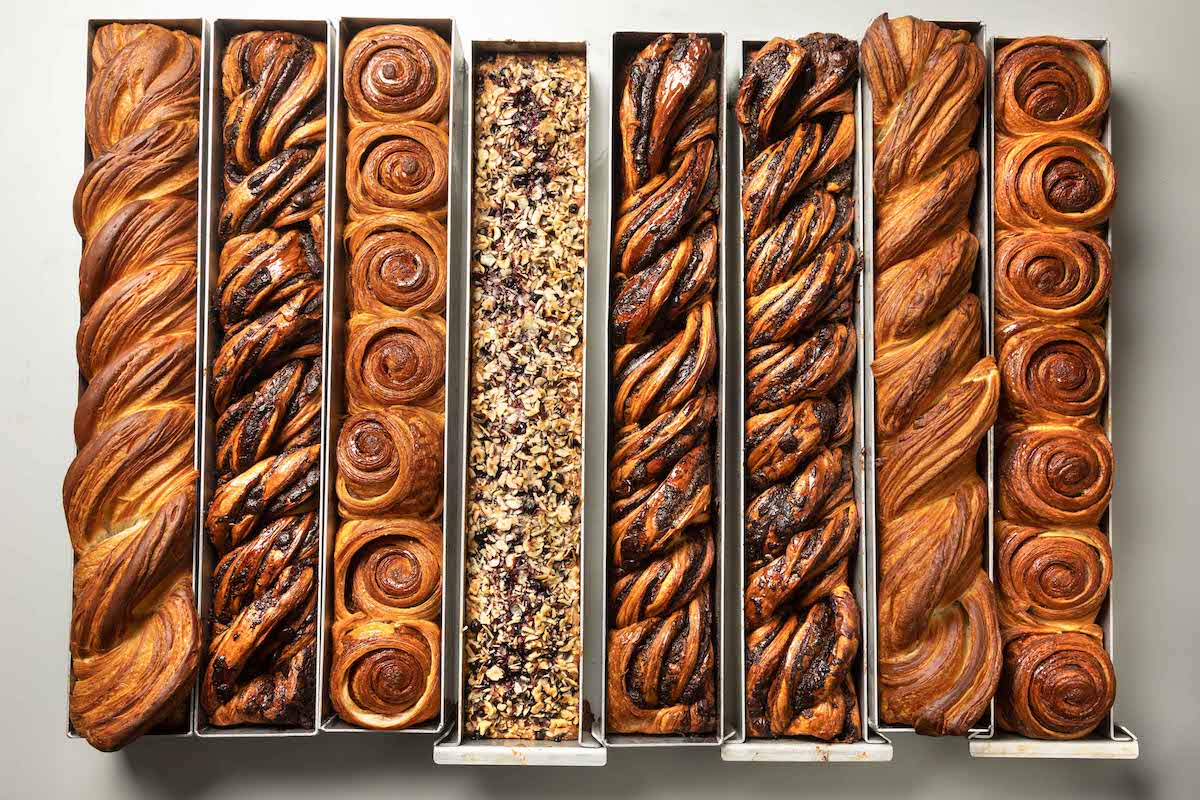 At this point, I had to stop ordering because they couldn’t fit any more bread into the box—yes, they issued me a super-long cardboard suitcase that I wielded like a baton, strolling down Tremont. I also grabbed some whitefish salad (packaged for Bakey by Boston Smoked Fish Co.), which was fine, but who needs whitefish if you can have babka?