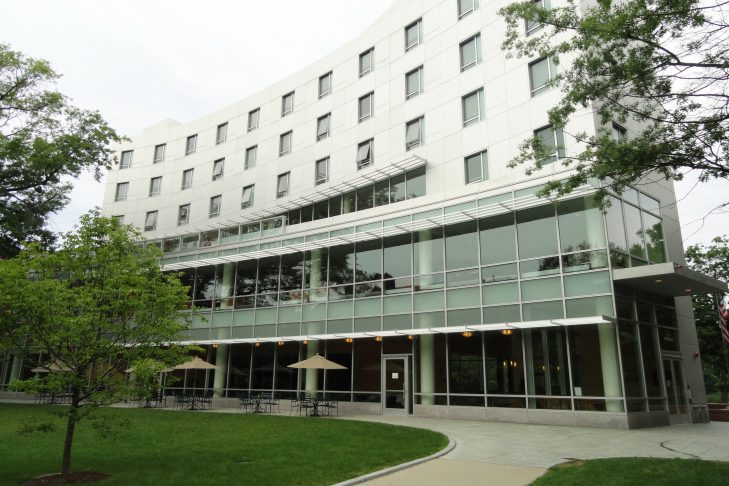 It was a front-page story when the Oxford Dictionaries proclaimed “post-truth” its 2016 word of the year. But to Jews, “post-truth” is old news.

In our post-truth history, we’ve been variously tagged as blasphemers, child slayers, Shylocks, pornographers, and New World Order Illuminati who control the media, Hollywood, the United Nations, and higher education.

Of course, many Jews in America have been drawn to college. And one reason is that the academy offered Jews respite from the post-truth mob that locked the ghetto gates at night. In the classroom, we can join with non-Jews in mutual pursuit of the Enlightenment project of pursuing knowledge that is untethered from stubborn stereotypes. In the academy, we are just another pupil or professor.

If only it was so.

Today, post-truth—squeezing square pegs of reality into the round holes of self-interested fantasy—is typically associated with the alt-right. But the political left—and I write as a card-carrying member—is no stranger to the same moral sickness as a colleague and I have horrifically experienced over the past three years at a college in Boston.

For years, we—two tenured Full Professors—were celebrated scholar-teachers at Wheelock, a college committed to social justice. We received “outstanding” ratings for teaching by the Promotion and Tenure Committee. Our classes critiqued racism, sexism, homophobia, religious intolerance, and global inequality. We published books, journal articles, and newspaper columns, spoke at conferences, and actively promoted the Wheelock name. By any measure of accomplishment, we were thriving public intellectuals.

For years, too, Wheelock College welcomed us as Jewish faculty—but only so long, we abruptly learned, as our Jewishness sat quiet in the corner of the campus. For once we asked for a Jewish seat at the multicultural table, the walls of our professional lives came crashing down. Overnight, we became pariahs. At post-truth Wheelock, the gates are again locked at night.

What did we do to deserve such scorn? In fall 2014, we wrote an email to our faculty colleagues and the Institutional Diversity and Inclusion Committee bemoaning the absence of Jewish voices in our diversity initiatives, and asking to be consulted on relevant programming. We expected a response befitting a college whose vision is to create “a just world.” Instead, we suffered a shocking campaign of retribution and retaliation. From the heart of a progressive, multicultural college in Boston suddenly awoke the old yet still venomous ogre of anti-Semitism.

A few years ago we were hailed as professors who align our teaching with the mission of the College. Now were slandered as racists, sexists, homophobes, and bigots. Orwell could not have done Wheelock better.

My fall from grace included summary dismissal as department chair, removal from Faculty Senate, and an abrupt halting to any consideration for administrative appointments. The dean placed observers in my classes. The President told a public meeting that I would “never teach alone again.” Administrators claimed we make students feel “unsafe.” I was accused of hurling racial slurs in the classroom I never utter, sending internal communications to the Boston Globe I never sent, and making negative phone calls to job candidates I never dialed. At another public meeting, students berated us for entering the multicultural center, even for setting foot on campus. The presiding Vice President sat silent.

Our reputations were attacked on social media. We were shunned by our colleagues. The Board of Trustees launched an “investigation” that criticized us for violating non-existent College policies. Any facts we tried to harness to salvaging our fast-sinking reputations—real facts, not the alternative kind—were dismissed as irrelevant or, worse, as one student Facebook posting declared, “Lies, lies, lies.” Again and again, the President and students accused us of “hijacking the narrative.”

Our letter was sent at a time of rising institutional crises and criticism of the President after years of falling admissions, rising deficits, the erosion of shared governance, failed international partnerships, and a bitterly divided faculty. Amid the tumult, accusatory fingers were pointed everywhere. But once we raised our Jewish voices, the entire College came together in common purpose: to scapegoat two Jewish faculty. That was the narrative.

Never did I think that an institution of higher education in Boston, devoted to the same liberal politics as myself, could turn on its own with such medieval malice.

Once again the Jews had poisoned the wells.

And unlike so many other colleges, Wheelock has not been rent by bitter debate over Israel and the Boycott, Divestment, Sanctions (BDS) movement. This is not about Zionism. In this sense, Wheelock’s anti-Semitism is at least more honest and pure.

By training, I am a cultural anthropologist. For twenty-five years, I have studied a small society in Papua New Guinea. I also write about American Jews. Thus I teach students to celebrate diversity here and globally. I anchor my teaching to the modern ideal of a pluralistic society as well as the traditional Jewish value of tikkun olam, “healing the world.” In my classroom, this amounts to listening to and validating marginalized communities who are denied equal voice and presence in the public square.

In the post-truth world of Wheelock College, however, the public square admits everyone but two Jewish faculty who dared to raised concerns about an empty seat in our vision of a diverse community. We might as well have grown horns. 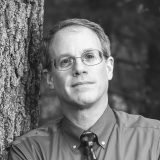 Eric Silverman
Eric Silverman, a former professor of anthropology, is a scholar at the Women’s Studies Research Center at Brandeis University, as well as with the international law firm McAllister Olivarius, which specializes in discrimination and sexism. Among his books is “A Cultural History of Jewish Dress.”