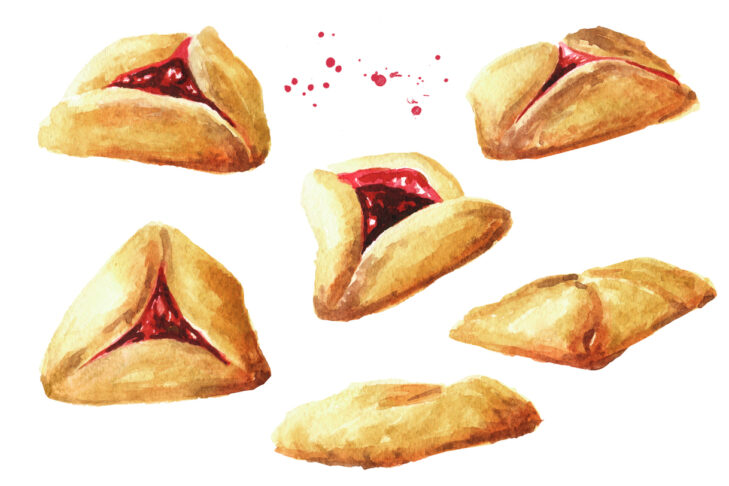 Where are you getting your hamantaschen this year? I need to know! Do you make your own? What’s your secret?

If you prefer to buy, here are a few ideas for where to find those tri-cornered pockets of Purim delight:

In Brookline, Michael’s Deli owner Steven Peljovich just told me that he’s going to start cranking out “funky hamantaschen” on Monday, March 7, until he sells out: Grab cookie dough, guava and chocolate-strawberry versions. 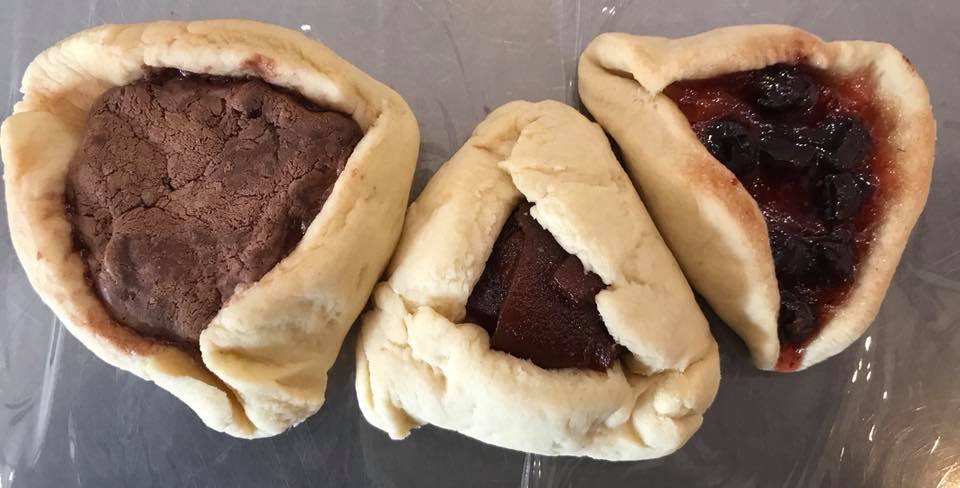 Nearby in Newton, Blacker’s Bakeshop has tons of loyal fans. They sell lots of flavors: poppy seed, chocolate, apricot, raspberry and lemon. This is a good pick for sensitive sweet teeth: In addition to being kosher, it’s also nut-free. Galit’s Treats, another Newton favorite, makes tightly packed triangles with fillings like almonds and halva, sprinkled with powdered sugar. 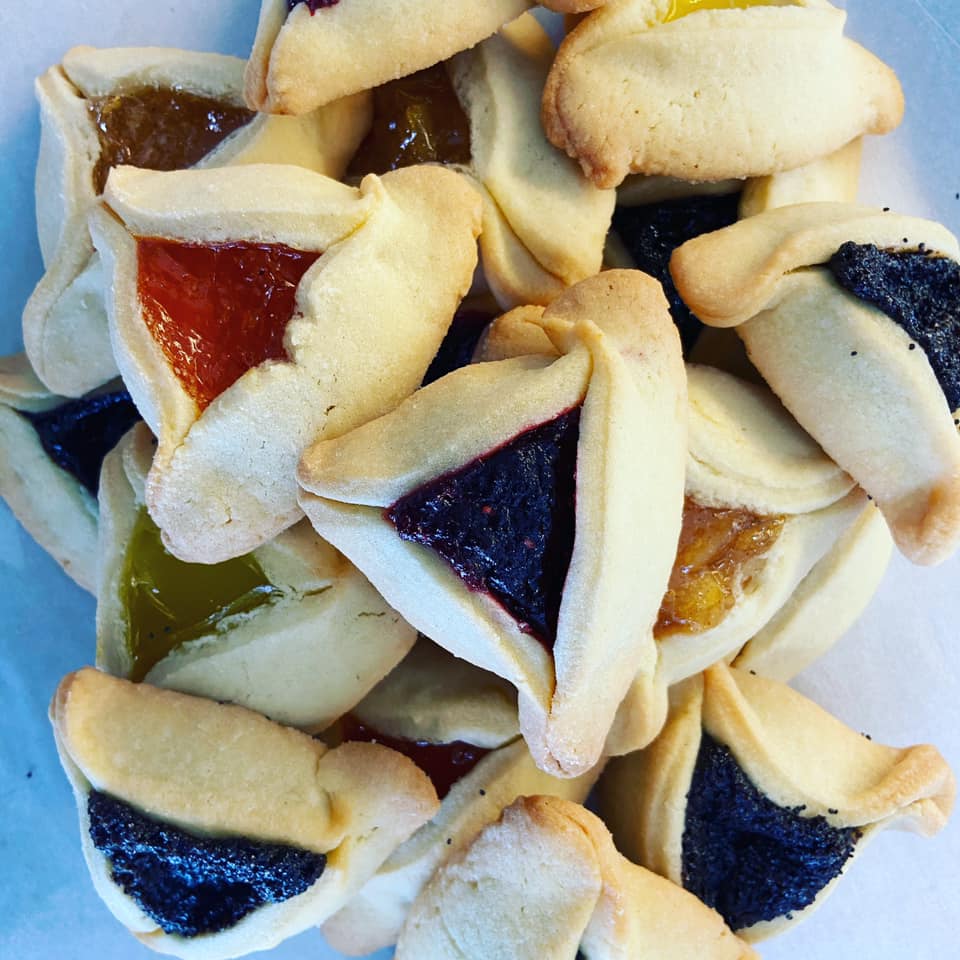 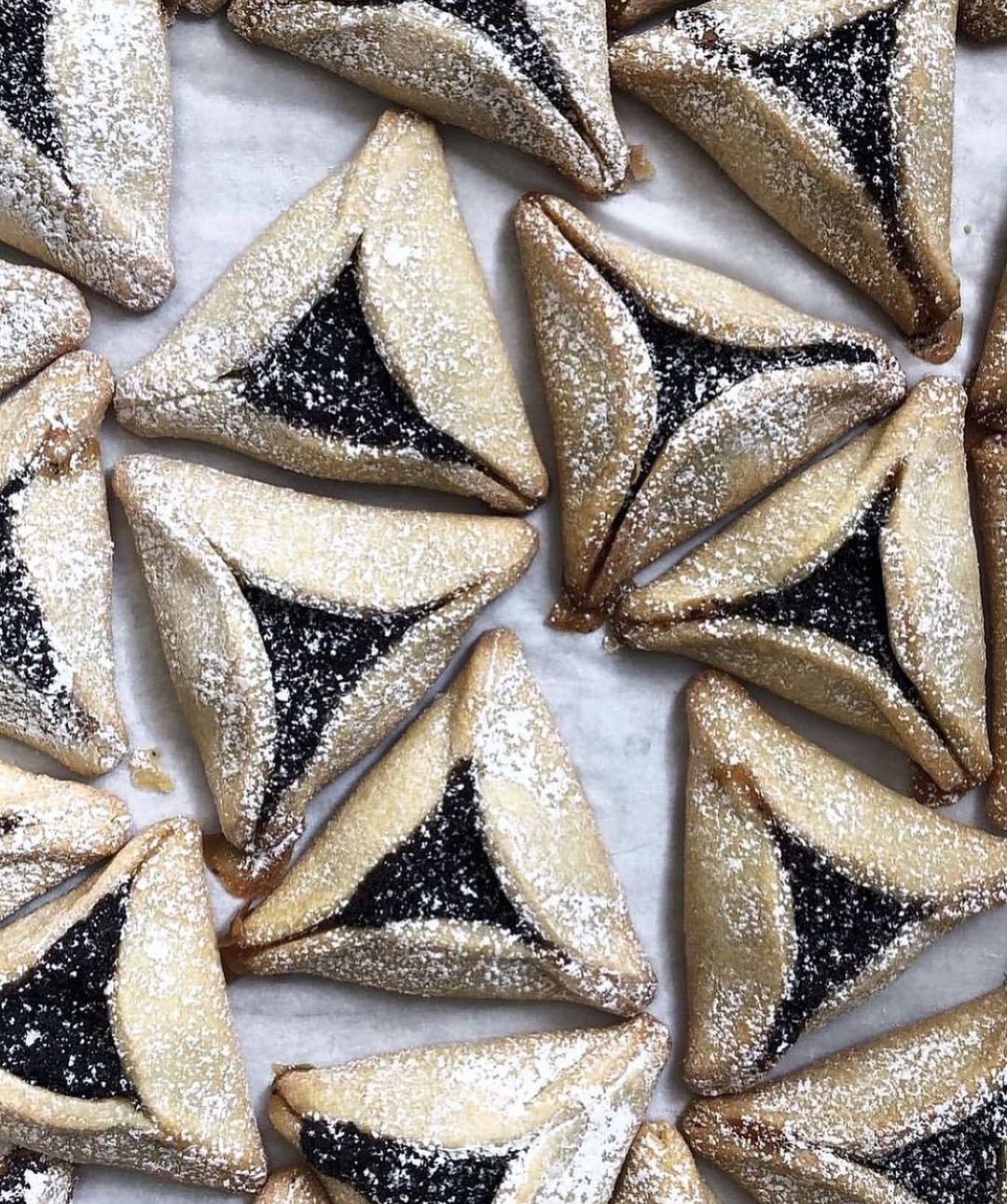 In Brookline, Kupel’s Bakery churns out prune, raspberry, apricot, apple and blueberry—but get there in the morning, while supplies last. The Butcherie is also fully stocked for Purim, with homemade date and poppyseed versions, plus a la carte fillings (apricot, raspberry) if you want to try to make your own. I’ve also tried tasty versions at Clear Flour Bread (especially chocolate and blueberry cheesecake). 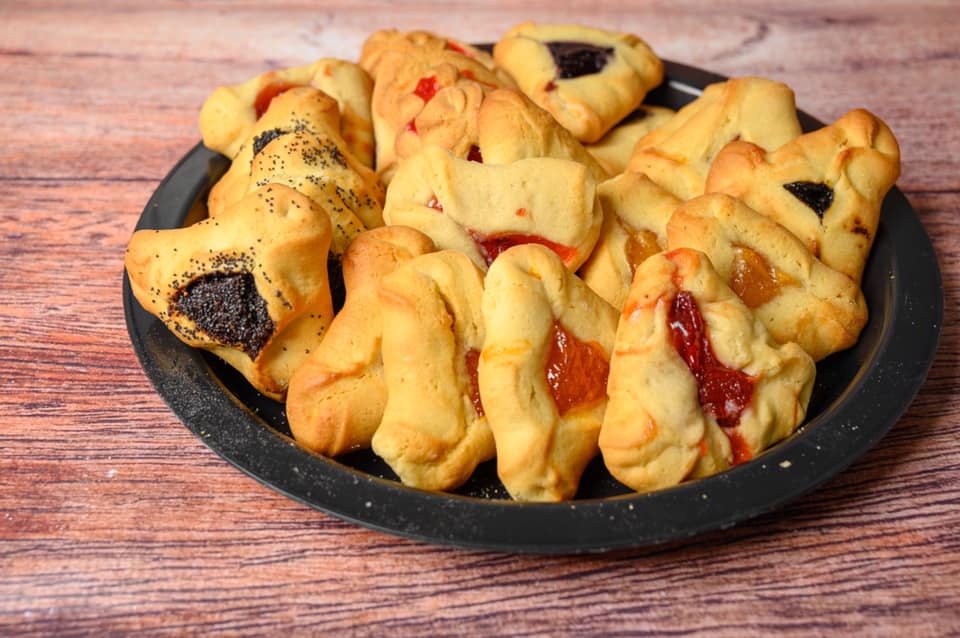 On the North Shore, people love Zucker’s (4 Lake St., Peabody); I’ve never been, but it gets good buzz!

EHChocolatier in Cambridge is another hamantaschen hot spot: Theirs are piped with apricot and raspberry jam and dipped in chocolate. And don’t forget Mamaleh’s in Kendall Square, Boston and Brookline, which will be selling Purim gift boxes. 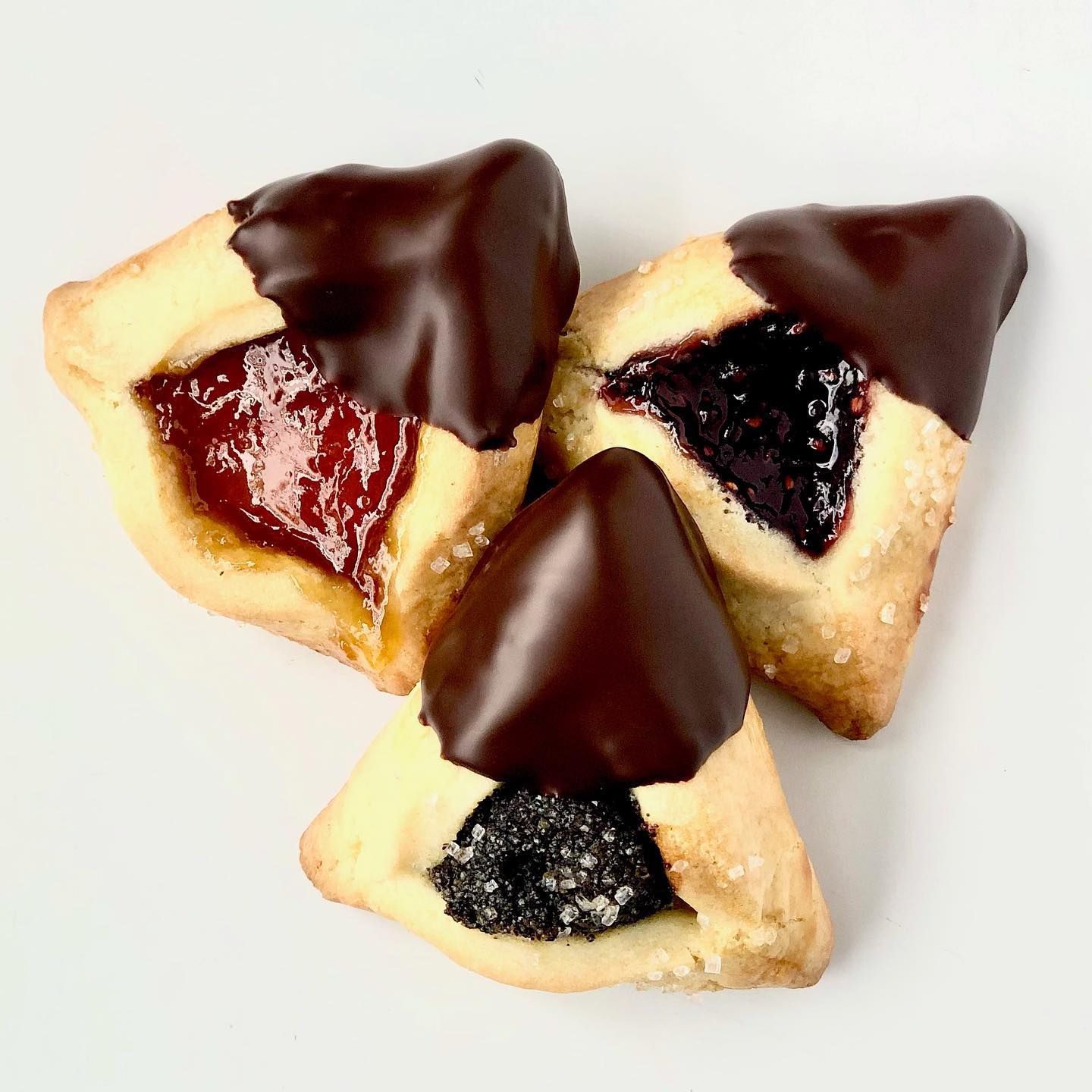 Last, but not least: A moment of silence for kosher-certified bakery Cheryl Anns’ in Brookline, which is temporarily closed due to a fire.

I also have to shout out this JewishBoston piece from last year on savory hamantaschen. Truth be told, I’m not a huge sweets-eater, but the idea of shakshuka hamantaschen intrigues me.

And for those who love color—order online from Marzipops, run by Harvard University grad Dahlia Weinman. Her technicolor hamantaschen will brighten your table (and your teeth). They’re even making limited-edition blue-and-yellow versions to honor the Ukrainian flag. Order by March 8! Tell me: Where do you get your hamantaschen?