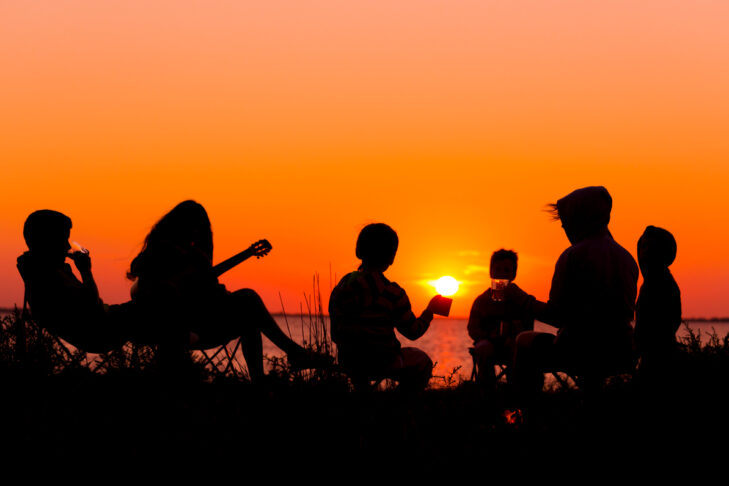 Camp friends make the best friends. That’s what so many of you told me when I reached out to ask about those friendships you formed at camp. Maybe it’s the shared memories, the specific traditions, the bonding experience of conquering homesickness and becoming independent together for the first time. Whatever that magic elixir is, I’ll be highlighting a few such memorable connections over the next couple of weeks.

First up is Natick’s Liz Edgers Berman and her longtime friend Corey Penn. Camp wasn’t an immediate fit for Berman. As a kid, she attended two other camps that didn’t quite fit before joining a cousin at Camp Tevya in Brookline, New Hampshire.

At 14, the suburban Boston teenager was a bit old for a brand-new camper. And on the first day, she didn’t know anybody—except her cousin, who was busy reuniting with her own friends. Berman recounts a scenario familiar to anyone who’s ever walked into a crowded cafeteria with a full lunch tray and nowhere to sit.

“I walked in and didn’t know anyone,” she recalls. “I had started after everyone else. Everyone was going nuts: crying, hugging. Then a girl broke free from her group, came up to me and said, ‘My name’s Corey. Do you want a tour?’ I remember it like it was yesterday. She walked right over to me.”

And that’s how she met Corey Penn. 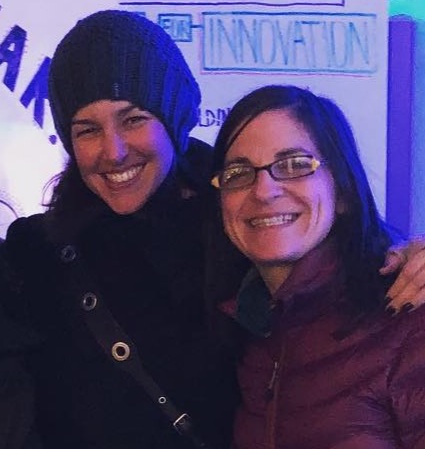 “Camp is a totally intense experience. You can become best friends with somebody in a day. There’s this feeling where a week feels like a month—it’s such a concentrated experience,” she says. “It was truly the best time I’ve ever had in my whole life: Everyone was so much fun. It was like a big family, which sounds cheesy. But you could come from all different areas, backgrounds, different kinds of families and experience the same thing together. There’s been nothing else like that anywhere else in my life.”

Berman enjoyed camp so much, in fact, that she went for nine years, becoming a counselor. Most of her camp friends continued through college, too.

“Back then, you stayed in touch with people by writing over the winter. There was no social media or any of that. We’d see each other once a year between camp,” she recalls. Still, those ties endured.

Now middle-aged, she and Penn are neighbors in Natick who’ve gone through life and career changes together, including her big professional switch from HR professional to baker.

“We’ve remained extremely close through the years. We helped each other when our kids were babies, went for walks, stuff you don’t do in regular daily life with work and family,” she says.

And she’s still close with several Camp Tevya pals, even beyond Penn.

“These are the friends—even if it’s someone I don’t see as often—I know if I needed someone, they would be there. They are the friends who show up for good things and not-so-good things. I have other close friends from my adult life. But I don’t have friends like this who, in a heartbeat, would drop everything,” she says.