Why do we light Yahrtzeit candles? Where does the custom of lighting memorial candles for the dead come from, and when are we supposed to light them? 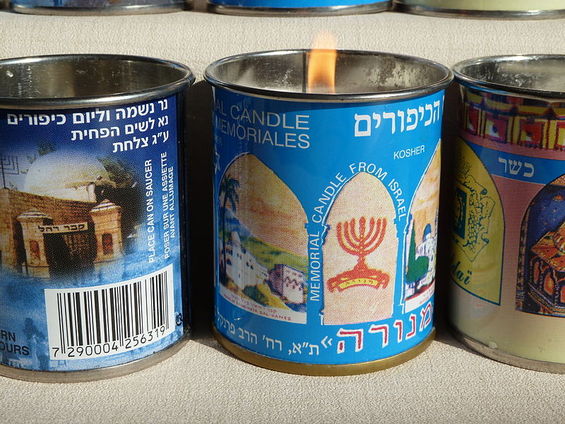 Jewish mourning is designed to be a transformative experience. By that I mean that the rituals surrounding a funeral, sitting shiva, and the subsequent year bring a mourner to a different spiritual destination from where she or he began. Observing a Yahrtzeit – the yearly anniversary of a loved one’s death – is a mitzvah for the rest of the survivor’s life. There is no “closure” per se; instead, there is transformation. This is the power of Yahrtzeit rituals.

The tradition of observing Yahrtzeit (the word itself is of German origin) goes back to Talmudic times. Traditionally, of course, the Yahrtzeit is observed on the anniversary according to the Hebrew calendar; many people today, however, mark their observance by the secular calendar.

There are three important customs here that are intertwined:

First, lighting candles is a powerful and evocative ritual, reminding us of the biblical verse, “The human soul is the lamp of God (Proverbs 20:27).” A Yahrtzeit candle should be lit on the evening of the anniversary (remembering that in the Jewish calendar days begin at sunset). If the anniversary falls on Shabbat or on a holiday, the Yahrtzeit candle is lit before the Shabbat/holiday candles. The candle typically will burn for 24 hours.

There is no special blessing to recite upon lighting this candle. That said, I think it is important to gather loved ones together (if possible) to reflect on the memory of the deceased, and perhaps to share Psalms or other readings in his or her memory.

Second, it is traditional to recite the Kaddish on a loved one’s Yahrtzeit. (In many synagogues, it is customary to say the Kaddish on the Shabbat that falls during the week of the anniversary.) It is also appropriate to visit the graveside on or around the Yahrtzeit.

Finally, it is appropriate to give tzedakah in memory of the deceased. Tzedakah is more than a ritual token. It is a way of saying that in addition to remembering, in addition to praying, we actively pursue acts of goodness and justice in memory of our loved ones by making the world a better place with them in mind.

In this way, in the intertwining of memory, ritual and sacred action, we can confidently assert: Zichronam Livracha (“Their memory is a blessing”).

Rabbi Neal Gold is the senior rabbi at Temple Shir Tikva, a Reform congregation in Wayland.

For more information, check out InterfaithFamily’s Guide to Death and Mourning.