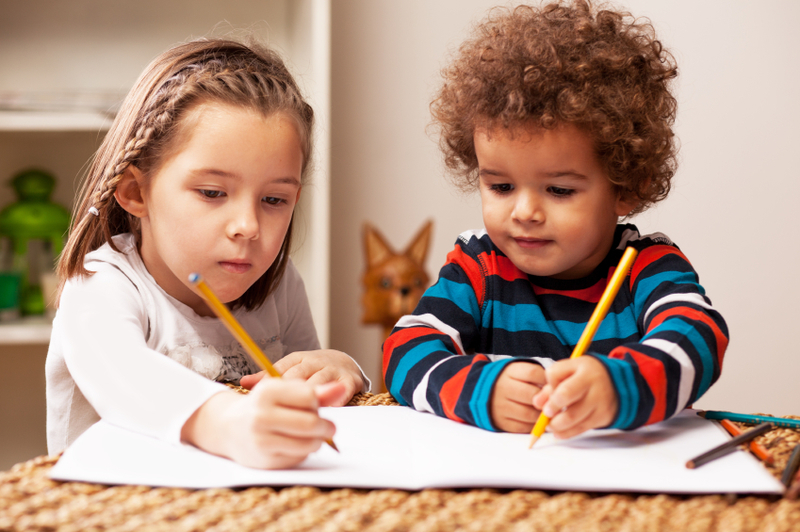 I can’t believe I’ve become one of “those” parents—the parent who selects their children’s kindergarten more than a year in advance. I used to scoff at the stories of parents who would put down deposits to hold spots on wait lists at local daycares while still in their first trimesters! But I’m feeling a lot more aligned with those folks these days when comparing my kindergarten after-school program search with the quick picks of friends. “We’ll send our kid to the program up the street,” became a refrain I heard with some regularity. Let me qualify this by noting that our town is one of very few that doesn’t offer full-day kindergarten. With two full-time working parents, that means we’re choosing a destination where our children will be spending roughly six hours per day. The “after-school” program is actually where our kids will receive the bulk of their education.

Our own exploration of three programs opened our eyes very quickly to the reality that there are wildly different experiences to be had within close proximity of one another. Things started out well at Program A: We were greeted by the director, who ushered us to a special designated meeting area. She provided a polished presentation, outlining an impressive schedule of extra-curricular activities. This included “electives,” something we hadn’t had the opportunity to select for ourselves until college. But when we asked her about diversity, she shifted in her chair uncomfortably, uncertain of how to proceed. There was a reference to a poster of starving children in Africa in an adjacent room and fundraising done by the children for a charity to teach compassion and help those “less fortunate” than all the pupils attending this program presumably were. As for lessons teaching diversity being woven into the curriculum, the director was at a loss for an answer. She said they referred children to speak with their parents when issues involving sensitive topics might arise.

As part of our tour we happened by the kindergarten class rehearsing for their “graduation” from the program. With only the initial prompt, each child rose, recited a short greeting in Mandarin (presumably conferring a business advantage), and introduced themselves by name, flawlessly triggering them to sit down with hands clasped, beginning the next introduction. Immediately following this, two students came forward as the designated class leaders, introducing each of their classmates and sharing what each pupil had enjoyed most about the year—from memory. This transitioned seamlessly into a tightly coordinated recitation of a poem by the group, thanking their parents and citing all they’d learned that year. These children were 6 years old. I’d be lucky if my friends and I could pull off this same feat at 36! We should have been impressed beyond measure, but instead I had the urge to run out the door and toward preserving our kids’ childhoods.

At Program B we weren’t greeted by the director, who was running late, but rather by a front desk, where we had to sign in for security reasons. The director answered our initial questions as she walked, speaking with us over her shoulder. We asked about the curriculum and what the children were learning. We were told there was a very wide range of academic ability in the class. In sharp contrast to Program A, about half the class was still working on letter recognition. Program B’s selling features were linked to athletics—including access to a new field. We noted the day’s activities posted on the board and commented that we were excited to see that our visit would coincide with the lesson of the day, as the academic content was still a mystery. We were surprised when the director subsequently informed the teacher that the children needed to “get out some extra wiggles” and that we would instead be participating in an organized physical activity. Would this be kung fu, as was offered as an elective at Program A? Not exactly. The teacher took out her iPhone and instructed the children to dance to the music. There were no “electives” in Program B, unless you counted the elective “out” of academic content.

Then we visited The Rashi School in Dedham and were smitten within the first 10 minutes. The school’s commitment to weaving Jewish education into traditional subjects, with the goal of creating a holistic Jewish identity, was very exciting for us and something we longed for. There was also the interactive technology integrated into the curriculum and classrooms, including a hands-on, exploratory robotics unit beginning in kindergarten. There was the beautiful, new facility itself, complete with inspiring community-themed murals and a chart of core values, which is woven into lesson plans. Here was a school catering to students’ unique intellectual challenges, committed to developing critical thinking skills, and simultaneously invested in turning students into mensches.

What really sold us though was sitting in the beit midrash (study hall) and hearing the confident older Rashi students speaking from the heart. They were the kind of kids we wanted our children to be friends with one day. One spoke about the school’s supportive atmosphere—how Rashi students encouraged one another during athletic competitions, making sure everyone got to play. Another spoke about her tzedek project and what she’d gained from visiting the classrooms of younger students at Rashi to read to them. I may have cried a wee bit during the presentation—tears of joy and relief. Having attended public schools ourselves, we didn’t set out to enroll our kids in Jewish day school. In fact, we selected our inconveniently located and overpriced suburb originally for the public-school system. Nonetheless, the fact is that we can think of no better place to nurture our children’s potential—mind, body and soul.

Rachel Kleiman has a master’s in education and has worked in the field of higher education for the past decade. She’s the proud parent of two boys, who she hopes will be lifelong learners and stay engaged in Jewish life long past their bar mitzvahs.