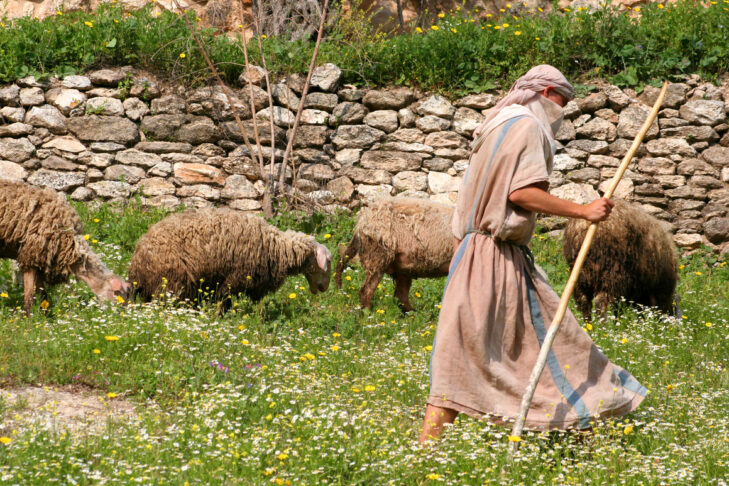 As the Torah winds up its narrative toward the death of Moshe, it offers a few final examples of his leadership. These include his teaching of the song of Ha’azinu in next week’s parasha (Devarim 32:1-43), and his blessings to the tribes in the final parasha.

Yet this week’s reading introduces the song with a very dark moment. In Devarim 31:16, God says to Moshe: After you die “this People will rise, and stray after the foreign Gods of the people in the land that they enter—they will leave me and betray the covenant I have made with them.” In response, God will desert the people and hide God’s face from them leading to terrible suffering (ibid, verse 17). The song of Ha’azinu depicts both the process of Israel’s betrayal and the suffering that follows with great pathos. It is, however, interesting to note, that neither the text of the song of Ha’azinu, nor God, when presenting it to Moshe, have anything to say about a possible reconciliation between the people and God. This contrasts with the detailed rebuke of Devarim 28, whose stated purpose is to dissuade the people from betraying the covenant (verses 15 and 58), or the rebuke of Vayikra 26, which culminates with the people acknowledging their guilt and God re-affirming the covenant (verses 40-45), or even the beautiful description of reconciliation in Devarim 30:1-11.

In this week’s parasha, Israel’s betrayal and the following suffering are presented as inevitable. There is also no description of the suffering leading to reconciliation between God and the people. The end of the song describes God taking revenge on the nations who destroyed Israel, but that is mostly because they do not acknowledge that the power they have comes from God, and not because a relationship with Israel has been reestablished.

What, then, is the point of the song?

This is explained in verse 21 of chapter 31: “It shall be, when (Israel) is overcome by great evil and suffering, this song will confront them as a witness, for their descendants shall never forget it.” The point of the song is therefore to negate the possibility of any future misunderstanding of the situation. Israel’s suffering was foreseen and is completely the result of their own sins. The text does not propose that this understanding will lead the people to change their ways and find a way back. God will take revenge on God’s enemies (verse 41) and wants God’s power and role to be acknowledged in the process.

I am not proposing that these paragraphs express an absolute biblical theology. Indeed, as I have pointed out, in other places in the book, even just two chapters away, a different theology is presented. It is, however, in the context of the narrative, a moment of deep despair from the people’s capacity to change and be different. As Moshe says in verse 27: “I know your rebellious nature today; it will not change after I die.”

This limited role of prophecy can be seen in other biblical narratives as well. In one of his prophecies reflecting on his role as prophet, Ezekiel sets clear limits to his responsibility as a prophet (Ezekiel, chapter 33). Although he is still calling for the people to change their ways, he is very clear that he is a watchman whose role is to sound the alarm, to speak God’s warning to the people (verses 10-21). He will be held accountable only for not speaking out—he is not responsible for those who ignore his warning (verses 1-10). What, then, is the point of speaking to those who treat the prophet’s words like a performance “a beautiful love song with good music”? (verse 32).

To this Ezekiel answers: “When (the tragedy) comes, for it is coming, they will know that there was a prophet amongst them” (verse 33).

As mentioned above, when Moshe presents the song to people he is caught up, as it were, in the Divine despair. Yet when he finishes teaching the song to the people he has a different message, a message of hope. “Listen carefully to this story,” Moshe says, “your lives depend on it. By internalizing this story and teaching it to your children, you can avoid this outcome and lengthen your years on the land God is giving you” (Devarim 32:44-47).

How are we to understand the difference between the way Moshe speaks before and after teaching the song? For this, we go back again to Ezekiel, for while Ezekiel has a particular understanding of the limits of his own responsibility, he also knows of other forms of leadership, which he holds to different standards. In the chapter following his reflection on the role of the prophet, Ezekiel rebukes in the harshest of terms those “Shepherds of Israel” who did not “strengthen the weak, heal the sick, bandage the broken, return the stray, and seek for the lost” (Ezekiel 34:4). It is worth noticing the difference between the two metaphors of leadership that Ezekiel employs. The prophet is a watchman, whose responsibility is to his role, not to the wellbeing of the people. As long as he has pointed out the danger, spoken the truth, he has done what is required of him. If the people do not act wisely in response to his warning, he cannot be held responsible for that. In the words of his prophecy: “You (the prophet) have saved your own soul” (Ezekiel 33:10).

Although this may seem like a heartless depiction of the prophetic voice, it has some resonance with the biblical narrative in which Ezekiel, Jeremiah and most every other prophet sent to the people of Israel failed at bringing about the social change that would have averted the tragedy they saw coming. While they spoke with great courage and endured great dangers and left behind words that we have found inspiring for many generations, one after another, they mostly failed their own generations. Is it possible that the shadow side of speaking God’s word or speaking truth is that upper-case Truth is so compelling to the speaker that they may forget that words must be modulated so that they can be heard in specific circumstances by specific people? Is that how we are to understand Ezekiel’s sense of being accountable to the word, not to people’s response to it?

Moshe, in rabbinic legend, is chosen to lead the people of Israel precisely because he is a compassionate, caring and responsible shepherd who will not let even a single lamb get lost (Shemot Rabbah 2:2). Still, it is easy to imagine one who has struggled so much with both personal and leadership disappointments, hearing God’s declaration that the people will ultimately fail, and going into his darkest places. Yet by the time he finishes teaching the song, when the story ends with no other benefit than “you should know that God foretold your failure and it was totally your fault,” he cannot end there. Because Moshe, the servant of God, loves the people, and cannot succeed when they fail (Devarim 34:5). He reclaims his role as shepherd having fallen for a short time into the limitations of Ezekiel’s prophetic voice.

And thus Moshe teaches us teshuvah (repentance). Ezekiel’s distinction—you are either a watchman or a shepherd, is too simple. We must ask, how do we move between different voices? There is a particular challenge in our generation as the internet has given the theoretical possibility of an endless platform to any individual who has access and can type. It is easy to feel—my voice must be heard! I must put these truths out into the public square of one kind or the other social media! It can even feel like a responsibility to voice that particular truth.

And there may be moments when there actually is such a responsibility. But, I dare say, they are less than some of us sometimes imagine. I look to Moshe who heard truth from God’s own mouth, but as he was speaking realized—this may be true, but it is not useful.

At this time, when reading or listening to the news makes me feel that we are marching briskly from one failure to the next, I feel deeply that we need fewer prophets and many, many more shepherds. So whenever I speak out, I try to remember to ask myself: Do I love the people I am speaking to? Do I feel responsible for them? Am I speaking in such a way that my words can be heard? Is what I am saying actually useful for those I am speaking to?

May we all be blessed this year to hear words spoken with love and to speak words that can be heard.

Rabbi Ebn Leader is a faculty member at the Rabbinical School of Hebrew College.