I love dressing up.  For better or worse, come Sunday I’m usually found roaming the classrooms and hallways of Prozdor with my suit and tie and shiny shoes.  But this Sunday, I’ll be wearing something different. 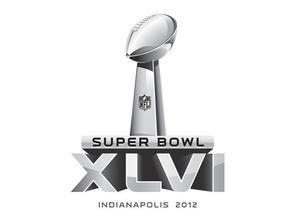 It’s hard to believe that it’s been ten years since the Snow Bowl, Adam Vinatieri, a skinny second-year quarterback named Tom Brady, and the unlikeliest of runs to the Super Bowl.  The joy of that victory, after fifteen years of a championship drought here in New England, was something I will never forget.  Since that day we’ve been spoiled with three Super Bowl titles, two World Series championships, an NBA title, and the Stanley Cup last summer.  It’s been an embarrassment of riches to say the least.

Of all the championships, though, the Super Bowl is the greatest spectacle.  No single sporting event captures the American sports imagination like the Super Bowl; it has become the largest unofficial national holiday that we have.

Certainly we’re biased about the Patriots, but if we remove our geographic bias from the equation there are four compelling Jewish reasons why we should be rooting for the Pats this Sunday:

1. The Patriots spent a lot of time suffering through losing seasons and a terrible stadium before winning the Super Bowl in 2001 and ushering in their dynastic era.  This can be compared to the Israelites’ 40-year wandering in the desert before entering the Promised Land, or almost 2000 years of Diaspora existence before the creation of the modern State of Israel.

2. Judaism is religion where community is an essential component, and football is a sport that can only be played at its highest level by a team working together.  Both a football team and Judaism require the utmost commitment to community and cooperation.

3. Bear with me on this one… New England was the birthplace of religious freedom in the Colonies.  The Touro Synagogue was established in Newport with the blessing of George Washington as a symbol of religious tolerance.  Newport is close to Providence.  Providence is closer to Foxboro and Boston.  There ya go.

4. Patriot owner Robert Kraft is a Prozdor alum and two of his granddaughters are at Prozdor/Makor this year.

And hopefully we’ll be able to make time for a victory parade on Tuesday afternoon before Prozdor.