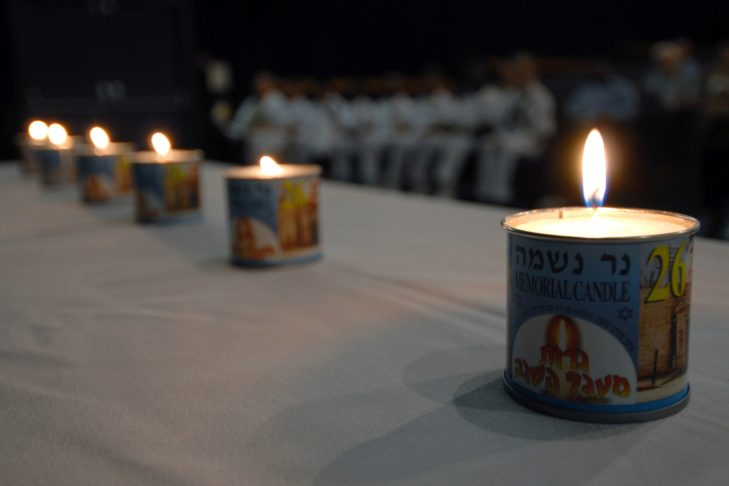 Today is Yom HaShoah, the official Jewish day of observance of the Holocaust and the murder of more than 6 million victims.

When we think of the Holocaust, we naturally think of the horrific atrocities afflicted on Jews and other marginalized groups by the Nazis.

We must bear witness to the horrors of this nightmare and remember:

“Never again” is the Jewish refrain, and we must remember in order to ensure that never again really is never again: for Jews, for gypsies, for people who are mentally disabled, for gays, for political dissidents, for any and every group.

For most, this is the primary, if not exclusive, Holocaust message and mantra. This, in my opinion, is a tragic mistake.

It isn’t enough to only remember the terror, horrors and atrocities.

It isn’t right to only speak of desperation and despair.

It isn’t truthful to only take away examples of victimization, or pass on to future generations only what was lost.

We are also duty-bound to remember the countless acts of courage, the innumerable examples of heroism and the untold demonstrations of inspiration.

In the words of Dr. Viktor Frankl, “Man is that being who invented the gas chambers of Auschwitz; however, he is also that being who entered those chambers upright, with the Lord’s Prayer or the Shema Yisrael on his lips.”

We know this intuitively. We long to hear this message with every ounce of our being. And when we discover such examples, we soak them up like salve to the soul. It is why some of the all-time best-selling books, and to this day at the top of current book lists ranging from self-help to business, from psychology to leadership, from religion to humanism, are often Holocaust books. Even as recently as last week, a list of top 20 autobiographies of all time reserved the top two spots for Anne Frank’s “The Diary of a Young Girl” and Viktor Frankl’s “Man’s Search For Meaning,” respectively.

“[T]here are two races of men in this world, but only these two—the “race” of the decent man and the “race” of the indecent man. Both are found everywhere; they penetrate into all groups of society. No group consists entirely of decent or indecent people.”
—Dr. Viktor Frankl

Why? Because people of all religions, beliefs, ethnicities and backgrounds yearn to bear witness to the evil unleashed by the Nazis. Equally, however, they long to bear witness to the best of what humanity has to offer, examples such as Frank and Frankl, Elie Wiesel, pastor Dietrich Bonhoeffer, the Sisters of Sion, Witold Pilecki (a gentile Polish resistance fighter who willingly entered Auschwitz to rescue Jews) and so many other inspirational Jews and righteous gentiles, along with the countless examples of other seemingly ordinary men, women and children who went to their death heroically and faithfully with the Lord’s Prayer or Shema Yisrael on their lips. Such men and women remind us of what Dr. Frankl taught, that in the end there are only two races, the decent and the indecent.

Yes, there were countless acts of unspeakable evil, so on this Yom HaShoah (Holocaust Remembrance Day), let’s face the Holocaust and shout out “Never again”:

However, it’s also time to turn to the Holocaust and start shouting out today, and every day, the opposite and equal message “Always and forever”:

On this Yom HaShoah, we say “Never again” to the Nazis. Equally we must say ”Always and forever” to these martyrs, these saints and tzaddiks, these righteous and defiant men, women and children.