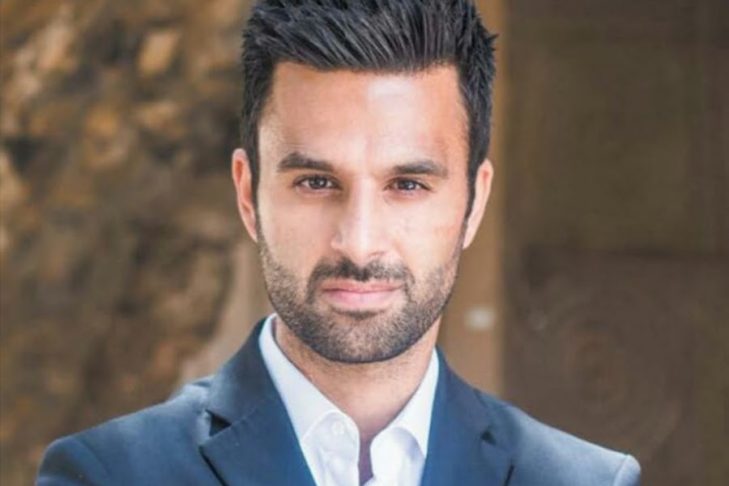 Yoseph Haddad describes himself as a Christian Arab Israeli. A native of Haifa, he served in the Israel Defense Forces (IDF). Israeli Arabs are not required to serve, but Haddad volunteered at the age of 18. A fierce defender of Israel, he spoke recently at Young Israel of Brookline.

Haddad speaks in many venues, including U.S. colleges and universities. “Sometimes I start my talk about Israel without explaining who I am,” he said. “Someone always gets up and says, ‘But you’re Jewish, so of course you defend Israel.’ Then I tell my name, in the most Arabic way, and that I was in the IDF. That gets their attention.”

During the Second Lebanon War, Haddad lost his foot, which was later reattached. His experiences led him and some like-minded colleagues to found the organization Vouching for Each Other. The group includes Jews, Christians, Muslims, Druze and Bedouins. The goal of the organization, said Haddad, “is to bridge gaps of mistrust, to help Arab Israelis become more a part of Israeli society.”

A Haifa native, as a child Haddad moved with his family to Nazareth, the city with the highest Arab population in Israel. “My friends were Christian, Jewish, Muslim, Druze,” said Haddad, now 33. “There was no politics. We all just wanted to play soccer. When you play you count on your friends to help you score; there’s nothing about who is what religion. We relied on each other.”

“When I saw my Jewish friends getting drafted while I wasn’t, I thought, what’s going on here?” said Haddad. “I decided to volunteer for the army and serve my country.” He determined that he would serve only if “I could serve in the best brigade, and that’s the Golani.” The officer to whom he made this demand responded, “This isn’t a grocery store, you don’t get to choose.” Haddad passed the necessary exams and tests and did indeed serve in the Golani. In October 2003, a female suicide bomber killed 21 people and injured 51, including four Arabs, in a crowded restaurant in Northern Israel. “I realized that when a suicide bomber kills, he doesn’t think about who he’s killing. When I joined the IDF I wasn’t defending Jewish people, Christians or Muslims. I was defending Israel.”

Haddad began his service a month later. “For the first time in my life I learned about the Arab-Israel conflict. In the Arab school system I didn’t learn the Israeli national anthem or about the wars of ’48, ’67 or the Yom Kippur War in ’73.” He also learned about the Holocaust. “When I visited Yad Vashem, Israel’s official Holocaust memorial, it was the first time I understood the horrific tragedy that had taken place,” he recalled. Fourteen years later, he spoke in Florida at a Holocaust Memorial Day program. “To speak there was an amazing achievement for me. I feel that as the leader of an organization, I have made an oath to remember, even in Arab society in Israel. It is important for Arabs to understand.”

“They say Israel is an apartheid country, yet Arab officers in the IDF give orders to Jewish soldiers. One of my commanders was an Arab. The captain of the Israeli national soccer team is a Muslim. Thirteen members of the Knesset are Muslim; they speak badly about Israel all the time. When I hear about ‘Israeli apartheid’ I say, enough!”

During the 2006 Lebanon War, a month-long conflict between Israeli and Hezbollah forces, a month before his service was to end, Haddad was sent to the Lebanon border. “We were at a point where we had little food or ammo. I was tired, but we had won every battle.” One morning Hezbollah launched missiles in the direction of Haddad and his fellow soldiers. “We set out to evacuate while treating some seriously wounded.” It took longer than expected and another rocket came their way, passing right by Haddad, hitting a wall. “I flew up in the air,” he recalled. “I knew I was injured. I could barely move. Then I saw that my foot had been cut off.” As he was evacuated, with his unit still under fire, Haddad sang “Don’t Worry, Be Happy.” The other soldiers joined in.

He woke up four days after his surgery. “I looked to see if I had a foot. I saw that I had a foot, although it was attached with a lot of metal. That’s when I started my own battle. It took a year.” One of his doctors had told him it would be a miracle if he could walk with a limp. “I told him I’m going to play soccer. A year later, I went to his office with a soccer ball, kicking it with my foot.”

The experience, said Haddad, “made me feel that I was destined to do better things. If you are 20 to 30 minutes from death, you think about how you want to invest in yourself. I wanted to conquer the world. Something was missing; that something is what I’m doing right now.” He went on to help found Vouching for Each Other.

Haddad was also deeply affected by a commander named Roi Klein, a religious man who wore a kippah. “He talked to me about life,” said Haddad. Klein sacrificed his life to save his fellow soldiers when he jumped on a hand grenade that had been thrown at his unit.

Vouching for Each Other has proposed a national service for Arabs. “This is not the army. This could be a solution acceptable to all. They could work on such issues as education and women’s rights.” He pointed out that Arab news sources are dominated by radical extremists. “The majority of Arab residents are silent because they are afraid.” He acknowledged that he sometimes gets death threats, adding, “But for each of those I get 10 messages of support. That’s what keeps me going.”

Haddad also works with Reservists On Duty, a nonprofit organization established by IDF veterans dedicated to countering the BDS (Boycott, Divest, Sanction) movement and all forms of anti-Semitism on U.S. college campuses.