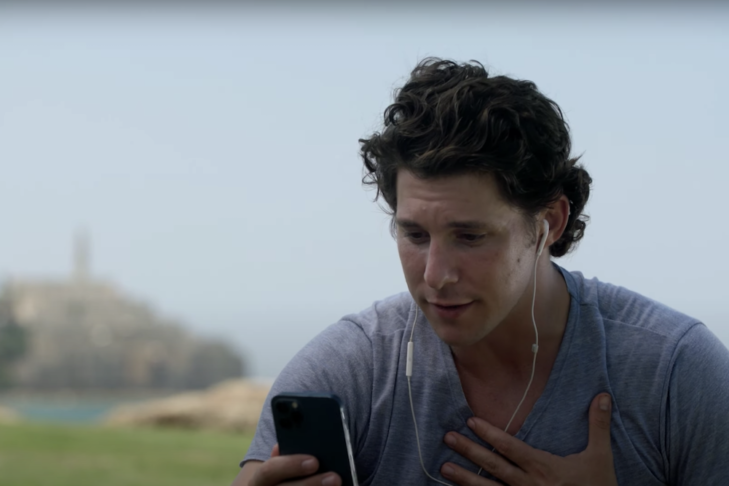 In 1850, the composer and occasional philosopher Richard Wagner published the antisemitic essay “Jewishness in Music.” The screed is infamous for its assertion that Jews were responsible for everything that had gone wrong in art and society. In that essay, Wagner further attacked the Jewish composer Felix Mendelssohn. He asserted that Mendelssohn “has shown us that a Jew can have the richest abundance of talents and be a man of the broadest culture but still be incapable of supplying the profound, heart-seizing, soul-searching experience we expect from art.”

The essay also launched Wagner into the public ‘s consciousness as a virulent antisemite, where he remains firmly lodged. Despite his artistic genius, Wagner is reviled in most, if not all, Jewish spaces. In Israel, live performances of his music are unofficially banned. Over the years, the ban has acquired the gravity of law in the same way Jewish tradition adheres to the observance of a long-time custom as if it were law.

“You Will Not Play Wagner,” a short one-act play that has been adapted as a film, doubles as the sternest of commands. The time is the current day, and the settings are Lenox, Massachusetts, New York and Tel Aviv. Esther, a Holocaust survivor and wealthy patron of the arts, is the benefactor of an annual competition to name the best living conductor in the world. Yakov, a young, exceptionally talented Israeli, is favored to win the competition until he decides to conduct a piece by Wagner for his final presentation.

In a recent conversation with JewishBoston, Lilia Levitina, the film’s director, described the film as “venturing into very brave territory, and hard questions of Jewish identity.” Levitina is forthright about her neutral position on the question of whether Wagner’s music should be performed live in Israel. Neither does the original play deliver any pronouncements, something Levitina admires about the late Victor Gordon’s script. Gordon died in 2021 of COVID-19.

For Levitina, Gordon’s play grapples with going beyond an artist’s biography and only considering the work. “Do we negate the work of artists who were awful people and abusers?” she asked. “One of the things that I love about the play is that it doesn’t give you a definite answer—it doesn’t take sides. It simply poses a question for the audience to think about.”

As with the play, the film unfurls as one long, desperate breath. Esther and Morris, who has organized the competition, become more agitated as Yakov becomes increasingly adamant about conducting Wagner in the contest. For the 29-year-old Yakov, the memory of the Holocaust is distant and even abstract. In the film, he interacts with Esther from Tel Aviv, refusing to live in the past and looking toward the future, which includes the challenge of conducting Wagner in front of an audience. In the original script, he tells Esther, “What a pity to require discussion, never mind explanation. Alright, why Wagner? So, two reasons. One: Why not? What acceptable reason? To not play Wagner here is a tradition that is stupid—no more. What law? Nothing, just, ‘You will not play Wagner!’ From that there’s no gain, only much to lose.”

Although Wagner died in 1883, his music was very much in vogue during the Third Reich. It was widely considered that Wagner was Hitler’s favorite composer, and his music was broadcast over loudspeakers in concentration camps. In the play, Esther, a violin prodigy, was forced to play Wagner’s music in a concentration camp orchestra. She tells Yakov: “I was just a child, forced, on pain of death, to play it—Wagner, arranged for a camp orchestra—and what makes it worse, I live with a terrible irony. Were I not able to play the violin, were it not for this music, this Wagner, I would not now be alive. Is that not dreadful? To find myself having to feel some gratitude for this monster?! It violated me then and still does, even more so because now I realize from where it comes. Do you know what I hear? What I hear is terror; what I see are line upon line of sick, dead Jews—yes, that’s right—I see them stumble past, forced to sing on their way to break rocks in a Polish quarry, to sing on the whim of their guards, beaten if too loud or too soft, beaten, beaten, while we, the band, scratch our violins to entertain the officers who at any time could end our lives, just for playing a wrong note.”

Levitina pointed out that historians have refuted that Jewish prisoners in concentration camps played Wagner live for their captors. Jewish musicians were prohibited from playing all German composers. “Wagner,” she noted, “is surrounded by myths. Yes, he was an antisemite, but his music was never performed in concentration camp orchestras. But I didn’t argue with Victor over [Esther playing Wagner in a camp] because I love the fact that it’s not true. It perpetuates the myth of a myth in our understanding of history, in our understanding of an artist and the interplay between the two.”

Levitina sees the violin as a symbol of Esther’s happy childhood and her losses in the Holocaust. “The plot line of the violin becomes very important in developing the arc of Esther’s role,” she said. “As we think about the trauma of the camps, and Kristallnacht, the violin is the embodiment of the play’s conflict: When the past comes to the foreground, how do we reconcile it with the present?”

“You Will Not Play Wagner” features Boston-based actor Annette Miller as Esther. Filming took place in Miller’s Berkshire home. Levitina traveled to Israel to direct the scenes with Ofek Cohen, who plays Yakov. “Like the play, it’s a short movie,” said Levitina, “but it will be the basis of long and provocative discussions on whether Israel’s ban of Wagner’s music is still relevant.”

“You Will Not Play Wagner” is a virtual play created by JArts TheaterWorks, directed and produced by Lilila Levitina and starring Annette Miller, Avi Hoffman and Ofek Cohen. Get tickets for the Boston premiere on Nov. 16 here.