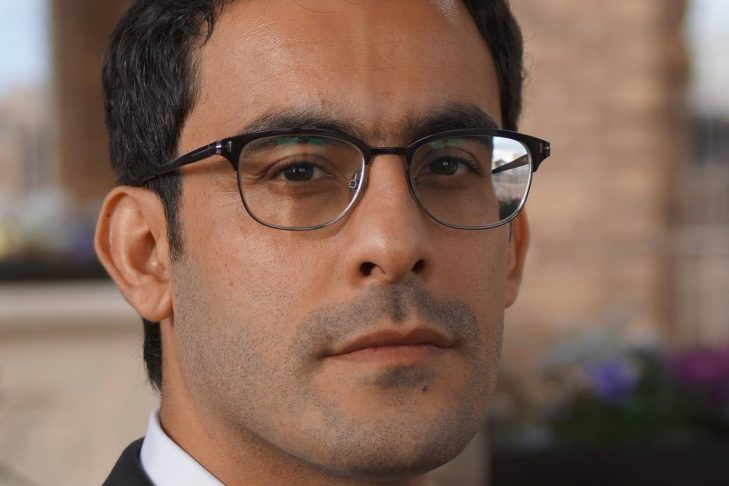 Yousef Bashir was 11 years old when the Second Intifada began in 2000 and the Israel Defense Forces took over his family home and farm in Gaza. The land had been in the family for over 300 years. Bashir’s father, Khalil, refused to move. For the next five years, up to a hundred soldiers occupied the second and third floors of the house at any given moment. “They smashed holes through the upstairs walls to set up gun positions,” Bashir writes in “The Words of My Father.” “They covered all the windows with camouflage netting and installed automatic machine guns at each corner of the roof.”

The Bashir family, which included his parents, seven siblings and grandmother, were confined to the living room at night. They needed to receive permission to enter their kitchen to cook or to use the bathroom at night. They were only allowed to leave the house during the day for school or work.

Throughout their ordeal, Khalil remained cordial to the military and steadfast in his belief for peace. Despite the daily humiliations, he called the soldiers his guests and invited them to have coffee with him. The invitation was rebuffed over and over, but Khalil never stopped asking. He was grace under pressure when the soldiers made him undress to ensure that he wasn’t bringing weapons into his home. All of this duress attracted international media attention. The BBC and CNN regularly reported from the family’s home, highlighting Khalil’s unwavering commitment to peace.

Yousef was alternately terrified and angry throughout those years. The culmination of that fear and anger happened in 2004, when he came home from school and found three United Nations officials visiting his father. From their guard tower next to the house, the Israelis ordered the U.N. officials to leave. As Yousef and Khalil accompanied them to their car, a single shot rang out. An Israeli soldier had shot Yousef in the back with an M-16 automatic rifle.

Through his father’s connections, Yousef was admitted to Tel HaShomer Hospital in Tel Aviv. It was the first time the boy had positive interactions with Israelis. Despite his rage toward Israeli soldiers—military officials visited him in the hospital to apologize but Yousef refused to acknowledge them at the time—he grew close to the other Israeli and Palestinian patients. The Israeli nurses were kind; the doctors were caring. Yousef found himself appreciating his father’s hopes and dreams for peace. In subsequent months, Yousef endured many surgeries and painful therapies.

In the second half of the book, Yousef rallies and goes to Seeds of Peace camp with Israeli kids in Maine. It’s his first time in America and his first time speaking publicly about his experiences in Gaza. Yousef eventually wins a scholarship from a boarding school in Utah and begins his rocky journey toward peace. He ultimately graduates with a master’s degree from Brandeis University.

Bashir recently spoke to JewishBoston about his late father, Khalil, his new memoir and his hope for peace between Israelis and Palestinians. 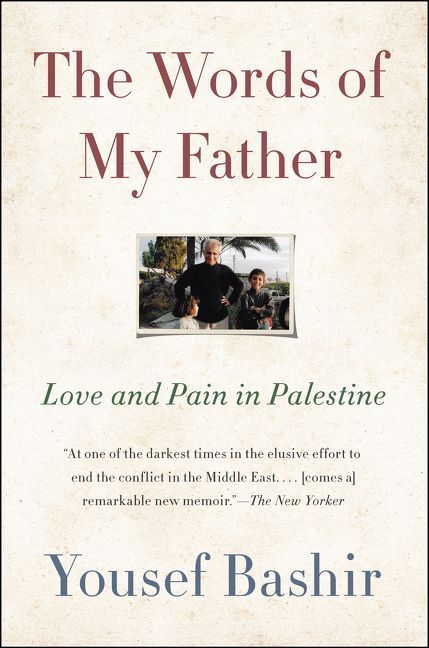 How can a Zionist like me reconcile the behavior of Israel’s soldiers, who held you and your family as virtual prisoners in your house, with the Israel I know and love?

I’ve never been asked that question before, and I appreciate you asking me. Is Zionism about taking over a house and shooting a 15-year-old? The obvious answer to you is no. I want to find a way to reconcile what Zionism stands for and how it became a movement where we all work and come together. Zionism was never about someone taking over a house. That’s the best advice or answer I can give you. Having said that, no one brainwashed me against the army. I saw it in my own living room, and yet my dad kept reminding me that Jews are good. He said I had to distinguish between Judaism and Zionism. The Jewish faith seeks peace, and to live in harmony. Jews feel they are God’s chosen people and have an even higher form of responsibility to do the right thing. The Jewish people have been suffering for all of their history. I hope you never change your views of Zionism, but I hope you also take the initiative to see what Zionism is about and should be about in today’s world.

After an Israeli soldier shot you in the back, you were eventually transported to a hospital in Tel Aviv. You write extensively about the relationships you formed there. How do those relationships continue to nurture your desire for peace?

First of all, my dad explained what the soldiers were doing in my house. Then all of a sudden I’m in Israel surrounded by different Israelis. Until then, I thought Israelis were only capable of pointing a gun at my dad. Suddenly they are lifting me up and teaching me how to walk and swim again. That was very transformative for me. To this day, with every step I take, I am reminded of the Tel HaShomer Hospital. Yet nothing has changed. I could argue that things are worse for my people. For example, Israel never stopped building more settlements. But I look at this from the standpoint of faith. If I didn’t, I couldn’t write this book and share it with Jewish audiences across the United States.

How do your father’s wisdom and commitment to peace continue to inspire you?

I would need to write 10 more books to explain my dad. In the end, I only spent five memorable years with my father. Starting in 2005, I truly came to see my dad through many lenses in a short period of time before he died in 2010. Those five years are all I have of him. But I saw him as a husband, a father and a headmaster. I saw him dealing with the soldiers in our house. Despite my questioning him about his strategy, he got our house back. It was the most amazing thing I have ever witnessed. He never used the rhetoric of revenge. He stood his ground and was true to his message. In the end, after the last soldiers had left, my father went upstairs and said, “I told you we’d get the house back.” That was when I was fully convinced my father’s ideas weren’t just romantic; they truly worked.

At the end of the book, you write a letter to the soldier who shot you. How were you able to forgive him?

I forgave him for my father. When I was paralyzed in a wheelchair, my father told me to think of my situation as an opportunity. My mother said a new door had opened for me. At the time, the things my parents told me didn’t register with the kid stuck in a wheelchair. Fifteen years later, I walked, I wrote a book and I went to college in the United States. I got everything I dreamed of because of what my parents said to me on that day.

The letter makes two important points: That I stay committed to my dad’s message and that I stay true to what could be possible for me in the future. I didn’t want to use my pain. To my dad, doing that would be the ultimate defeat. The painful actions of others should not define what kind of human beings we’ll be in life. We are peaceful people, and the soldiers were wrong. They didn’t need to do 90 percent of what they did in the house. I was not going to let their actions determine my future. Plus, my dad didn’t want me to add another layer to the cycle of rhetoric and violence that has been happening in Israel for years.

I still have nerve damage in my back, and I get frustrated and mentally tired at times because of that experience. The pain is still there no matter what I do, but I’m always thinking of my father. I would let him down, especially after everything he did for my family, my people and me.

Building on your work with Seeds of Peace, what is your vision for the future?

The first time I spoke about my experiences publicly was at the Seeds of Peace camp in Maine. And I’ve been speaking out ever since. I am currently a Seeds of Peace Fellow. Like the camp, the fellowship brings together people including Israelis, Palestinians, Egyptians and Pakistanis. Some of these people have become authors. Some have opened a school in Bosnia that brings together Israelis and Palestinians. Some work on hunger issues. All of them have a vision of promoting human connection.

What are you doing now?

I’ve been on a book tour since February and presented at the Jewish Book Council. The PLO office where I worked as a congressional affairs advisor shut down in December. My work had consisted of promoting Palestinian interests and engaging congressional staffers. I think we Palestinians deserve better and more representation in Congress and across the country. I have been in the United States long enough to see that many Jewish Americans are not against Palestinians. It’s time for Palestinians and Congress to have more conversations that lead to policies based on an understanding of what’s happening on the ground. Although it’s not the right time now with the current administration, when we are upset with each other is when we need representation. The PLO office in Washington, D.C., should be reopened.

I also like to think I am spreading my dad’s message. The world has been generous to me despite some of the unjustified things that happened to me. I want to make this time count not only for my fellow Palestinians but for my fellow Israelis, some of whom are convinced they don’t need to live in peace with me. I want them to understand that a life of war doesn’t have to be our destiny.

This interview has been lightly edited and condensed.