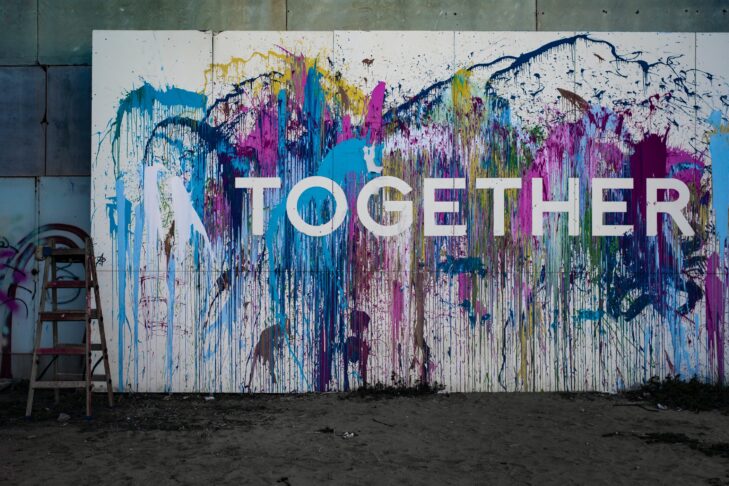 Between what seems to be a hopeless battle against the coronavirus, a trade war with China, a rancorous election year and riots all over the United States, it seems as though America has really got it bad this time. The choices now are clear and simple: Keep trying to put out each fire separately or accept and finally embrace the differences and rejoice in the benefits they give to the nation.

Currently, the chasm between blacks and whites in America is insurmountable. It has not been bridged since the liberation of black people from slavery and it will not be bridged at any time in the future if America continues to tread the same path. Even without official segregation, the segregation in the hearts reigns high on both sides and this is the heart of the problem.

All people and nations are different. They are not better or worse because of their color, character, tongue or culture. In fact, whatever the ethnicity, deep down, we are all selfish to the core. This is human nature, or as the Bible puts it, “The inclination of a man’s heart is evil from his youth.” The question isn’t who is right and who is wrong, since when people act out of hatred, they are always wrong. They always feel that they are right, but they are always wrong because they want not only to undo injustice, but to take revenge and humiliate the other side. If you don’t believe me, take a look at the riots in your city and decide for yourself whether they are protesting the death of George Floyd, or venting their hatred and violence.

The situation is even tougher because an election year always highlights the differences as parties try to draw votes by fanning the hatred between ethnicities and faiths. But it seems like America has no choice; it is on the brink of collapse. The situation is extremely volatile, and caution and care are mandatory at this point.

Americans must recognize that the factions of society are all interdependent and can’t live without each other. America consists of whites, blacks, Hispanics and countless other ethnicities and faiths. In such a state, tensions are bound to happen, and the only option is for all to learn to live together.

And by learning to live together, I am not referring to the separation and hostility that exist today. Together means that each element in American society brings its unique qualities to the common pot and fuses into the American whole, which is bigger, more beautiful and far more powerful than any of its individual parts could be on its own.

The power of American society is in its diversity; it just hasn’t realized it. Each facet has its unique beauty, qualities and characteristics. When you employ these unique traits for the common good, America can literally achieve whatever it wants, if it only decides to work as a united nation rather than as a fractured land mass.

Perhaps the best example of collaboration of different elements is Mother Nature herself. When you look at any being in nature, you’ll find that it consists of countless unique organs. Even dual organ, such as lungs, are not identical. At the same time, the organs are all equally contributing to the body everything they can to sustain its well-being. Despite the differences between the organs and sometimes even complete oppositeness, there is no hatred among them. On the contrary, there is support and appreciation among them, or they wouldn’t be able to collaborate in maintaining a healthy and vibrant body.

As it is in all of nature, so it is in America or in any country, for that matter. Whatever factions are in it, they are there as organs and exist so as to work together for the benefit of the entire country. Any other perspective will and does yield endless fighting and eventual disintegration. Now we can see more clearly than ever that America’s choice is to rise above the hatred and collaborate for the sake of the bleeding nation, or let it bleed until there is no nation.