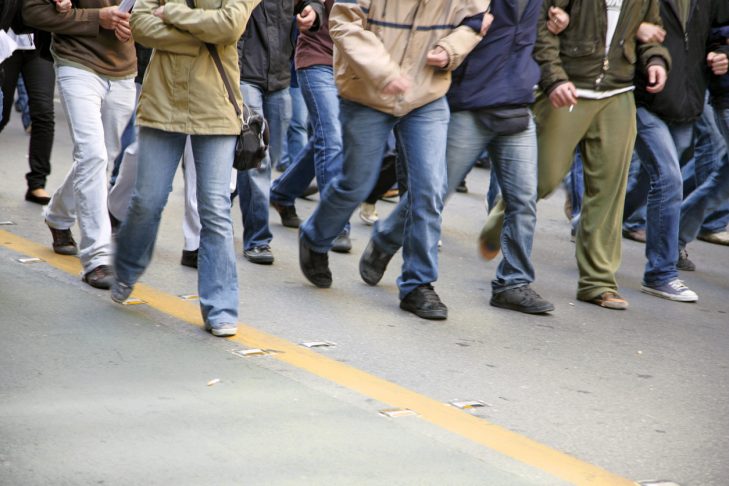 I’m not popular. I never have been. Don’t get me wrong; I’ve always had friends, close friends, but even as a high school and college cheerleader, I was never one to hang out with the cool kids. I never cared for the group dynamics of the in-crowd and have instead marched to the beat of my own little drum, singing along in my off-key tune. But every now and then, I hear my song playing in the distance, growing louder with the roar of new voices. That’s when I pause. I take a look at the bandwagon approaching, and I get the F out of the way.

During my senior year in college, the unthinkable happened: 9/11. The world stopped. We gathered; cried. Even those who had never tasted a pastrami on rye stood in solidarity with their New York neighbors. Within days, the stars and stripes began popping up on every flagpole, car antenna and lapel. While I have always believed in active civic engagement and supporting those risking their lives for our country, I felt uncomfortable.

Like an itch from a tag on a new sweater—it may look nice and fit well, but something just isn’t right. My cheerleading team wanted to wear red, white and blue hair bows, as the volleyball team, dance squad and a number of other groups were already doing. I couldn’t do it. I tried to explain my reluctance, incoherently rambling on about group mentality, mass thinking and nationalism leading to xenophobia, but I could see the eye rolls. We ended up wearing black ribbons—to honor those who passed—while some of my teammates grumbled, bemoaning my stubbornness and their lack of American flair in their hair.

A couple years ago, streets were flooded with pink hats and posters promoting women’s solidarity. As a former women’s studies major and ardent feminist who’s been involved in numerous organizations to further women’s rights and gender equality, some folks were surprised they didn’t see me don the knitted ears that were ever-so-popular. I have to admit, I was tempted. After years of being called a “femi-nazi” (which, of course, is problematic in so many ways), the band was finally singing my song. But, once again, something didn’t feel right. People who had never heard of Simone de Beauvoir or Audre Lorde were suddenly marching in formation to Beyonce’s “Run the World (Girls).” I wondered, where have all these women been for the past 40 years? But, more importantly, where will they be next week, next month or in the challenging years ahead when the pink hats have long been tucked away but the world remains largely the same?

Today, as I scroll through my Facebook feed, I see a number of fists in the air, #BLM posts and “blackouts.” When the first few people started talking about “checking your privilege,” my initial reaction was, “Nice, another Peggy McIntosh fan!” with memories bringing me back to inspiring speaking engagements, stimulating conversations and pushes for change. But once again, when I peek backstage, some of the band’s instruments ring hollow. Many of selfies with signs and hashtags are posted from the same folks who talk incessantly about their home remodeling yet seem annoyed if I try to steer the conversation toward issues of neighborhood segregation or gentrification.

When the Lululemon moms chatted on about the TOMS shoe sale at Nordstrom, I chimed in about the problem “buy one, give one” campaigns can have on developing nations’ economies. Again, eyes rolled and one of the cool kids explained, “It just makes me feel good to do something nice.” While I can appreciate wanting to help, most issues are nuanced and require comprehensive, long-term approaches by people and groups willing to work toward solutions long after the fervor subsides.

I don’t completely discount the benefits recent crusades have had on bringing awareness to some of our societal problems. Historically, movements have inspired great change in this country and others. But those movements did not make history from newly “woke” devotees supporting an in-vogue cause. They were fought over decades by those who were often shunned by the larger community, yet continued to make themselves heard even when it seemed like few were listening. Most were far from popular until many years later when public opinion finally started to shift.

So, as I watch this current bandwagon roll through, I step aside. I’ll continue to back the same causes I have always championed, singing my song as the cool kids drive by with the radio blasting, wondering who will still be singing when the song is no longer topping the charts. 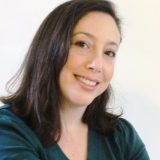 Nicki Ramshaw
Nicki Ramshaw is an educator, writer, actor and, most important, mom to two young children. She resides in Needham with her family and is always looking for ways to participate in Jewish life in and around the Boston area.