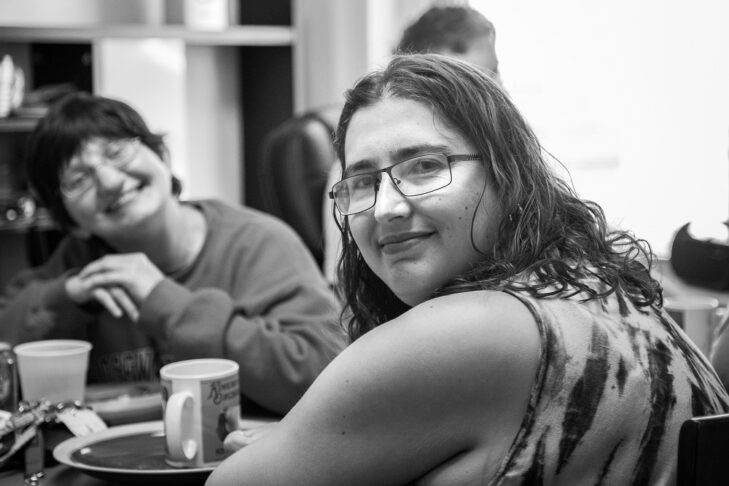 “What do we want our community to look like?” This was the question posed to residents in our CHAI Supported Housing program during their first group dinner of 2020. In the past, these weekly dinners for adults with disabilities did not grapple with such thought-provoking concepts. Typically, Supported Housing staff members would remind residents of upcoming social/educational events and check in with them about their week.

This January, however, the Supported Housing team decided to elevate the types of conversations residents have before dinner. “We were just at the start of the new year and we had a few new residents,” said Jacob Oppenheimer, a service coordinator for the Supported Housing program. “So, it was a great time for new beginnings.”

Residents have responded enthusiastically to the redesigned group dinners, and the discussions they have had are already having a positive impact on the Supported Housing program. Together, residents are enhancing connections with each other, improving their social skills and thinking deeply and intentionally about creating the kind of community they would like to be a part of.

Taking Every Opportunity to Teach 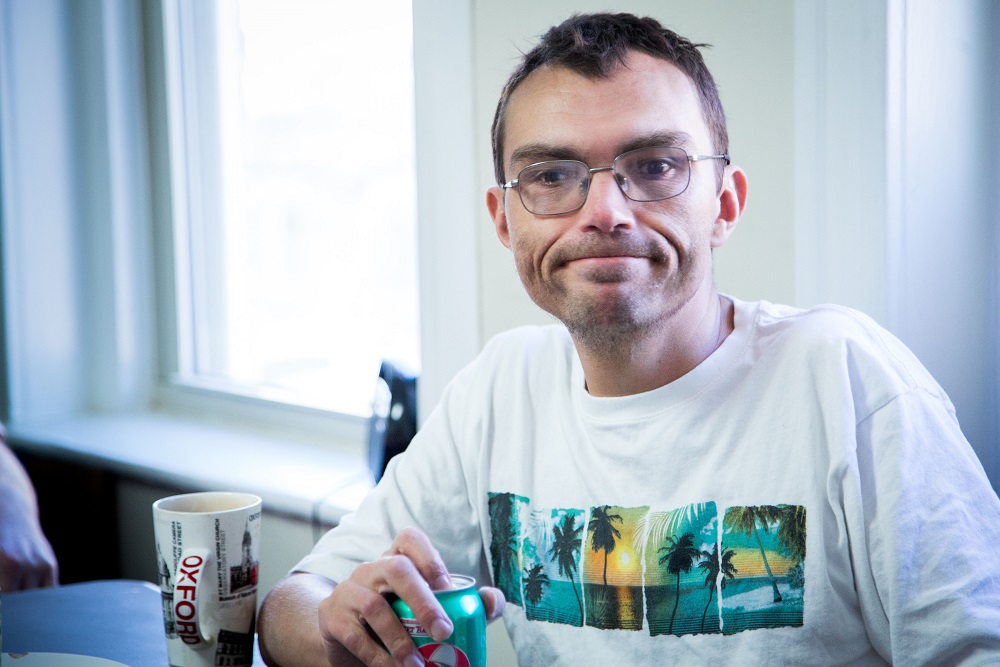 The idea for these more structured community dinners was born out of conversations between Jessica Goudreault, a senior residence manager for the Supported Housing program, and Angela Waring, our respite and recreation program manager. In the fall of 2019, Angela had created a 100-page curriculum for facilitating social groups and dealing with conflict. Jessica and Angela realized that this curriculum wasn’t just applicable to the respite/recreation groups at JF&CS; it would also be a natural fit for the Supported Housing community dinners.

“Every opportunity we have to teach our participants social skills is so valuable,” said Angela. “And anything surrounding food is perfect because it naturally brings people together. These community dinners are a wonderful time to challenge residents and let them learn something.”

Angela was introduced to Jacob, who shares a similar interest in social group dynamics, and they collaborated on a plan to revamp the weekly Supported Housing dinners.

During the first group dinner of the new year, residents were tasked with defining the things they want from their community and determining how they can achieve these goals. The residents engaged in a lively brainstorming session, and one participant acted as a scribe, jotting down the numerous ideas that were generated. Ultimately, the residents decided on three maxims that should define their community:

1. Treat each other respectfully.
2. Appreciate each other’s differences.
3. Get to know new people.

“We were really impressed with the principles the residents came up with,” said Jacob. “They did an excellent job of identifying the values that make a community welcoming to everyone.” 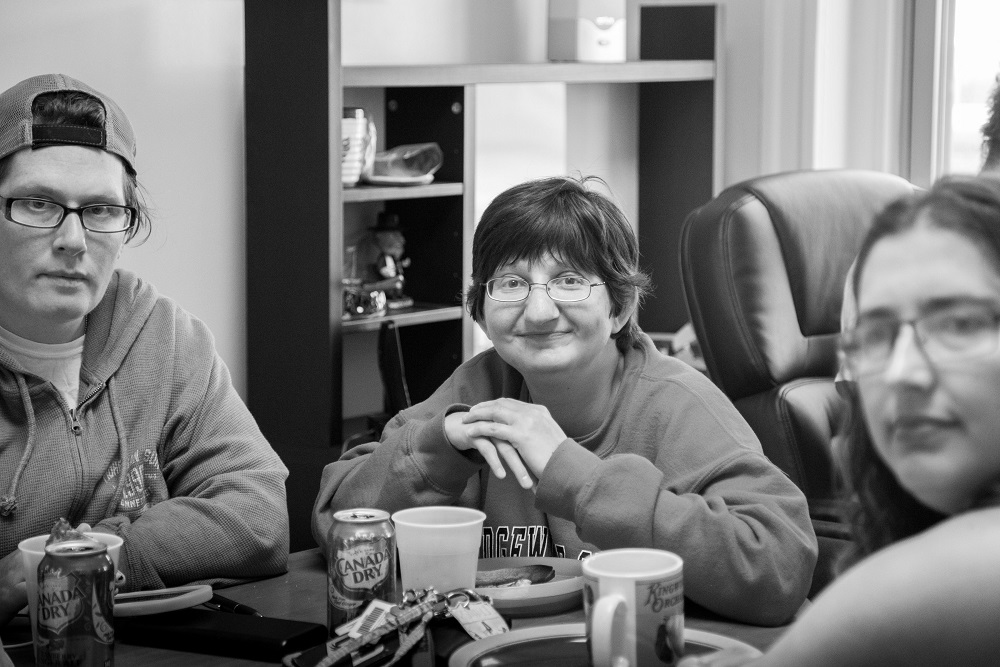 While Jacob led the first group dinner of 2020, the next session was led by Dana, a resident who had volunteered to take the reins. “What a wonderful confidence boost for her,” said Angela. “It is so great when our participants can take a leadership role.”

For this session, Jacob asked the residents to create a motto that encapsulates their community. Once again, the participants worked together to brainstorm and combine their diverse ideas into one shared vision.

As they worked on their motto, the residents were able to put the principles they had identified the previous week into practice. “Sometimes, the residents disagreed with each other about what should and shouldn’t be included in the motto,” said Jacob. “But they tried to do so in a respectful way, without interrupting or being overly negative.”

After much discussion, the residents finally agreed on the following motto: “Living together, thriving together. Independence is possible.” The participants took tremendous pride in coming up with this slogan, and the Supported Housing team is planning creative ways to weave it into the fabric of the program. “We would love to have the community expectations and motto hanging around the building in pieces of artwork,” said Jacob. “We’re also going to order T-shirts with the slogan.” 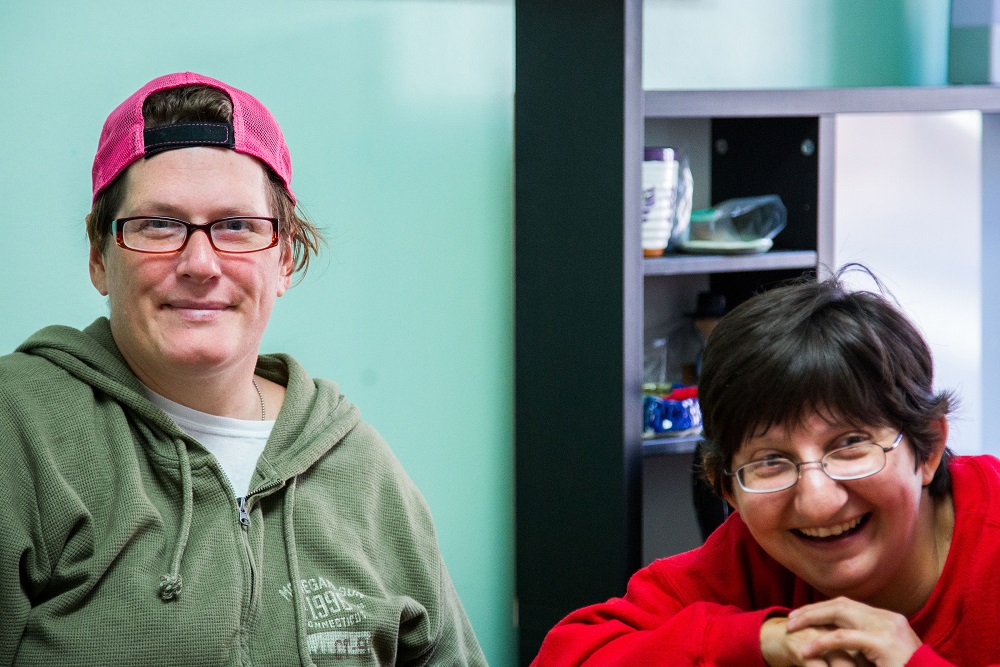 The goal of the Supported Housing program is for residents to live as independently as possible, and it is already clear that the restructured community dinners are furthering this mission. “Society often underestimates people with disabilities,” said Jacob. “Well-meaning people think they are helping by doing things for them. So, I think it means a lot for residents to take ownership of their experience.”

Having defined their own community expectations, the residents now have the language they need to remind each other to live up to their shared principles. Supported Housing staff members can be less involved if residents are prompting each other to be empathetic and respectful.

The dinners themselves are a microcosm of society, where the residents can practice important skills that they can apply outside the walls of their apartment complex. “The residents have always taken the lead with preparing the food for the community dinner,” said Jacob. “If, eventually, they could also run most of the meeting themselves, that would be an over-the-moon success.” As the community dinners evolve, Jacob and the rest of the Supported Housing team look forward to seeing how residents continue to grow and learn from these weekly discussions.